VIDEO: Firefighters Risk Their Lives To Save Fast Food Shop 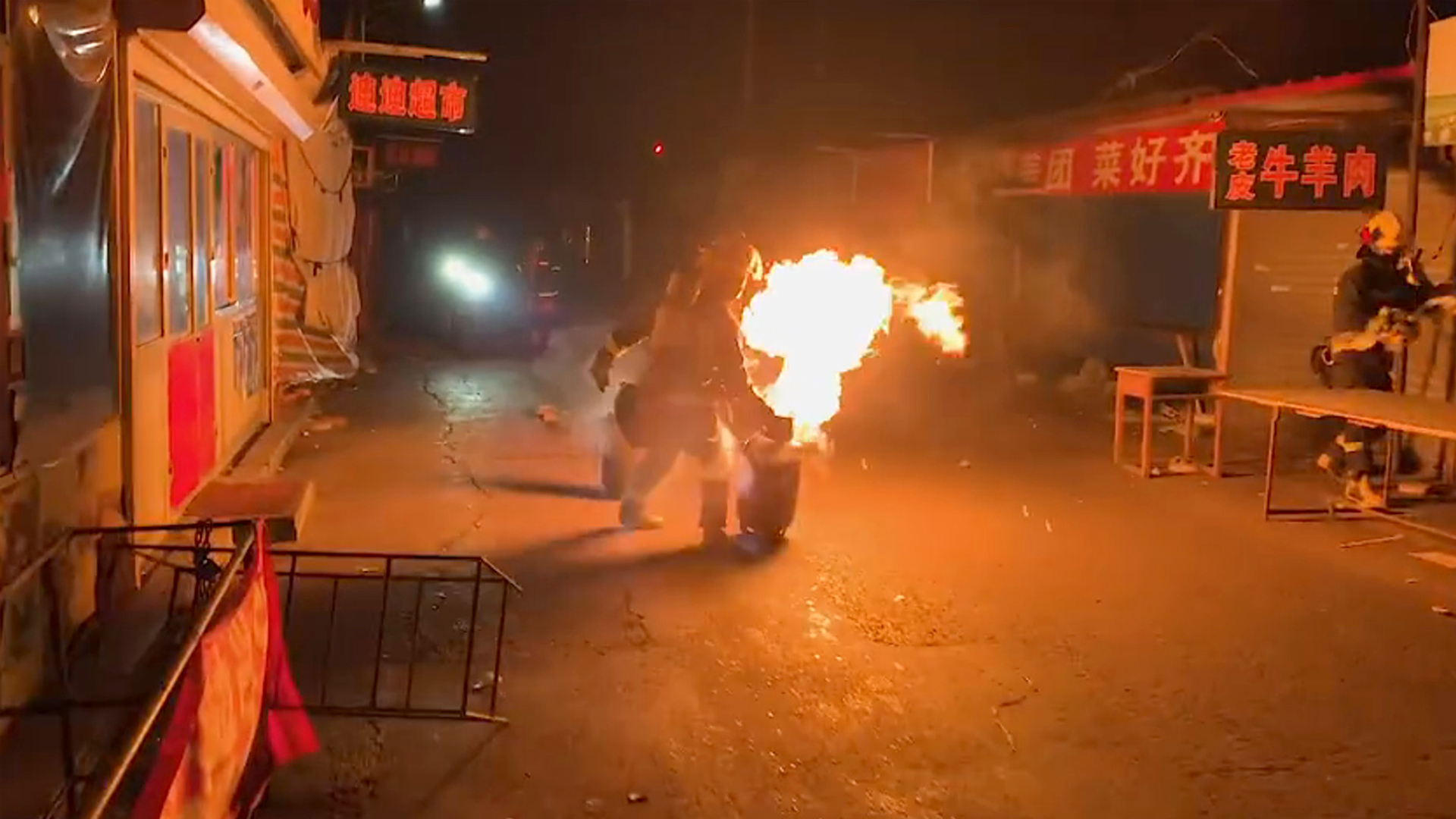 FUSHUN, China – Firefighters risked their lives to transfer blazing liquefied gas cylinders from a burning building, despite intense heat and the risk of an imminent explosion.

The city’s Fire Rescue Detachment received an alarm on the night of Feb. 6 about several stores on fire in the Dongfuping Road Market.

“Two water guns were immediately ordered. It was positioned in such a manner that it could reduce or stop the spread of fire,” said Lu Pin, commander of the Fire Rescue Detachment. “The special service officers were instructed to demolish the sliding door to enter the burning building.”

Three fire trucks and 15 firefighters responded. One of the stores on fire was a breakfast shop that stored steel cylinders of liquefied petroleum gas, an extremely flammable gas that is often used as fuel for cooking.

After the sliding door was demolished, a fire hose was used to create a safe passage through the store, and Lu Pin can be seen in the video carrying a still-burning liquefied gas cylinder outside to a safe distance away.

One of the firefighters is seen spraying water through pipes to help douse the fire. Photographers are seen capturing the moment.

The liquefied petroleum gas was under pressure as flames burst from the containers, all of which were removed by Lu Pin and the other firefighters.

The fire was extinguished in 40 minutes, and no casualties were reported. The cause has not yet been determined.

In China, the distribution of the population, the spatial organization of the cities and the rate of development all present challenges to firefighters and first responders, according to a 2018 report by the WPI- Tsinghua University Center for Global Public Safety.

China’s Ministry of Housing and Urban-Rural Development improved provisions for the review and acceptance of fire protection design of construction projects. The adjustments  were implemented on June 1, 2020.