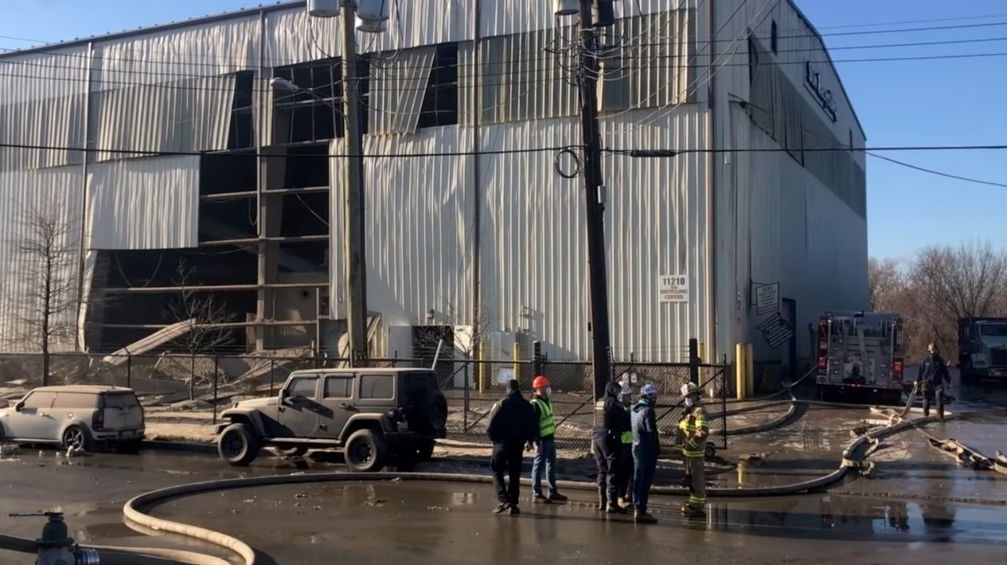 Aftermath of the warehouse explosion.(@PGFDNews/Newsflash)

BELTSVILLE, Md. — Workers were safely evacuated from a warehouse on the verge of collapsing after massive explosions.

The cause behind the Feb. 5 incident at the recycling warehouse in Beltsville, Maryland, has not been determined.

Surveillance video shows a huge cloud of smoke blowing out of the single-story warehouse. Workers in neon yellow outfits can be seen rushing to get to safety.

The next video shows the building nearly collapsing after the explosion. One warehouse filled with smoke as firefighters began evacuating workers.  While they were on the site, another explosion took place.

A picture was shared by The Prince George’s County Fire/EMS Ddepartment on its Facebook page.

“Further details of the incident will come out after the investigation is completed” said a Prince George’s County Fire official.