Man Ridiculed For Watching Woman Dig Her Car Out of Snowdrift

TikTok users give idler the cold shoulder for leaving a woman to do all the hard work.
By Flemming Emil Hansen February 16, 2021
Facebook
Twitter
Linkedin
Email 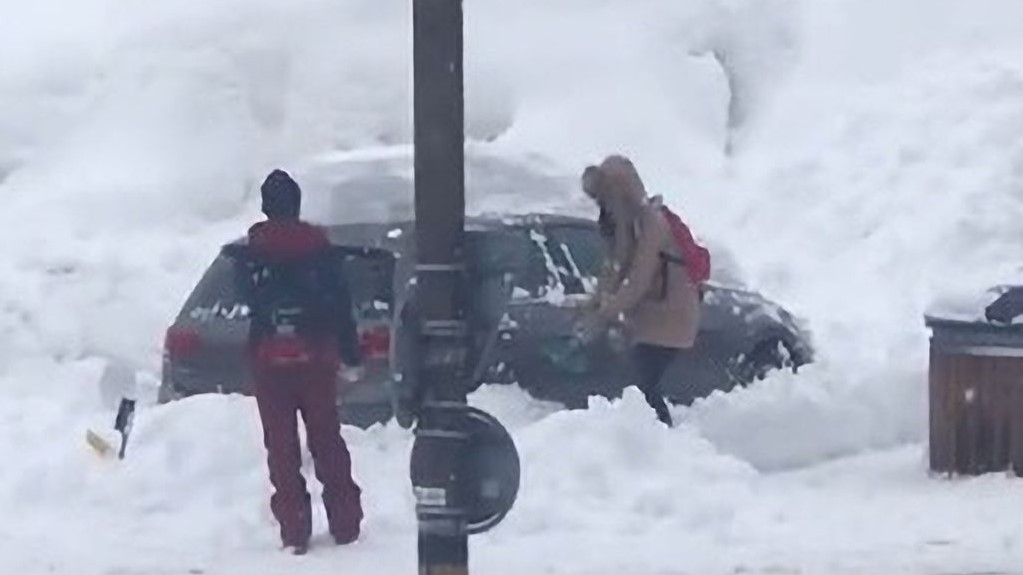 A woman shoveling snow, while a man stands and watches. (Newsflash)

ZURICH, Switzerland — A video has been circulating online that has sparked a heated debate whether chivalry is dead after a man stood watching his girlfriend shovel snow around their car at a Swiss ski resort.

The footage was shot by Swiss TikTok user and nursing assistant Justyna Spiess from the city of Zurich, who noticed a woman shoveling snow around a car while a man stands and watches her in the Alpine town of Davos on Jan 29.

“This is how emancipation works!” she posted on her TikTok post.

“I could see that they were a couple, they were talking and joking together when they walked towards the car. But then he just stood and watched or made snowballs what she got round to the business of cleaning all the snow off the car. He didn’t do anything to help,” she said.

Spiess went on holiday in the Alps with her husband, but got sick and stayed inside their rented apartment where she spotted the incident.

The 41-year-old woman explained that she doesn’t have a problem with the idea of sharing responsibilities, but as a man, she would have been ashamed in a similar situation.

“I used to do martial arts and I can still lift my husband today,” she said.

However, she said it was another thing to stand by and let the woman do all the work especially when the man is supposed to have the necessary muscle strength for such a task.

Her post has resulted in a heated discussion on the internet, and whether the video is about emancipation or whether the man should have acted with more consideration.

The clip has been viewed more than 14,000 times and is growing at lightning speed. People are divided in the comments section over the chivalry of the man and whether his decision to not help was right or wrong.

Katja Rost, a sociology professor at the University of Zurich said that no judgments should be made without knowing the background of the story first.

“It might be that the man could not help due to medical reasons. I think it is completely wrongly classified,” Rost said.

“He had on sports gear and was clearly heading off to enjoy the slopes with his partner. If he can do winter sports, he could have helped clear the car. And in any case, he was walking around and moving exactly like somebody who had no health issues,” Spiess said.

As per data, snowfall in Switzerland is quite prevalent from January to April and October to December. The average snowfall in the area goes around 171.6 inches or 435.8 centimeters.