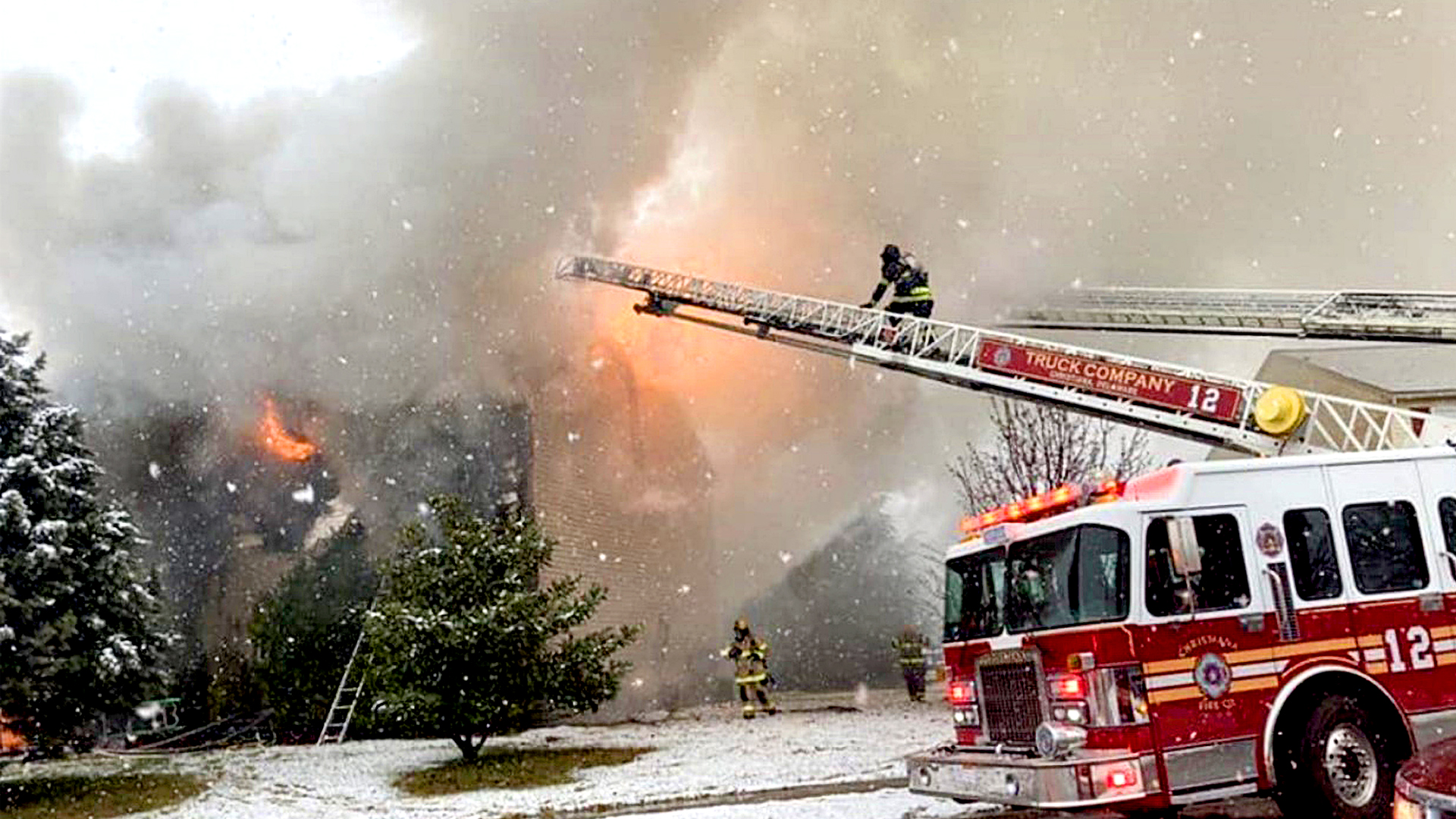 DELAWARE, USA — A body cam video released by the Christiana Fire Department tackling a huge house blaze in the United States region of Delaware on Feb 8 highlights the dangers of the firefighting profession.

Firefighter crews worked together to tackle a fire at a Wilmington Manor house in New Castle County, Delaware. The house fire was the first such case for the fire department in February 2021.

“Engine 12, Ladder 12 and Chief 12 (12-8) responded to box 3210 in Wilmington Manor’s local for a house fire. Station 12 units were the second arriving companies,” reads the statement by the Christiania Fire Station. “Engine 12 secured Engine 28’s hydrant and stretched their back up line and assisted with extinguishing fire on both floors. Ladder 12 assisted with the primary searches on both floors, ventilation, and opening up for the engine companies. Chief 12 assisted with the command operations.”

Meanwhile, the crew facilitated the primary searches on both floors, regulated ventilation, and opened up for the engineering teams.

“The Chief 12 team was mainly in charge of supporting with the command operations,” said the department.

Christiania, Delaware has one of the most interesting stories of the State and North East region. It was one of the biggest trading ports between Philadelphia and Baltimore but ultimately was declined in size and importance after the birth of the railroad and C&D Canal.

However, it has found itself nestled in the center of a reborn and thriving rural area due to the construction of Interstate 95 and State Route 1, as well as Delaware’s biggest hospital and shopping mall.

The fire authority did not report any rescues during the call out.

National estimates for residential building fires and losses in 2018, the most recent year for which data are available, for the US is that there are 379,600 incidents of fires with 2,790 deaths and 11,525 injuries. There was a loss of $8.2 million during this time.

National estimates for the leading causes of fires in residential buildings for 2018 suggest that there had been 192,700 fires due to cooking. Heating caused 35,700 fires followed by other unintentional, careless incidents that lead to 28,600 incidents with 25,700 cases of an electrical malfunction being reported.