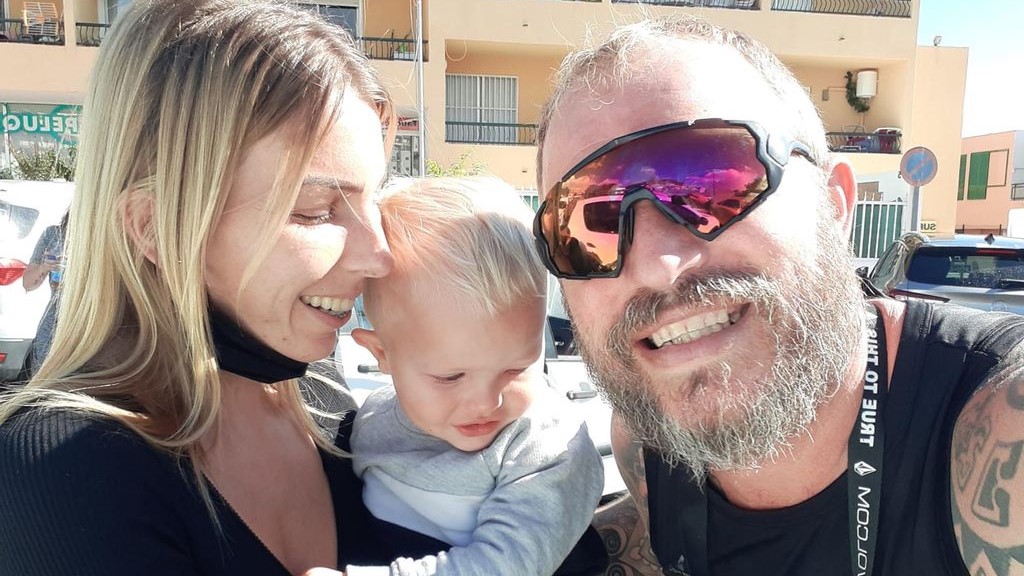 TENERIFE, Spain — A British DJ, along with his toddler son, is on a journey to take on the Ironman challenge to raise money for charity.

Ben Simington overcame drug and alcohol addiction by embarking on a grueling mission to complete a triathlon, cycling ascent and descent of  Mount Teide, a volcano, (8,200-foot ascent over 62 miles), a half-Ironman and a full Ironman, all in four months, with his 19-month-old son Kingsley in tow.

“My dream was to work as a DJ. I got some great opportunities and played all over the world for some of the best nightclubs and festivals around. As many people do in this industry, I started to develop a serious drug and alcohol dependency and before I knew it, it had spiraled out of control,” Simington said.

“One night, I realized enough was enough, and I was going to lose everything I had worked for, my family and my career,” said Simington, who lives on the Spanish island of Tenerife in the Canary Islands, where he is the resident DJ for the Papagayo Beach Club.

An Ironman triathlon, considered one of the most difficult one-day sporting events in the world, is a 2.4-mile swim, 112-mile bike ride, and a full marathon — 26.2 miles, in that order.

Since then, he said, “My life has changed completely.”

The idea to take his son along came from watching a Netflix documentary about a father and son doing an Ironman challenge together for charity. Simington  decided to take it even further and do four challenges.

He uses specially made buggies to run and bike with Kingsley, and during his sea swim, he pulls his son behind him in a kayak with his partner.

Simington has already completed a triathlon and his ride on Mount Teide, the highest point in Spain at 12,188 feet.

The half-Ironman is set for Feb 27, and his last and biggest challenge, the full Ironman, will take place on March 27.

Simington has a crowdfunding page to raise money for three charities, Helping Hands Tenerife for disadvantaged and disabled children; the Feel Good Charity, which promotes mental health; and the Addenbrooks Trauma Ward in the UK, where his father was treated after a serious accident two years ago.

“I would tell anybody who is feeling bad to just get out there in nature and do something, take your kids, your family members, or go on your own, but just never give up.