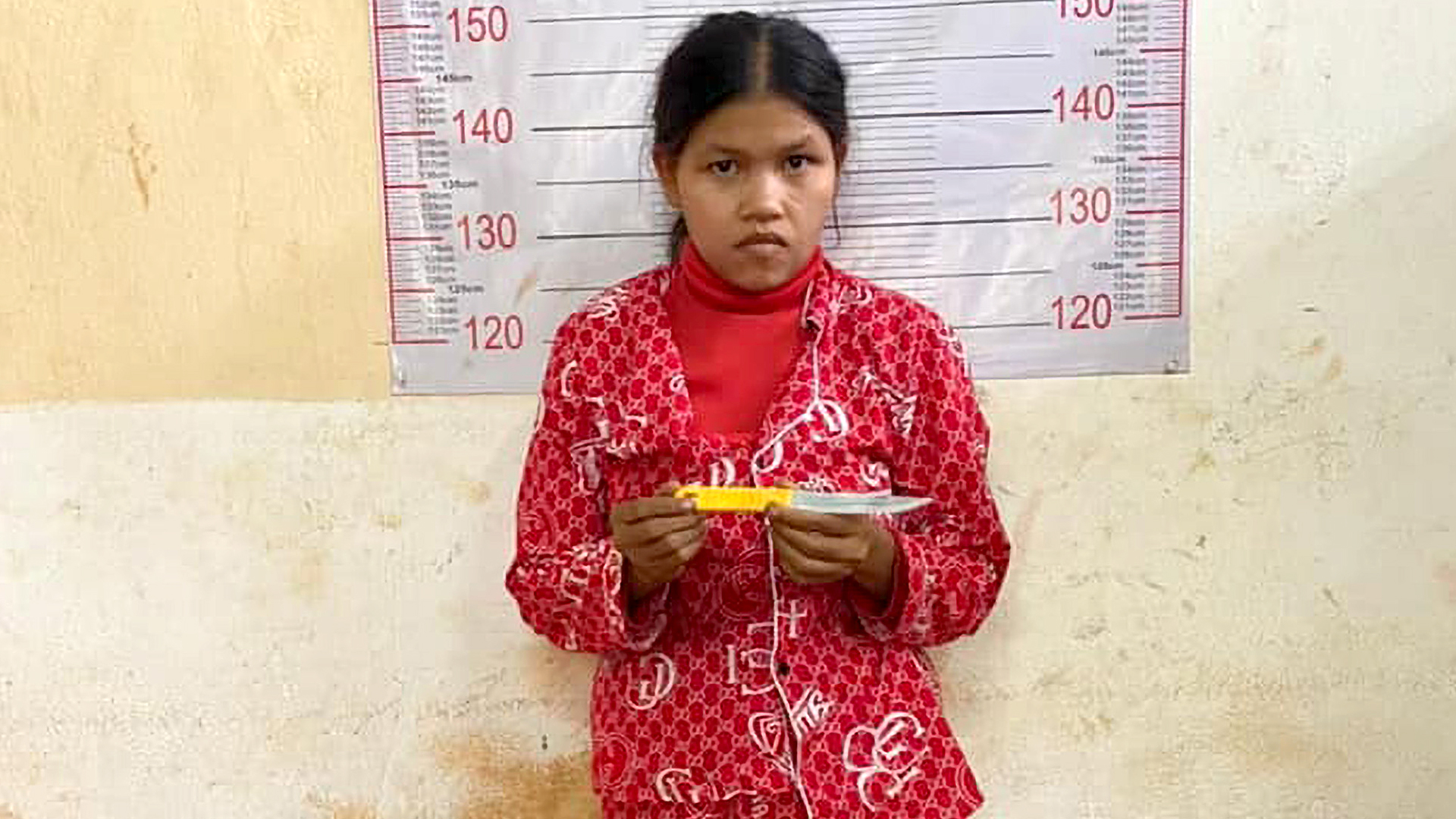 SNUOL, Cambodia – The Cambodian police have arrested a woman for violently beating and stabbing her three-month-old baby.

Suos Duong, 24, has been accused of stabbing her child in the abdomen at their home in the village of Prek Kdei in the commune of Snuol in the eastern district of the same name on Feb 7. Local media said the suspect fled after committing the crime but was apprehended by the police the following day after a search operation.

The child was found bleeding by strangers who informed the local police and admitted the baby to a hospital.

She was photographed by the police holding the knife which she is believed to have used in the shocking crime. The child’s current condition has not been divulged by local media, but a photo of its injury suggests it survived the attack.

“There is a desperate need for effective mental health services in Cambodia,” said a netizen ‘Xandreu’ on an online forum that was discussing the issue. “I hope the mother is offered the help she needs, can make a recovery, and is deemed safe enough to care for her baby again.”

Further details of the case are unknown at this time.

Earlier in 2020, the Minister of Interior Sar Kheng blamed the influx of foreigners on the increasing crimes in the country after the crime statistics revealed an 8 percent rise than the previous year with 211 deaths.

Cambodia also expressed its interest in ending all corporal punishment for children under the commitment. The reformation of the law has been included in the action plan of the government for the prevention and effective response to violence against children 2017-2021.

Cambodia is the fourth country in the Asia-Pacific region to officially join Global Partnership to End Violence against Children after Indonesia, the Philippines and Mongolia.

Data states that one-fourth of Cambodian children are emotionally abused by a parent, caregiver or other adult relatives and one in 20 children experience sexual abuse prior to the age of 18. With the aim of understanding the scope of sexual violence among the children in the country, a study will be conducted this year.

It has also been reported that on average across the globe, one in two children experience violence every year and every seven minutes one child dies due to violence as per data. Also, more than 10 million children are subjected to modern slavery at present across the world.