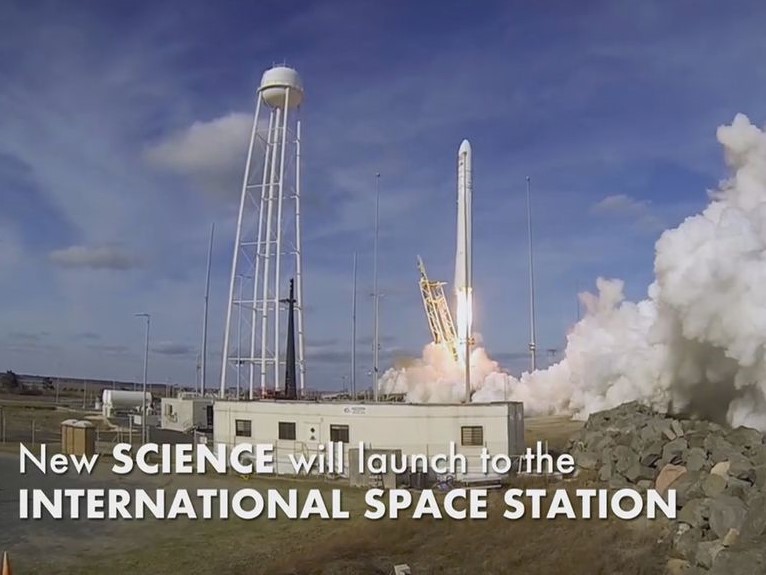 The lunch of the Northrop Grumman Cygnus spacecraft. (NASA/Newsflash)

WASHINGTON, USA — National Aeronautical and Space Administration has announced the launch of a new resupply mission to the International Space Station onboard a spaceship named after Katherine Johnson, the NASA mathematician.

The arrival of the spacecraft will mark the start of novice experiments where they will use worms to study muscle weakening in no gravity, astronauts’ sleep, and other important space-related matters.

The worms and other supplies will be sent off to space on a Northrop Grumman Cygnus spacecraft.

Members of the public can attend the launch virtually, receiving mission updates and opportunities normally reserved for on-site guests. NASA’s virtual launch experience for this mission includes curated launch resources, a behind-the-scenes look at the mission, notifications about NASA social interactions, and the opportunity for a virtual launch passport stamp following a successful launch.

Following the company’s tradition of naming each spacecraft after an important figure in the industry, the NG-15 Cygnus was named after NASA mathematician Katherine Johnson, a black woman who played a significant role in the success of NASA’s early spaceflight missions.

Cygnus NG-15 is the fourth Cygnus mission under the Commercial Resupply Services-2 contract.

Production and integration of Cygnus spacecraft are performed in Dulles, Virginia. The Cygnus service module is mated with the pressurized cargo module at the launch site, and mission operations are conducted from control centers in Dulles, Virginia, and Houston, Texas.

The spacecraft will be launched aboard with Antares. Antares, known during early development as Taurus II, is an expendable launch system developed by Orbital Sciences Corporation (now part of Northrop Grumman) and the Yuzhnoye Design Bureau to launch the Cygnus spacecraft to the International Space Station as part of NASA’s Commercial Orbital Transportation Services and Commercial Resupply Services programs.

Hidden Figures is a movie about African American female mathematicians who worked at the National Aeronautics and Space Administration during the Space Race. Katherine Johnson was also the star of the film “Hidden Figures” directed by Theodore Melfi with Taraji P. Henson playing the role of Johnson.

The rocket is scheduled for launch from NASA’s Flight Facility on Wallops Island in the US state of Virginia on Feb 20, and it is expected to reach the space station in two days’ time.

Some experiments that are about to launch have been created with the help of previous studies over a 20-year period of continuous human habitation of the International Space Station.

As per NASA’s report, in the upcoming mission, the NG-15 Cygnus spacecraft will transport around 3,719kg (8,200lbs) of cargo to the space station.

The Cygnus spacecraft is composed of two main elements, the Pressurized Cargo Module and the Service Module, with the first one being manufactured by the company Thales Alenia Space specifically for Cygnus.

Viewers can also witness the exciting launch which will be broadcasted live in two weeks’ time.