Her podcast offers critical advice on financial empowerment for women. 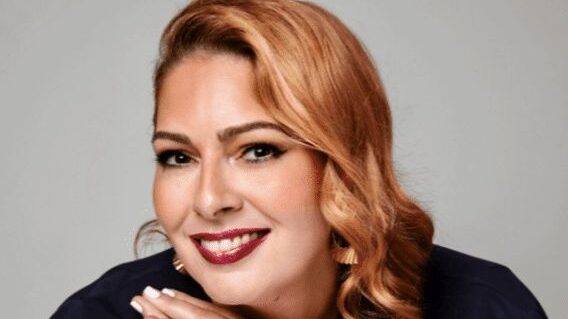 Celina Nogueras is an inspiration for Latinas. (Negocios Now)

Blogger and businesswoman Celina Nogueras is creating a network of women who are “worth a million.” She wants to inspire other women to achieve success.

With that mission, the founder of Muuaaa Design Studio launched her podcast “Jefas y Jevas” two years ago. Since then, she has interviewed 50 female millionaires.

In addition to featuring and connecting successful Latinx businesswomen, the podcast offers advice on “financial empowerment for women and lifestyle secrets for successful women entrepreneurs.”

Nogueras is the“Brand Growth Specialist and Chief Creative Strategist of Muuaaa Design Studio, with more than 10 years of experience conceptualizing and implementing efficient brand recognition and growth strategies for new or existing brands or companies,” per the site.

“As a woman, and also as a Latina, I was not educated on money issues,” said the Puerto Rican businesswoman. “It was the tradition, although the times in which women were not in control of their finances are changing.  I want to share, as an entrepreneur and owner of an agency, the difficult journey that a business embarks on when making the leap to a million-dollar company.”

This idea was the seed of ​​the podcast,  available on Spotify and Apple Podcasts.

“Our mission is to create a network of 1 million millionaire women, who don’t have to be necessarily entrepreneurs. They can be women working in a company. They just have to have the right tools to multiply money,” she said.  The ability to handle personal finances plays a critical role in their success, she notes.

Noguera interviews businesswomen who lead “mature companies, women who already had experiences and problems and had overcome them.”

In one of her latest shows, “How to Save a Million Dollars Before Age 40,” Nogueras interviewed blogger, engineer and “side hustle coach” Jannese Torres-Rodriguez. Throughout the show, Torres-Rodriguez explained she had to change her mindset toward money to achieve success.

“The podcast speaks to everyone. It focuses on issues of business led by women,” Nogueras said. “It speaks [especially] to small entrepreneurs who at this historical moment play a significant role.”

Her interviewees share a common trait: most had no business background when they became entrepreneurs.

“They opened their business because they had a need,” she said. “The need led them to transform themselves. This is a value of the Latino community: We do what needs to be done; we are combative, fighters,” she said.

All of Noguera’s interviewees have had to fight for their families, whatever the circumstances. Along the way, they have sought formal business training, said Nogueras.

Between 2017 and 2018, most women who started a business in Latin America owned a start-up in the wholesale and retail industry, about 61 percent.  Some 11.8 percent owned a start-up in either government, health, education or social services, according to Statista.

“These women are united by the fact they do not let themselves be put down; they take control of the situation and become businesswomen naturally,” she said.