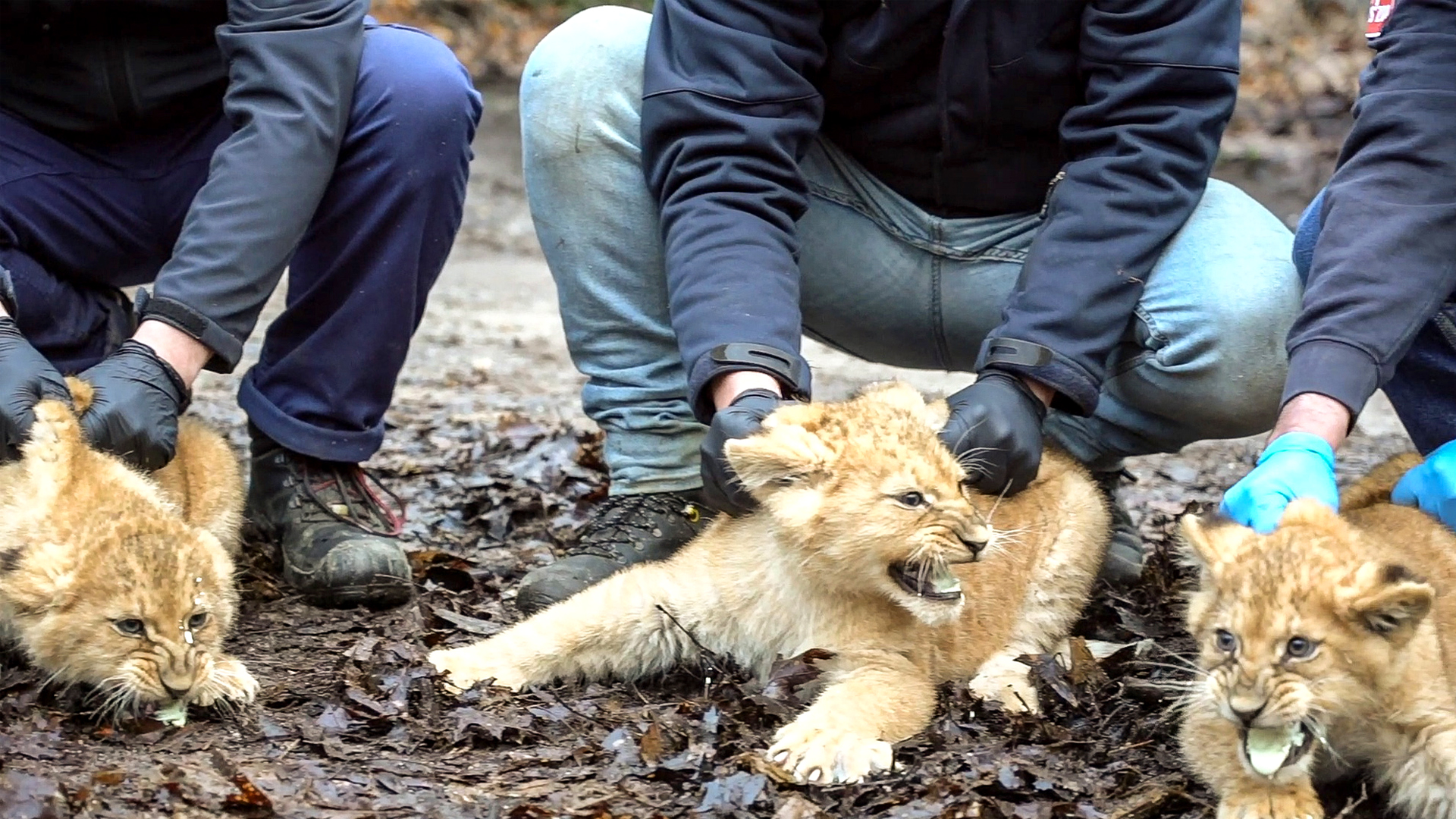 ARNHEM, Netherlands – As a rule, babies don’t really like shots, but these lion cub triplets at the Royal Burgers’ Zoo  don’t seem to mind.

The popular video of the lion triplets, born on Nov. 26, 2020, shows them receiving their second vaccination against toxoplasmosis and cat flu on Feb. 4.

The video shows veterinarian Henk Luten, along with other members of the staff, holding the cubs by the neck and weighing them. They were also “dewormed with a white paste, sprayed to prevent any future complication,” a zoo spokesperson said.

Toxoplasmosis, a disease caused by a microscopic protozoal parasite, affects many warm-blooded animals, including most pets, livestock and birds, according to the American Veterinary Medical Association. People can also become infected.

The video also shows a lioness pacing while (presumably) her cubs are being safely vaccinated.

“The three females seem very healthy and are growing well. Thanks to a live camera in their nursery, we know that the animals are drinking well from their mother. The three cubs and their mother will soon be allowed to meet the other lions in the group,” the zoo states on its website. “The Burgers’ Zoo group counts eight lions: one adult male, two adult females, and five cubs (four females and one male).”

The zoo’s YouTube video states: “Work in the zoo will continue as usual during the lockdown. Vaccination of young felines is a standard procedure and is done after six weeks and nine weeks.”

The triplets received their first vaccination on Dec. 1.

The Royal Burgers’ Zoo gained notoriety from “Leo the Lion,” the roaring big cat seen at the introduction of films by MGM studios.

The UN’s World Wildlife Day notice for March 3 states that: “Despite being synonymous with wild Africa, lions (Panthera leo) have undergone a catastrophic decline and are on the brink of extinction in all but the largest and best managed protected areas.

“Over a century ago there were more than 200,000 wild lions living in Africa. Recent surveys estimate that in the last two decades, lion numbers have declined from approximately 30,000 to about 20,000.”