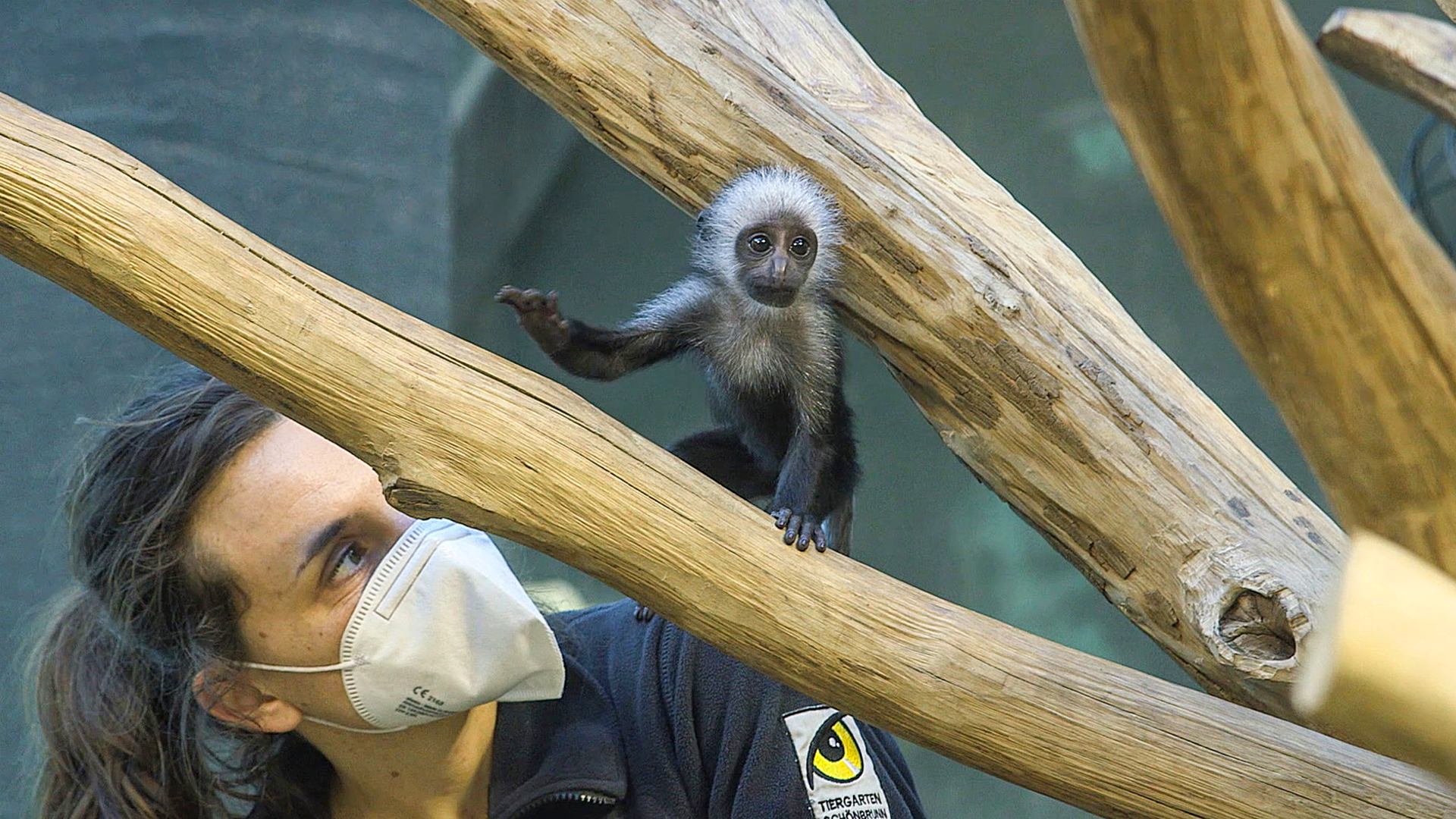 Baby Nafana with a zookeeper in the Vienna Zoo. (Tiergarten Schoenbrunn/Newsflash)

VIENNA – A baby Colobus monkey born at the Tiergarten Schönbrunn (Vienna Zoo),  is set to meet visitors for the first time, shortly after the death of  her mother.

“Despite receiving the best veterinary treatment, unfortunately, we were unable to save Kwaku (the mother),” said zoo director Stephan Hering-Hagenbeck. “Fortunately, she (Nafana) spent the most important first phase with her mother and was fed with her mother’s colostrum milk, which helps build up the immune system.”

He said adult colobus monkeys are leaf eaters, and while baby Nafana is still fed milk, she is starting to eat leaves. “She particularly enjoys cherry, willow and ash leaves,” said Hering-Hagenbeck. “At the moment, Nafana is fed at the back to not be distracted by other family members and so she can eat in peace. As soon as she can eat independently, she will join the group.”

Although colobus monkeys typically live in groups of eight to 15, Nafana is kept under the care of the older monkeys and the zoo officials.

The zookeepers named Nafana, who was born in November, in reference to an area that is home to the Nafana people in the northwest of Ghana and the northeast of Côte d’Ivoire. The Old World monkeys are native to Africa.

Although Nafana is not out of danger quite yet, zoo officials said, she is doing well enough to meet visitors. The zoo reopened this week after being shut down during the pandemic.

The black-and-white colobus monkey is listed as “vulnerable” on the International Union for Conservation of Nature’s Red List.

“This species is listed as Vulnerable as it is suspected to have declined by more than 30 percent over the last three generations (30 years), and will continue to do so for the next decade at least. This decline is largely the result of hunting pressure throughout its range and some habitat loss in the north,” the Red List report states.