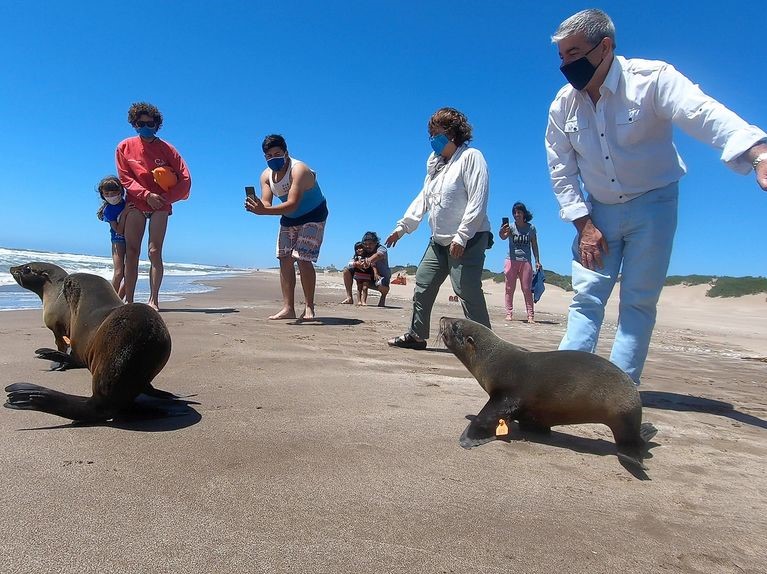 BUENOS AIRES, Argentina — While overfishing and climate changes are cited as the main reasons behind the rising deaths of seals and sea lions last year in Argentina, the pandemic has also taken its toll on marine mammals.

“Over the course of 2020, we responded to 259 situations involving animals, including mammals, birds and marine reptiles. Of those, 85 were found dead during the monitoring process, but we still managed to attend to 174 animals,” states a report by the Mundo Marino Foundation.

The pandemic is also presenting a number of challenges for conservationists.

Instead of patrolling areas, as they normally would do, authorities said they can respond only to situations that are reported to them.

“The pandemic situation had an impact on our work, as we could not go to the beaches like we used to. However, despite the decrease in the number of people spending time at the beaches and other marine locations, the amount of plastic did not reduce. Rubbish and face masks were found washed on the sea shores,” said Sergio Rodriguez Heredia, biologist in-charge at Mundo Marino’s Rescue Centre.

The foundation reported that of the 174 animals they treated, 91 died, including many marine birds suffering from serious injuries.

“Of those 174 animals, only 58 managed to recover from their various ailments and were released back into their natural habitats, while 19 were attended by professionals on the beaches where they were found and did not require any further treatment before being released,” said a foundation official.

Six of the 58 animals are still receiving treatment at the foundation’s facilities in San Clemente del Tuyu on Argentina’s Atlantic coast.

Scarcity of food is another key factor cited as affecting marine animals, including the South American sea lions and fur seals.

“Other species, including the Magellanic penguin are found malnourished,” said Heredia. “Out of 64 penguins, 35 were diagnosed with malnourishment and dehydration problems. All these animals metabolize in water through solid food, hence due to lack of food, they are not only malnourished by dehydrated as well, which has led to hypothermia and death.”

Overfishing and climate changes have had an impact on fish, some species of which are stressed by rising water temperatures.

“Sea lions are constantly trying to find food. They gradually get weaker when they are unable to find prey. The condition these animals are found in underlines the alterations suffered in our marine ecosystem,” said a foundation official. “Numerous animals are also suffering from paralysis, which is the second cause affecting marine fauna on the coast of Argentina.”