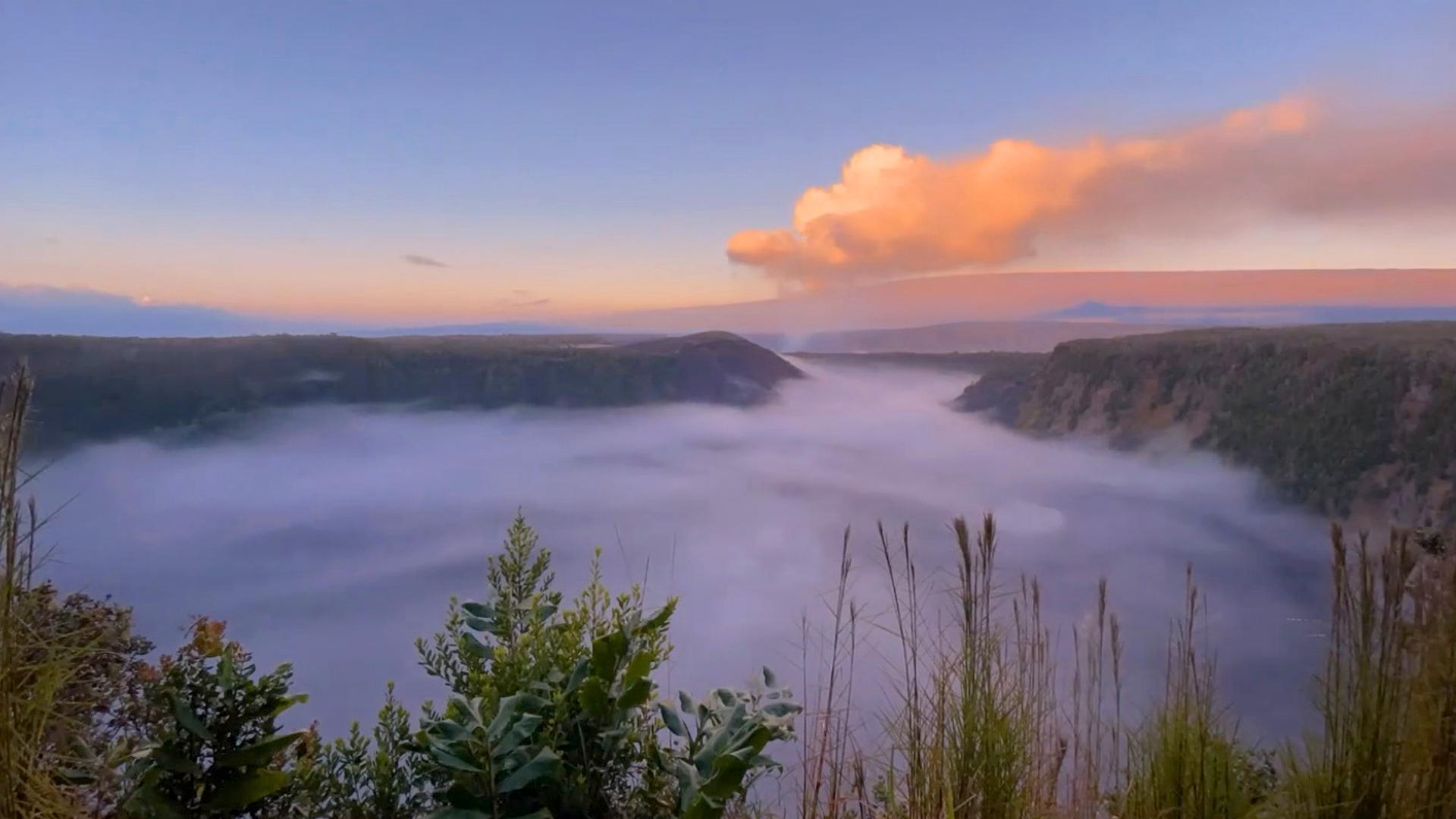 Timelapse overlook of the Kilauea Iki Volcano on the island of Hawaii. (NPS, J.Wei/Newsflash)

KILAUEA, Hawaii— Time-lapse footage of volcanic gases and thick clouds dancing over the crater of a fearsome active Hawaiian volcano is getting attention worldwide.

The video was filmed at the Kilauea Iki pit crater next to the main summit caldera of Kilauea, an active shield volcano on Feb. 2.

Historically, Kilauea is the most active of the five volcanoes that form the island of Hawaii, the largest and south-easternmost of the Islands.

The clip shows smoke emerging from the crater while a layer of white cloud swirls across the stunning landscape.

The Hawaiian term “Puʻiwa” translates to amazement, surprise or stupefaction.

Kilauea Volcano’s Halemaʻumaʻu crater erupted on Dec. 20 year after being dormant for two years. It has been an active volcano since 1983, per data from the American Geosciences Institute.

“So interesting how the bank of clouds is revealed in time-lapse to slosh and roil just like water in an ocean,” said a user comment on the video. “A’me ʻoliʻoli” (meaning joyful) read another comment.

The lava flow soon created enormous lava lakes, which were captured by the United States Geological Survey. The active volcano’s lava activity is confined to the Halemaʻumaʻu crater.

As of Feb. 3, the lava has filled out nearly 213 meters (about 700 feet) of the crater and only the western portion of the lava lake is active while others are considered dormant.

Data on the deadliest volcanic eruptions thus far in the 21st century show that the Philippines experienced the worst such event in a 2006 eruption that took the lives of around 1,300 people. Indonesia experienced the second deadliest such eruption in 2010 that took around 400 lives, while Guatemala eruptions took about 170 lives in 2018. 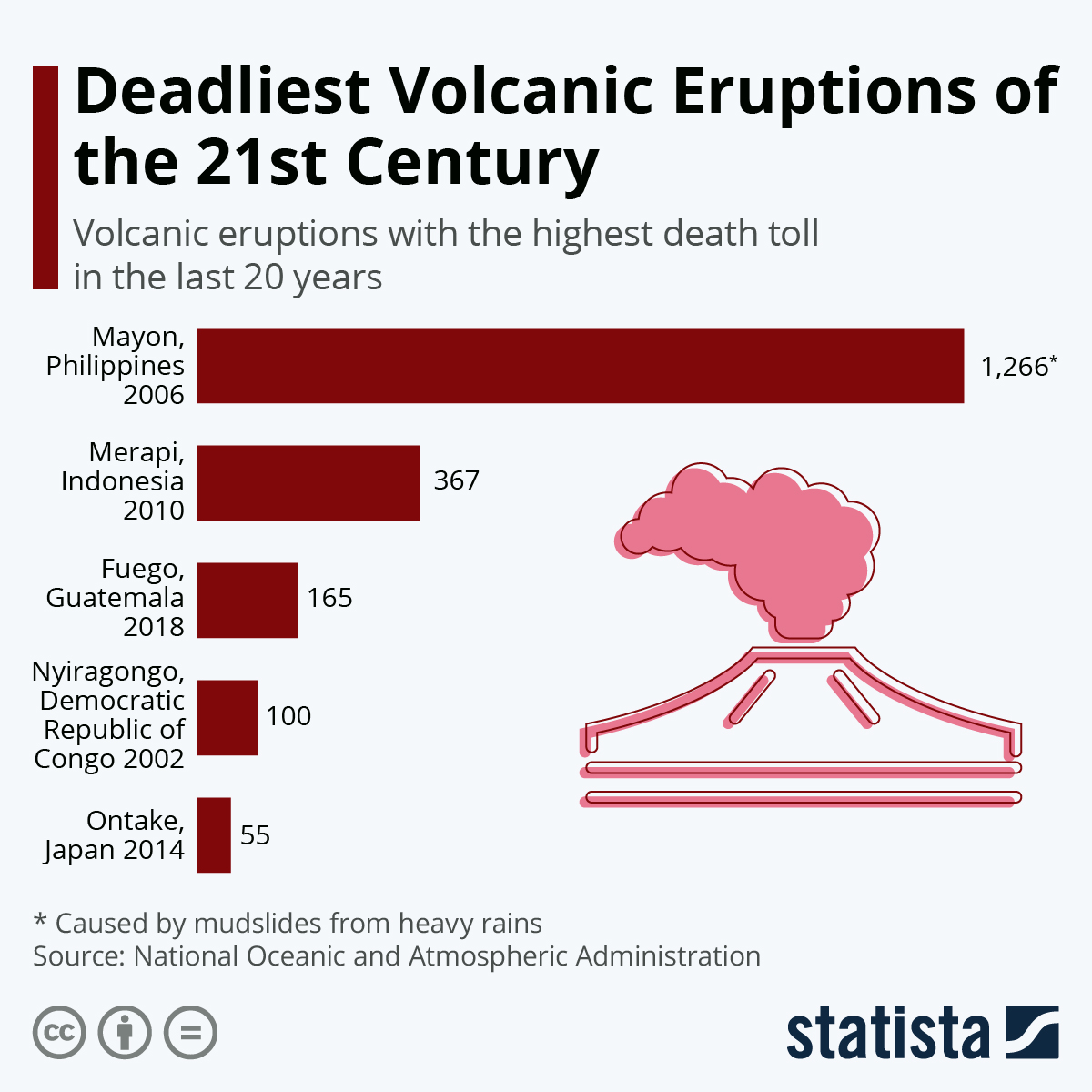 The U.S. government has tabulated the various volcanic-prone areas in the country and provided the results for the public. As per the data, 18 volcanoes are a very high threat in Alaska, California, Hawaii, Oregon and Washington. Another 39 volcanoes are a high threat, 49 have been termed moderate, 34 are categorized as low threat and 21 as a very low threat.