The awards have recognized the best of independent cinema for 37 years.
By Ana Pérez February 15, 2021
Facebook
Twitter
Linkedin
Email 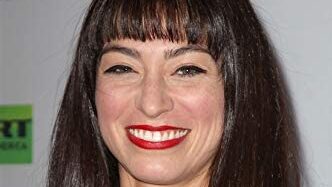 The 2021 Film Independent Spirit Awards is ready to make you laugh out loud.

Melissa Villaseñor, from “Saturday Night Live,” has been tapped to host.

Since 1984, the Spirit Awards have recognized the best of independent cinema.  Due to the COVID-19 pandemic, the 2021 show will not be live from Santa Monica Beach, as usual. It will air on Thursday, April 22 on IFC and AMC+ at 10 p.m. EDT.

“We’re thrilled to welcome Melissa Villaseñor into the club of smart, funny film lovers to host the Spirit Awards. The time to laugh has definitely arrived, and not a moment too soon,” said Josh Welsh, president, Film Independent, which oversees the event.

Villaseñor began her comedic journey as a stand-up comic in Los Angeles and gained further recognition after being a semifinalist on the 2011 edition of “America’s Got Talent.” The comedian, actress and impressionist is the firstLatina cast member of “Saturday Night Live.”

“As someone who considers herself a pretty dependent person, I’m truly honored to host the Film Independent Spirit Awards,” said Villaseñor.

Villaseñor has also provided voiceovers in films such as “Toy Story 4,” “Ralph Breaks the Internet,” “Family Guy” and “American Dad.” She is working on her first book, a creative self-help journal to be published by  Chronicle Books.

“Melissa and the unique circumstances of now will make this year’s ceremony like no other. It will certainly be a departure from the past, but with Melissa, the chances of Dolly, Ariana Grande, Bjork, Gwen Stefani and Julie Andrews showing up have skyrocketed,” said Blake Callaway, executive director, IFC and SundanceTV.

For the first time, the “Directors Close-Up,” an annual series featuring in-depth panel discussions with the year’s lauded filmmakers, will only have Spirit Award nominees as panelists. The series, available for streaming, will include nine sessions over two months, featuring the best directors from indie films, documentaries and television shows.

This year’s Spirit Award nominations include a new TV section.