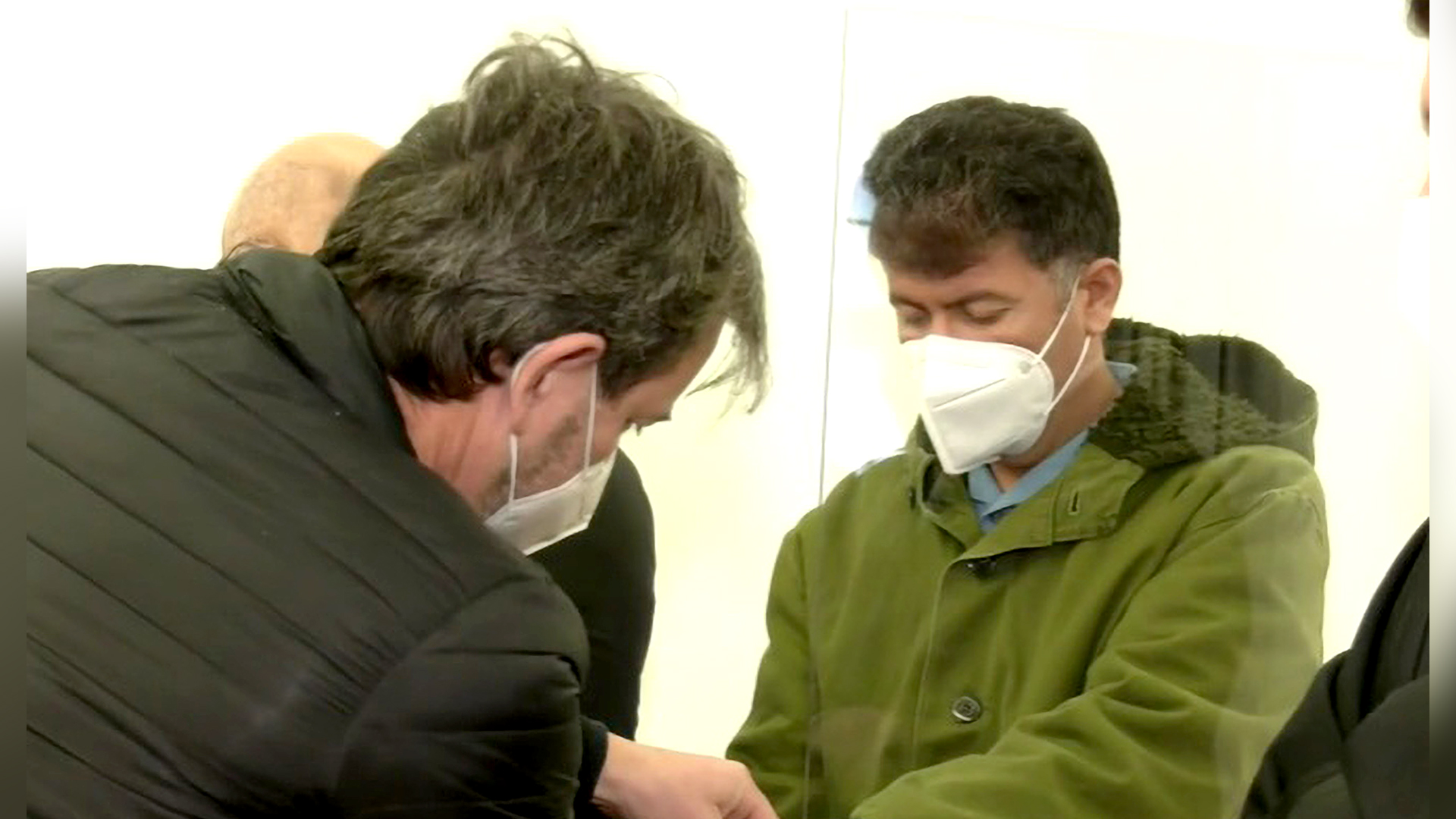 The Afghan refugee Mohammad Salih M. (38), who stabbed his wife to death. (Newsflash)

KEMPTEN, Germany — A German court has sentenced an Afghan refugee to life imprisonment for murdering his wife on a public bus.

Mohammad Salih M, 38, took the drastic step after his wife Razia M, 27, complained about his domestic abuse to the local authorities which resulted in him receiving the restraining order.

Salih brutally stabbed her 11 times in a bus with dozens of school children witnessing the event which was driving through the municipality of Obergunzburg in the German state of Bavaria.

Obergünzburg is located in the administrative district Ostallgäu and has a population of 6,362 people.

The court heard the testimony from a witness who said that the defendant made it clear he regarded his wife and children as his personal property and can do whatever with them he wanted.

The district court currently has seven civil chambers, one commercial matters chamber, one juvenile criminal chamber and one penal enforcement chamber. The allocation of the individual procedures to the chambers results from the allocation of responsibilities, which is decided annually by the Presidium. A standing executive committee in a country.

“The man had effectively publicly executed another human being on the bus,” said Christophe Schweibacher, chairman of the chamber.

It was also revealed that while his wife had become integrated with German, he struggled to fit in, failing his language test and leaving him with severe anger management issues, which he would often take out on his wife.

Not being able to cope with his temper and being a frequent target of domestic abuse, Razia reported her husband to the local authorities which resulted in him receiving a restraining order.

It is a temporary court order issued to prohibit an individual from carrying out a particular action, especially approaching or contacting a specified person.

However, that did not stop him from following her and it culminated in a brutal attack when he spotted her on the bus and stabbed her 11 times in front of horrified bus passengers including children.

The young woman died on the spot and their children are now being cared for by the social services.

Every fourth woman in Germany is affected by domestic violence, i.e. physical and/or sexual violence of varying degrees by their current or former partner.

Any form of violence against women is liable to prosecution in Germany, regardless of whether it occurs in public space or in the domestic sphere. If a woman is threatened by or exposed to violence, there are different possibilities for legal protection.

Statistical data shows that the number of acts of violence committed by a partner has increased — from 113,965 in 2017 to 114,393 female victims in 2018. In addition, there were 26,000 men who were threatened, coerced, or injured by their partner or ex-partner.