VIDEO: Suspect Done In By Police Dog And Drone

Man's best friend and an unmanned aircraft are used to track him down.
By Daniel Ford February 14, 2021
Facebook
Twitter
Linkedin
Email 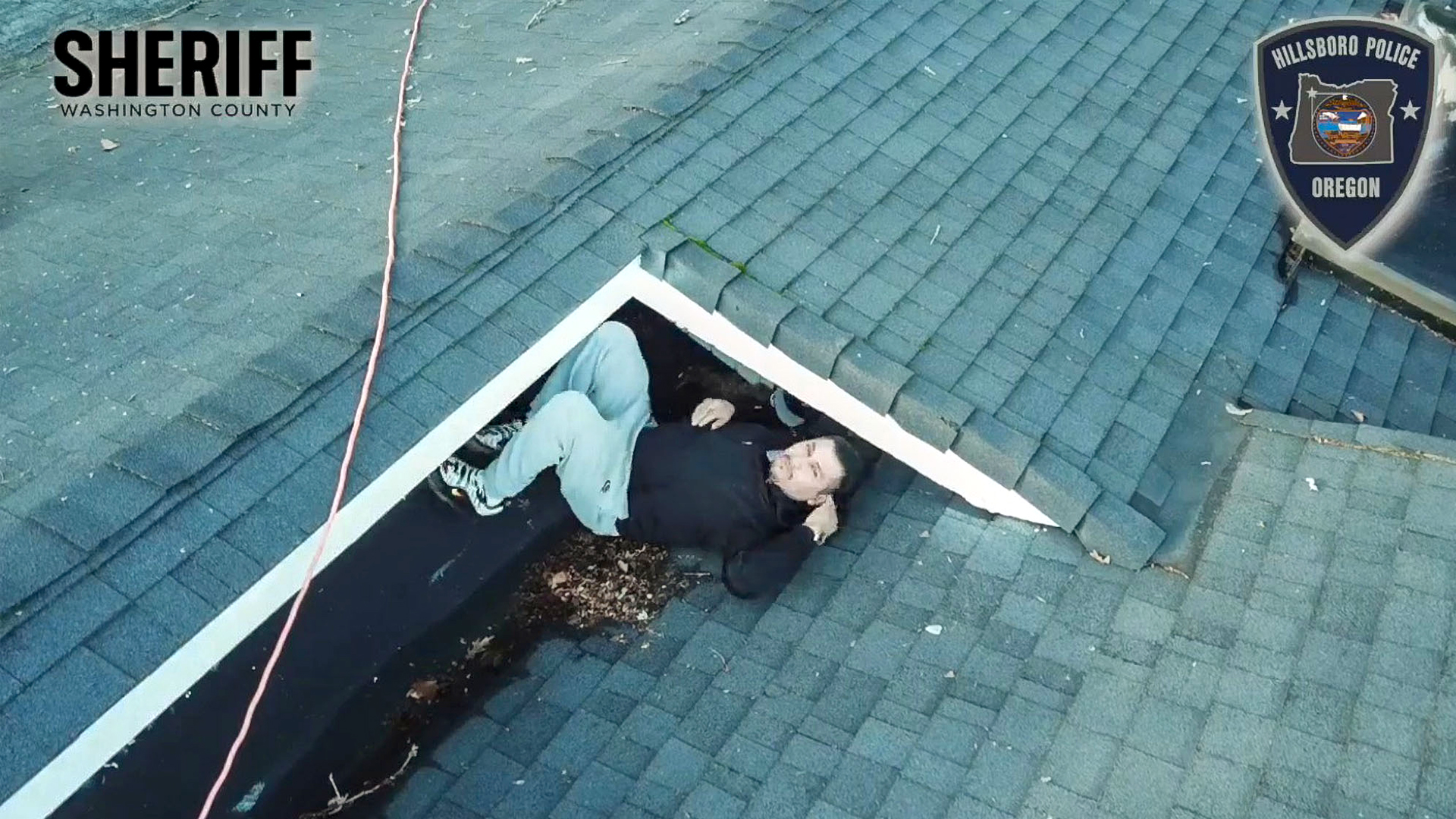 The suspect was hiding from police officers in a section of the roof. (@hillsboropd/Newsflash)

HILLSBORO, Ore. — A four-legged animal and a hi-tech drone teamed up earlier this month to help nab a man wanted on various charges.

The man, identified by police as as Alejandro Jaimes-Radilla, wasn’t able to elude police after his location was sniffed out by the dog and he was spotted by the drone on the roof of a house in Hillsboro.

Jaimes-Radilla, 33, was arrested after a chase that first involved the K-9, Blazer, and then a sophisticated drone that captured images of him trying to hide under the eaves on the roof. He was wanted on an outstanding felony warrant and other charges, police posted  on Facebook.

“With the assistance of a drone from the Washington Country Sheriff’s Office, we were able to locate Alejandro hiding in a section of the roof,” the police department posted. “Once Alejandro realized he was spotted by the drone he gave up and was able to be taken into custody.”

The clothes Jaimes-Radilla wore blended in with the roof’s colors. As the video shows, once he saw the drone, he found his way down from the roof and surrendered.

In another arrest a week earlier involving a K-9 unit in Little Rock, Arkansas, a police dog helped locate and detain a burglary suspect.

Each K-9 unit consists of an officer and a canine partner. The teams are typically used to track suspects and search for evidence and drugs.