The Unquiet Minds: The Mental Health Crisis In Kashmir

Studies have shown that years of conflict have left the people of this region struggling with mental illnesses
By Nusrat Sidiq February 13, 2021
Facebook
Twitter
Linkedin
Email 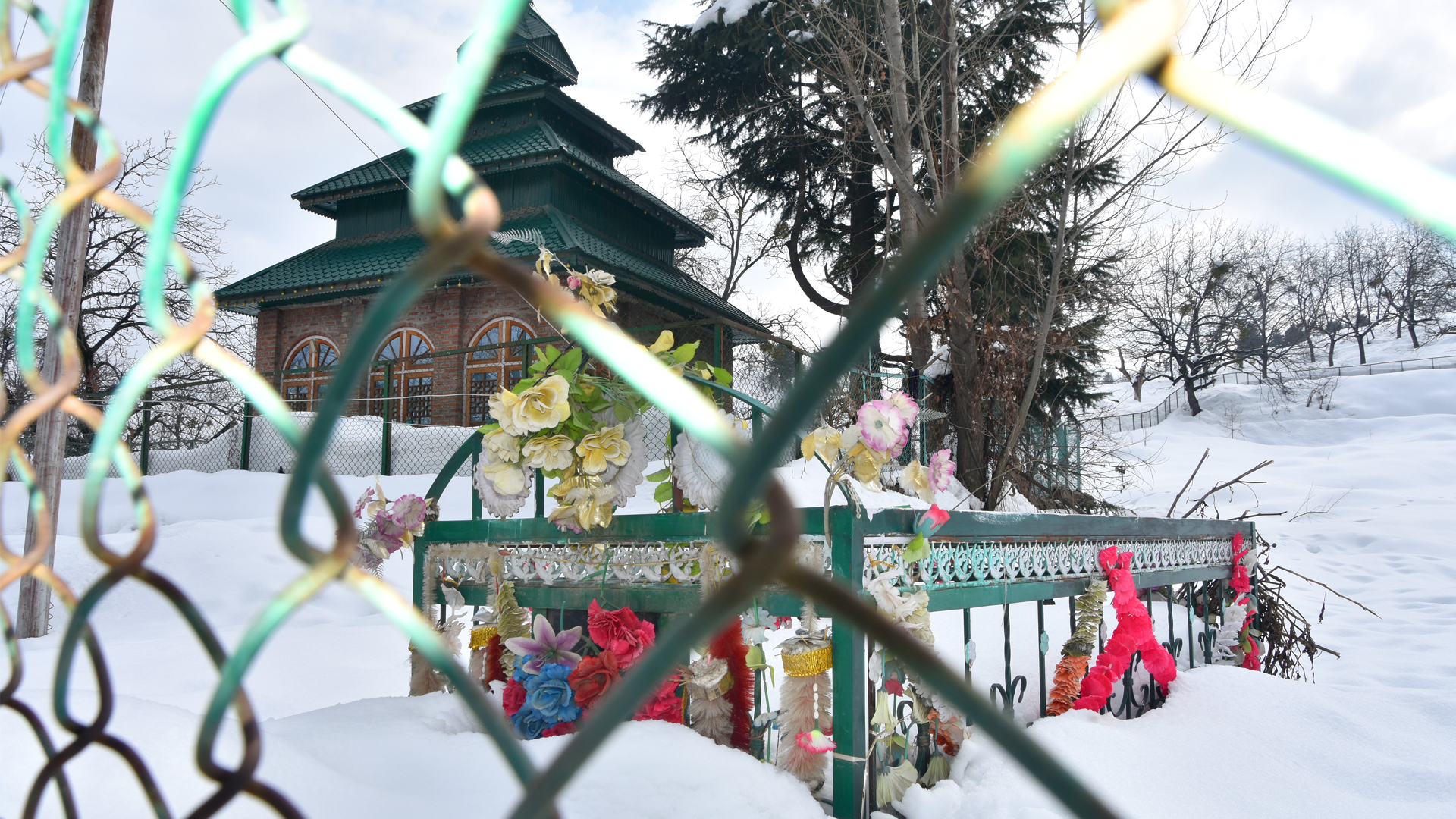 The grave of Rayees Ahmad who was killed in 2018. (Nusrat Sidiq)

In January 2018, Fatima Begum of Nadpora in Shopian district of Kashmir was busy making arrangements for her son Rayees Ahmad’s engagement. She had sent him to a nearby village — Sedow — to meet his fiancée and finalize the celebrations.

However, Ahmad didn’t get to meet the girl; he was brought back dead shortly after he and two other men were killed, allegedly by Indian Army firing. 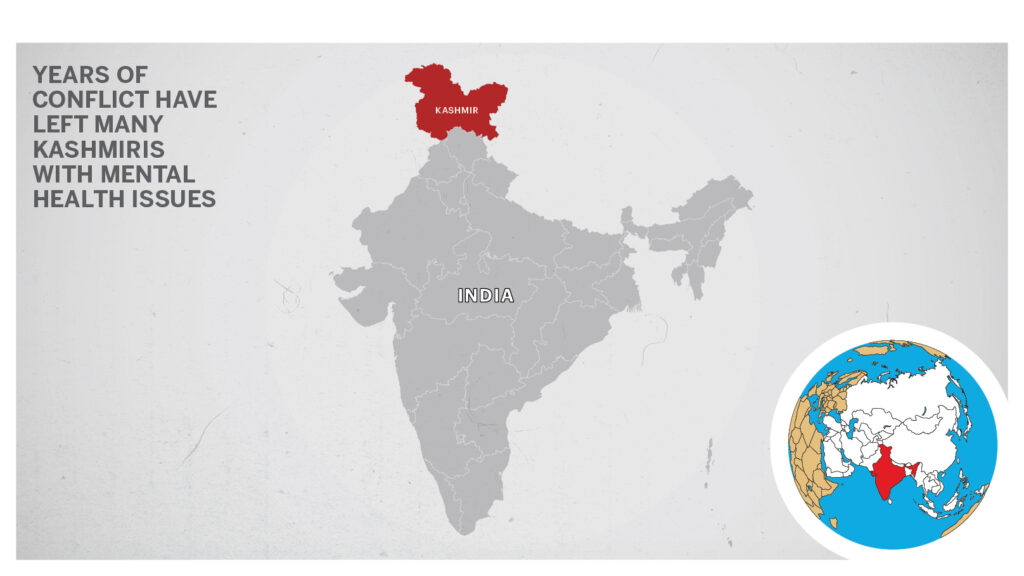 “After my brother’s death, my mother went ‘mad’. She would roam around the village looking for Rayees and would force us to keep our doors open at night and lay food on the table in case he returned,” said Khursheed Ahmad Ganaie, Begum’s other son, to Zenger, at his two-story home at southern Kashmir’s Shopian.

“When we took her to a doctor, he said that my mother was highly depressed and showed symptoms of post-traumatic stress disorder. He told us to keep her happy as she was suffering from mental trauma. We tried everything to get her back to her original self but couldn’t,” said Ganaie.

On the night of May 13, 2018, Begum silently left her home. At dawn, she was found lying dead in a shallow canal, not far from where Ahmad was killed.

Kashmir is one of the most conflict-prone regions in the world. The state has been caught in a territorial conflict for years with India, Pakistan and China claiming portions of the region as their own.

The survey findings made it clear that there was higher proportion of mental illnesses among women as compared to men.

“Women have been the worst sufferers in the conflict and the magnitude of the crisis has increased over the years,” said Farhana Yaseen, a clinical psychologist at the Institute of Mental Health and Neurosciences (IMHANS).

Like Begum, Rukaya Bhat, a woman in her late 40s, has been suffering from stress and trauma after her son — Adil Ahmad Bhat, a policeman was killed in a militant attack along with three other policemen on the outskirts of Shopian on August 29, 2018.

“She cries constantly and remains in isolation,” said Manzoor Ahmad Bhat, Rukaya’s husband. “We have often found her digging up the grave of our son. We are helpless and can do nothing to alleviate her grief,” said Bhat to Zenger.

Though Rukaya has been taken to many doctors, her condition has worsened over the years. “She doesn’t like to talk anymore.”

Begum and Rukaya’s are not just one-off cases.

A report released in May 2019 by the Jammu and Kashmir Coalition of Civil Society (JKCCS) documents the cases of 432 victims of state torture and violence and says that many people who have suffered torture carry the psychological scars long after their physical wounds have healed.

“The different forms of psychiatric disorders that these people suffer from are post-traumatic stress disorder (PTSD), depression, anxiety, insomnia, dementia and weak memory,” the report states.

The MSF survey mentions that adults living in the Kashmir region have either witnessed or experienced an average of 7.7 traumatic events during their lifetime; only 0.3 percent of the adult population surveyed had not experienced a traumatic event ever.

“Another problem that we face is that many patients do not take the advice or treatment of mental health experts because of the stigma attached to mental illnesses,” said Nasir Geelani, a valley-based clinical psychologist.

A 2016 Action Aid study states that only 12.6 percent of people with mental illnesses have sought help from health services in the conflict-torn region.

“The report has also analyzed the prevalence of mental health disorders across different socio-economic groups and found a higher prevalence among those who were poor, among women, and those who were low educated.”

“The study has also found a disturbing high treatment gap of about 88% with only 6.4% of suffering population having received treatment by a qualified mental health professional (from a psychiatrist).”