Outstanding issues to be taken up within 48 hrs of the completion of disengagement. 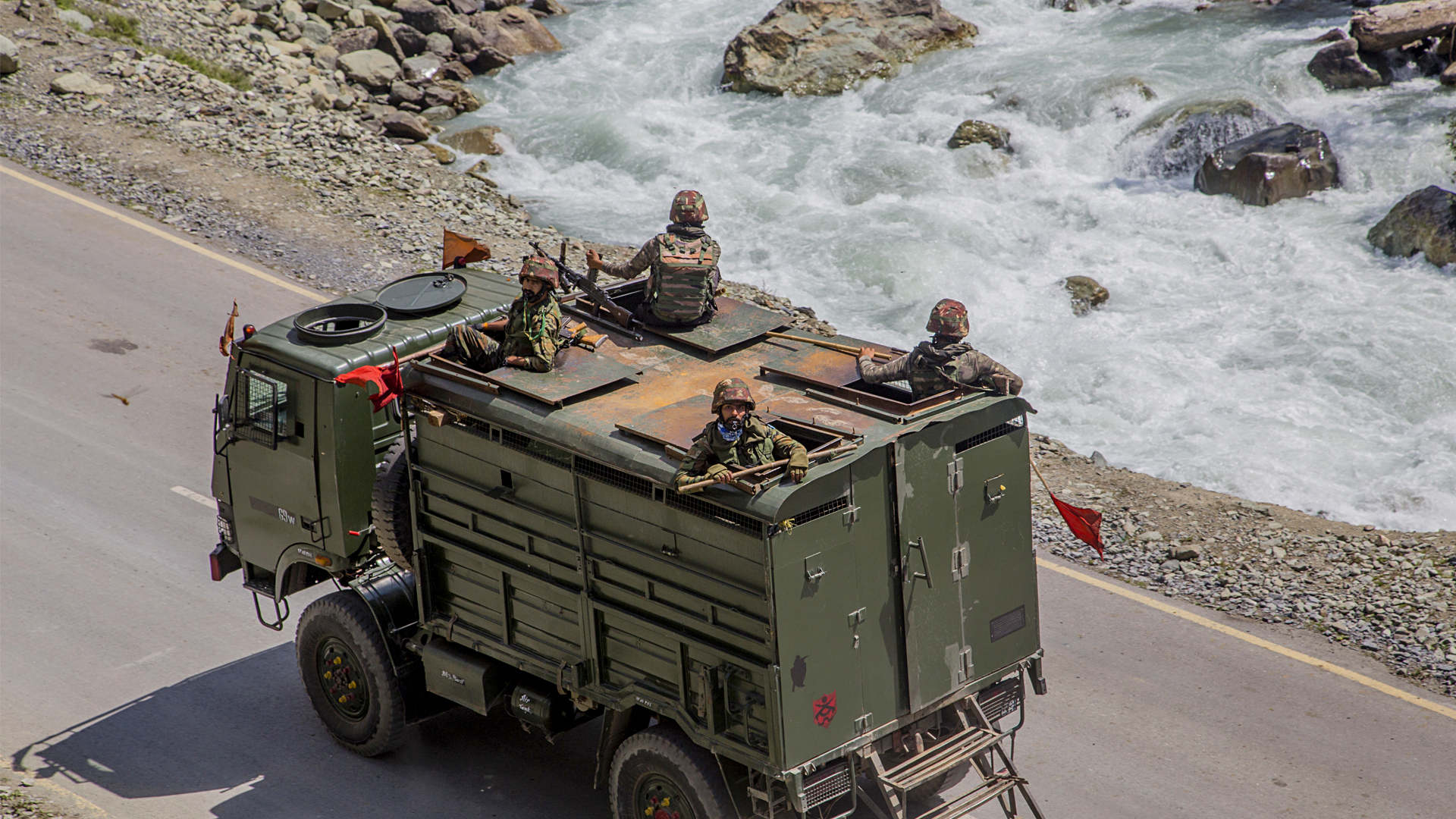 Following weeks of tension across the Line of Actual Control, the international border between India and China, both countries have reached an agreement on disengagement at Pangong Lake in Ladakh.

“As a result of our well-thought-out approach and sustained talks with the Chinese side, we have been able to reach an agreement on disengagement in the north and south bank of the Pangong Lake,” India’s defense minister Rajnath Singh informed Rajya Sabha, the upper house of Indian parliament, on Feb. 11.

“On Jan. 24, the 9th round of China-India Corps Commander Level Meeting was held on the Chinese side of the Moldo-Chushul border meeting point. The two sides had a candid and in-depth exchange of views on disengagement along the Line of Actual Control in the western sector of China-India border areas,” a statement from the defense ministry of the People’s Republic of China said.

The contested area of Pangong Lake is divided into eight fingers. The mountainous spurs jutting out into the lake are referred to as fingers. As a part of the latest settlement, Indian troops will remain at the west of Finger 3, whose base is known as Dhan Singh Thapa Post, while the Chinese would limit troop presence in the north bank area to the east of Finger 8.

Pangong Lake has been the site of confrontation following a standoff in early May 2020 when Chinese troops came in 8 km west of Finger 8, which India says marks the Line of Actual Control.

The disengagement, according to Singh, began on Feb. 10 and will restore the situation prior to the June 2020 standoff.

“The agreement we have been able to reach with the Chinese side for disengagement in the Pangong Lake area envisages that both sides will cease their forward deployments in a phased, coordinated, and verified manner,” India’s defense ministry tweeted. 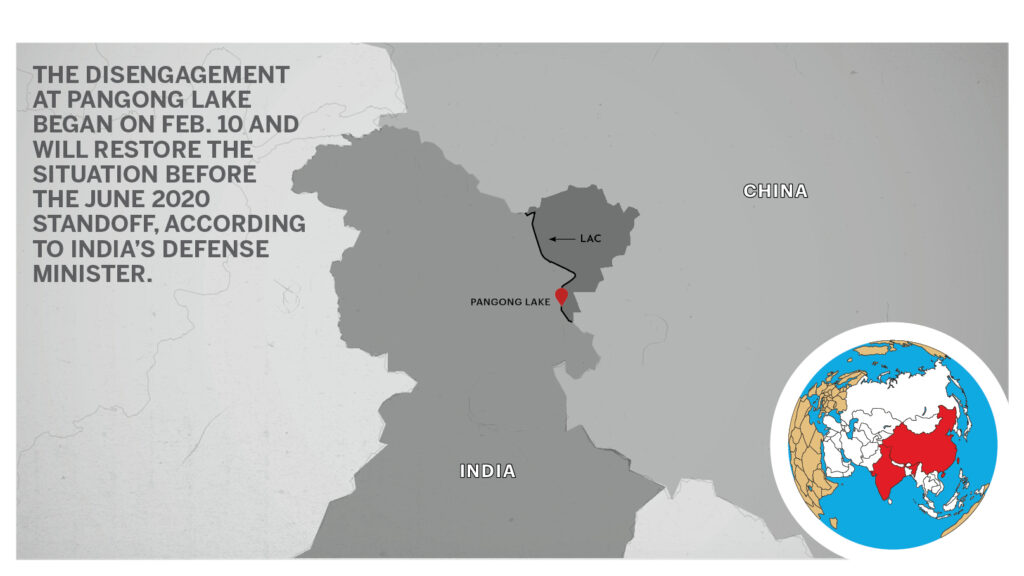 “We hope the Indian side will work with China to meet each other halfway, strictly implement the consensus reached between the two sides, and ensure the smooth implementation of the disengagement process,” Wang Wenbin, Chinese foreign ministry spokesperson, said after a press conference.

“Disengagement agreement has helped only this area to be vacated. Other areas of tension will be dealt with, and gradually the tension needs to be slowed down,” he said.

“A lot of background work had been done at the political and the diplomatic level. Both sides will claim they have an upper hand,” Dwivedi said.

“It is a success for the Indian army that they did not allow China to achieve their aim. When disengagement takes place, the chances of clashes between the troops become bleak.”

“A buffer zone separates the two sides — a 10-km stretch between Finger 3 and Finger 8. Indian Army has patrolled this area since the 1962 Sino-Indian war but now cannot enter the zone,” he said.

He called “not forcing China to include Depsang — our biggest vulnerability — in the 1st settlement” Delhi’s error.

Depsang, located at an altitude of 16,000 feet, is strategically important for both countries. The situation worsened after the Chinese Army led a deep incursion into the region in 2013.

On the Depsang issue, Dwivedi said: “So far, I guess, both the parties could not come to any conclusion and the issue is not on the table as of now.”

An Indian defense ministry statement said on Feb. 12 that “India has not conceded any territory as a result of this agreement. On the contrary, it has enforced observance and respect for LAC and prevented any unilateral change in the status quo.”

The statement also made clear that there were outstanding problems to be addressed, including at “Hot Springs, Gogra, and Depsang.”

“The outstanding issues are to be taken up within 48 hrs of the completion of the Pangong Tso [Lake] disengagement,” the statement said.

“India’s defense ministry has done well to issue this statement. But shouldn’t it have explained why India is withdrawing from the Kailash Range heights, which India has said are located on its side of LAC? Or why a north bank Buffer Zone is to include undisputed Indian territory?” New Delhi-based geostrategist Brahma Chellaney tweeted.

Dwivedi, however, said this disengagement meeting, from a short-term perspective, will ease the tension between India and China.

China and India had recently initiated steps to mitigate cross-border escalations with the Indian army upgrading surveillance along the northern border with China through drones, electronic warfare equipment, sensors, and reconnaissance and Chinese President Xi Jinping commanding troops of the People’s Liberation Army stationed near the border to be “combat ready” during the Chinese New Year.