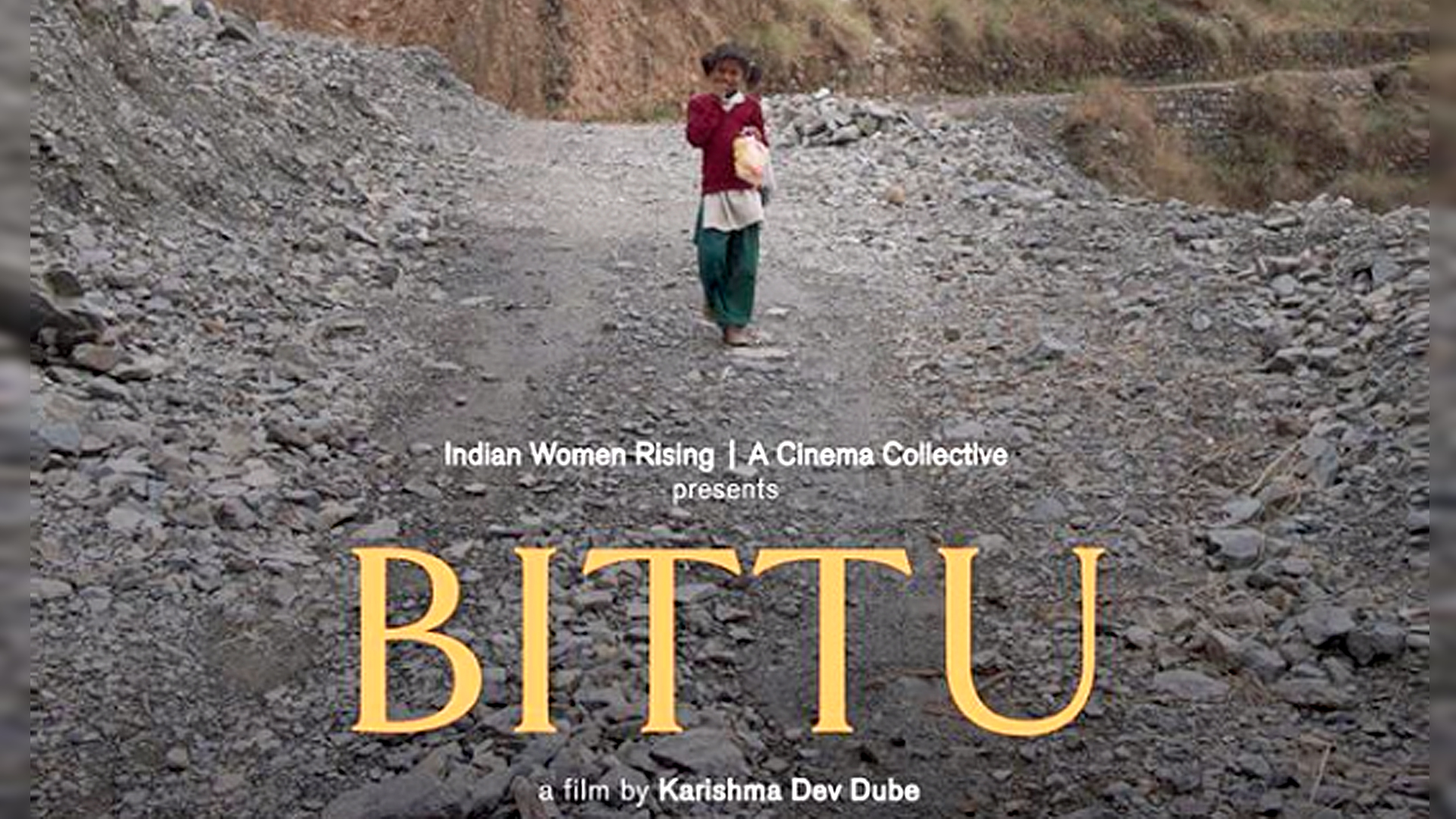 Bittu is one of 10 shortlisted films for the 93rd Academy Awards. (k.devdube/Instagram)

NEW DELHI — A tragic incident in her home country led, years later, to filmmaker Karishma Dev Dube’s poignant movie about two schoolgirls. Now the film is among 10 of 174 entries to advance on the shortlist for Best Live Action Short Film for the 93rd Academy Awards.

In 2013, at least 23 primary students died and several others fell ill in the eastern state of Bihar after they ate a midday meal contaminated with pesticide. The tragedy received widespread coverage in national and international media. It was around the same time that a young New Delhi woman — Dube — was preparing to move to the United States to pursue film studies.

At some point, she recalled images from that horrific incident. The result is “Bittu,” a simple, soulful film set in the valleys of the Himalayas. Inspired by a true story, the 17-minute film tells of the friendship between two girls, Bittu and Chand, and how a case of accidental poisoning in their school meal affects their bond over a lifetime.

“To be honest, it has been so much so quickly in the last few weeks … It’s more like just bizarre. It’s all happening in a surreal way,” Dube told Zenger News. 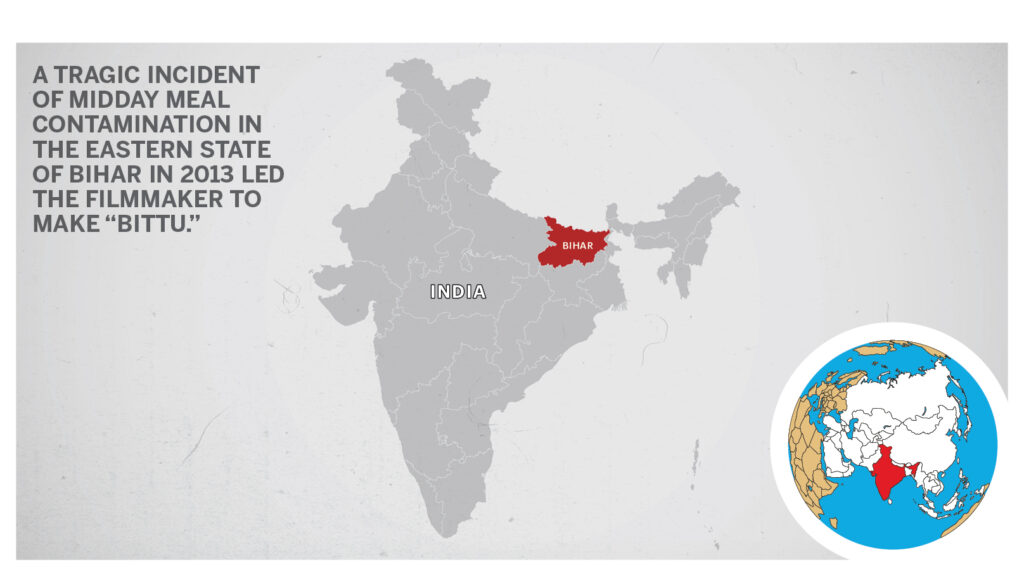 “It has been very educational trying to run a campaign for the film, and it is very exciting that the movie is being watched and noticed,” she said.

“Regardless of what happens next, I’m just so grateful, stunned, proud. Congratulations to the whole team behind ‘Bittu,’” she posted on Instagram.

Dube made “Bittu” as her thesis film for New York University’s Tisch School of the Arts Graduate Film program. It was one of 18 winners of a Student Academy Award out of 1,474 entries from 328 schools across the world, making it eligible for consideration for the Oscars.

The movie has been shown at a number of film festivals, and Dube recently won the Best Asian American Student Filmmaker Award from the Directors Guild of America.

Women behind the scenes

Women have had key roles in the making of Dube’s film, which she wrote and directed. It was produced by award-winning filmmaker Mary Evangelista, with cinematography by Shreya Dev Dube.

Producer Ekta Kapoor and writer-director Tahira Kashyap Khurrana are also among the founders of the collective, which aims to discover and nurture content from independent women creators to draw the attention of media, audiences, and buyers.

“Bittu,” with showings at the BFI London Film Festival; Telluride, Colorado; Palm Springs International Shortfest in California; and HollyShorts film festival in Hollywood, with multiple wins, has created quite a buzz.

“Our efforts with Indian Women Rising would be to bring the spotlight on this already awarded movie so that it shines brighter and hopefully makes it to the top five.”

Monga also shepherded the Oscar campaign for “Jallikattu,” India’s official entry in the Oscars’ International Feature Film category. That film failed to make it to the shortlist.

Though Greta Gerwig (“Little Women”) and Lulu Wang (“The Farewell”) were expected to be front-runners in the best director category at the 2020 Oscars, an all-male nominee list led to media reports with headlines saying female directors were “snubbed” by the Academy Awards.

However, for the first time in the 77-year history of the Golden Globe Awards, this year more than one woman has been nominated in the best director category in any one year: Regina King (“One Night In Miami”), Chloe Zhao (“Nomadland”) and Emerald Fennell (“Promising Young Woman”).

To many, those nominations are testimony to the winds of change across the global entertainment industry.

In India, the largest film-producing country in the world, India Women Rising is making an effort to bridge the gender gap behind the scenes. Khurrana said the number of Indian women directors who made films in the past five years represents just 6 percent of all filmmakers.

“The larger aim of our collective would be to improve the statistics and one day get it to at least 50 percent,” she said.

“It’s about time women filmmakers have an equal representation, if not more,” Khurrana said.

Dube said, “Men [would] have to stop making films for 100 years for women to catch on… and that’s not going to happen.”

She believes that men need to step up efforts equally to push women and women’s narratives in the world of cinema.

“We need the men also to support us. ‘Bittu’s’ entire core team was full of girls, but we had a lot of good men recognizing that this was specific to a girl’s experience and crafted by exceedingly feminine voices, and they were able to respect that,” said Dube.

Producer Ekta Kapoor, who has been a disruptor in Indian TV, films, and streaming, said the Indian entertainment industry has also come a long way as far as onscreen representation of women.

“Initially, the representation of women was restricted to that of a ‘trophy wife’ or a prized possession, something that merely added glamour and sensuality,” she said.

“Unfortunately, the male-gaze was a result of the male-dominated industry. But in the years to come, the outstanding achievements of women the world over finally trickled into the correction of most representations ….

“It’s one of the most remarkable times and the journey has just about begun.”