Now that cinemas in India can operate at 100 percent capacity, the negotiations are heating up.
By Ojaswin Kathuria February 12, 2021
Facebook
Twitter
Linkedin
Email 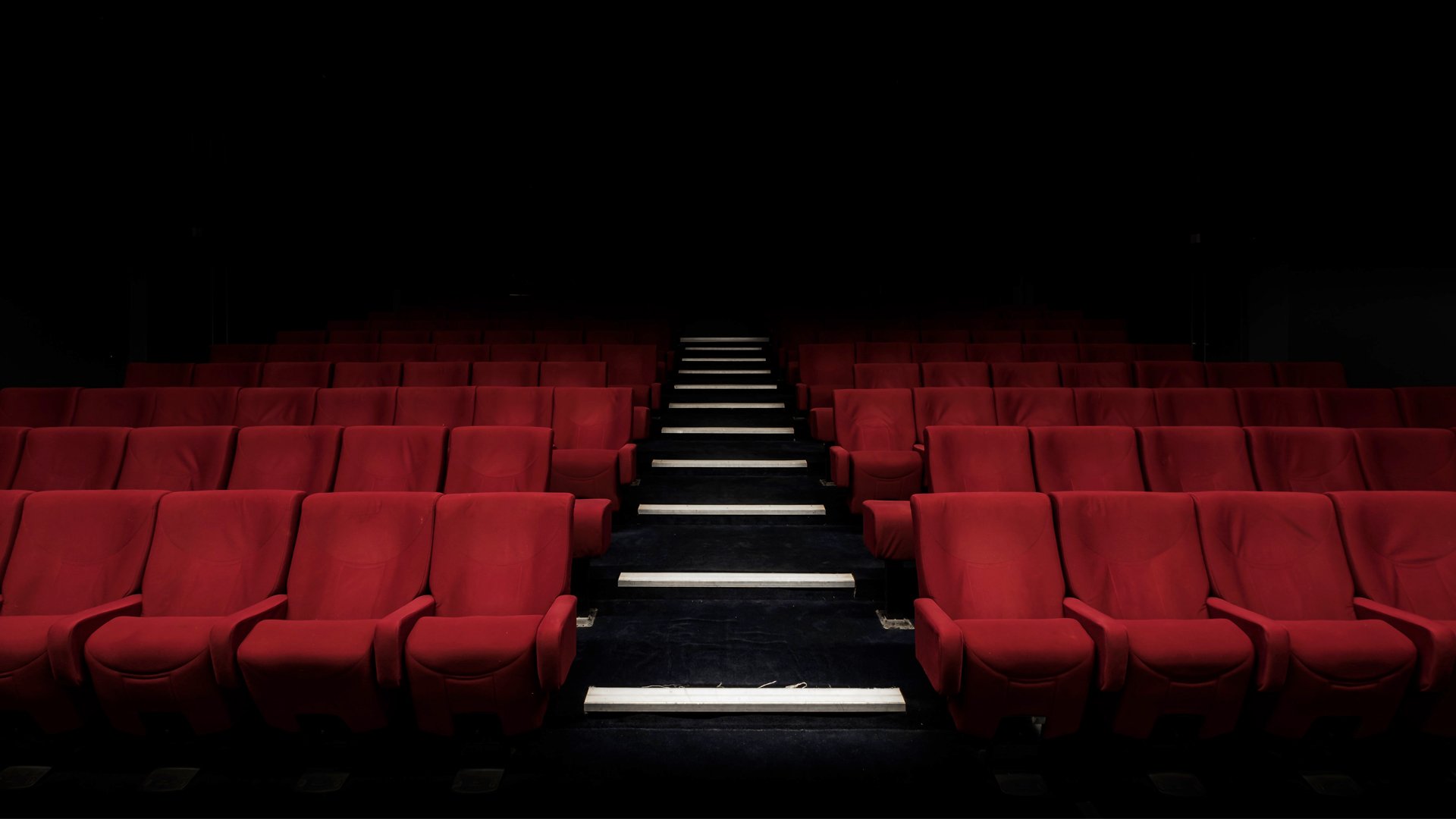 NEW DELHI — The pandemic year of 2020 was a harsh time for cinema, leading to revenue-share changes in the film industry.

The pandemic-induced economic slowdown has hit the film industry severely across the world. The Indian film industry, Bollywood, has been greatly affected due to delayed film releases, with revenue expected to drop from INR 18,300 (about $2.5 billion) to INR 6,100 crore (about $840 million), according to a KPMG report.

Producers of some of the big budget films, including “Sooryavanshi,” “83” and “Laal Singh Chaddha,” among many others had to put the release on hold due to the Covid-related lockdown.

In Hollywood, too, big production houses have put a hold on releases. The release of the next scheduled Marvel film,“Black Widow,” and “The Fast Saga” have been moved to this year. Producers of “No Time to Die,” “Avatar 2” and “West Side Story” are also looking at new dates after year-long delays. Disney has pipelined two of its films to online streaming debuts.

Due to the delayed release, producers of “Sooryavanshi,” which is scheduled to be released on April, have asked for a 70 percent revenue share from the multiplexes. Pre-Covid, the revenue share was 50 percent for both parties. The filmmakers have also demanded the streaming release period be reduced from eight weeks to four weeks. The streaming [or OTT] release period is the time between the big screen release and the release on an OTT platform.

The exhibitors have not yet agreed to any of these terms. They say that the revenue model presented is not feasible for them. 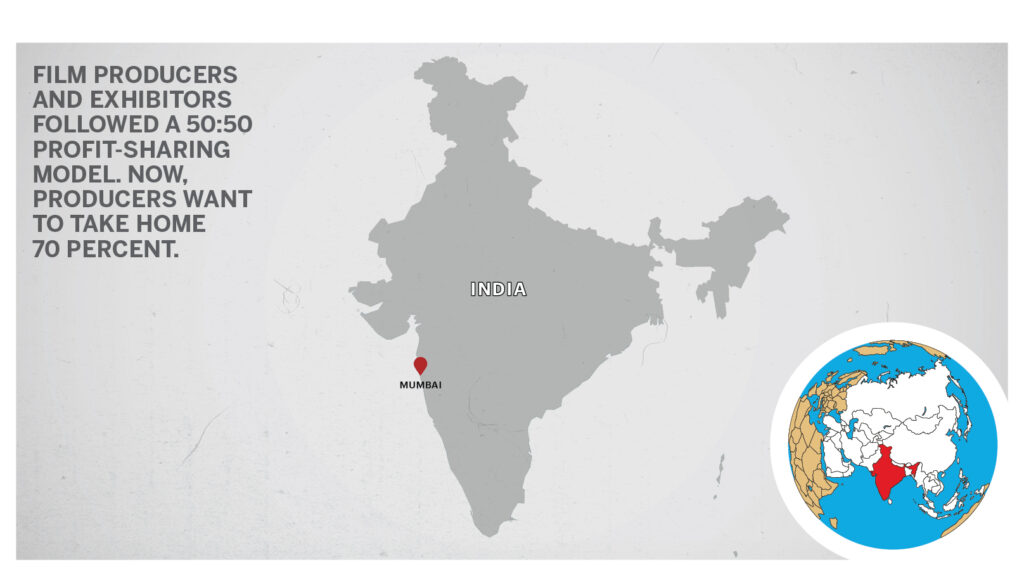 “No concrete decisions have been made as of now, but of course we realize that these are unprecedented times and all the filmmakers have made sacrifices and delayed the releases” said Akshaye Rathi, a film exhibitor and distributor, and director at Vidharbha Exhibitors.

“Similarly, the exhibitors have been paying the bills [and] maintenance charges while running losses, along with [paying] the salaries of staff, with virtually no income for 10-11 months,” said Rathi.

He thinks the OTT period should be determined by looking at how the newly released film performs in theaters.

“The producers and exhibitors need to have a degree of flexibility, where if the film really takes off in the theaters, then to put it on OTT in four weeks would be very unfair for everyone involved in the equation. God forbid, If everything goes wrong for a film and it doesn’t do well in the theaters from the beginning, then it’s only fair for the producers to take it to OTT platforms sooner.”

Rathi hopes that negotiations will result in flexible decisions related to revenue sharing between the parties and will be finalized soon.

In a move welcomed by filmmakers, the Ministry of Information and Broadcasting set new guidelines for cinemas as of Feb. 1, allowing 100 percent seating capacity.

Now, as release dates are finalized, the multiplexes and producers are struggling to reach a common revenue sharing agreement.

“The producers are bound to ask for an increase in the share since some have waited for an entire year to release their films when they could have just gone for a release on online streaming platforms,” said Komal Nahta, a Bollywood trade analyst and TV show host.

“Since the producers took a stand with the cinemas during these tough times, they will ask for a higher share,” said Nahta.

Mohan Umrotkar, CEO of Carnival Cinemas, believes that OTT and theaters are such different platforms that they are not competing in terms of content.

“People won’t get the same experience of watching a movie if they decide to watch it on the television. They may watch it at home on a bigger screen, but sometimes people look out for avenues to go out on a weekend.”A study on the global film industry in 2020 states: “ The coronavirus pandemic began to severely impact the film industry in early 2020 after countless movie theaters closed in an effort to contain the outbreak. As a result, film industry revenue for 2020 will be down significantly from previous years both globally and in the United States.”The study also states that movie theaters are facing growing competition from video streaming services, and many consumers now prefer to watch new movie releases at home.

In addition to the share in revenue they are seeking, producers believe that they shouldn’t be charged the virtual print fee — a fee on the cost incurred by cinemas for upgrading the projection system for a better experience. The fee is usually about INR 20,000 ($274) per screen, which is charged to producers by multiplexes, and by a third party in the case of single screens. The fee does not apply to Hollywood film releases in India.

“The exhibitors started the idea of [the fee] years ago, and now the producers claim that the print fee costs are covered. They now want this to be completely abolished out of the system,” especially since the fee have been waived for Hollywood films, said Nahta.

“There are a lot of stakeholders for the [fee]; it cannot be a bilateral talk between two parties” said Rathi. “In the case of national chains like the PVR, Cinemapolis and INOX, they collect the [fee] themselves, and in case of single screens a third party collects it.”

He said that there needs to be a larger conversation, keeping the short- and long-term goals of the industry in mind.