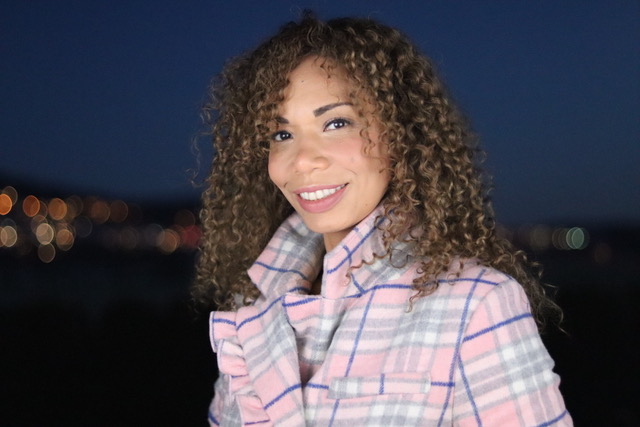 Singer-songwriter Autumn Rowe will be one of the panelists at the Black-Jewish Entertainment Alliances first event. (Caleb Lim and Gladys Ng)

Drawing on their shared experiences of discrimination and marginalization, Black and Jewish leaders have formed an alliance to combat racism and anti-Semitism.

They are using the power of celebrity as a microphone to call for change, as anti-Semitic attacks have skyrocketed over the past few years and the Black Lives Matter movement has renewed calls for racial justice.

More than 170 men and women from the entertainment industry, ranging from film stars to music executives to athletes, signed a February unity statement released by the newly formed Black-Jewish Entertainment Alliance (BJEA) in full page ads in Variety and Billboard to coincide with the Black History Month.

“As members of the entertainment community, we stand against all forms of hate, and pledge to work to bring our two communities together in solidarity, to support one another in our struggles, and to better understand each other’s plight and narratives,” the statement reads.

“In the spirit of Martin Luther King Jr., Rabbi Abraham Heschel, and the many Blacks and Jews who stood together in the fight for civil rights, we come together to support each other in the struggle against hatred and bigotry.”

“The rifts between people are as high as they have been in a long time,” Andrew Gould, former president of A&R, Downtown Music Publishing, told Zenger News. “You’re seeing systemic racism toward the Black community at its peak right now, and you’re seeing a level of anti-Semitism at its peak right now. We have had such a shared history. It’s just such an obvious step for the two communities to come together.”

Several of the signatories told Zenger News their support of the BJEA is a natural extension of work they are already doing on behalf of human rights and social justice — publicly or privately.

“I haven’t been one to put my name forward. I’m a little averse to being too far in front of any cause because I saw it as detracting from the cause,” said Brian Dobbins, co-president of the Hollywood management firm Artists First. “But then I realized I needed to do more and probably should be putting my name forward to be part of a larger, louder group.”

Singer-songwriter Autumn Rowe, the daughter of a Black father and a Jewish mother, said her interest in combating racism intensified in 2019 when she felt the division in America intensified. That year, she also collaborated with fellow music activist and “The Late Show with Stephen Colbert” bandleader Jon Batiste on the song, “We Are,” which became an anthem of the 2020 Black Lives Matter protests.

In addition to being a signatory with the alliance, Rowe will be one of the panelists at the first BJEA event: a Feb. 17 discussion on growing up both Black and Jewish and on what entertainers can do to bring the two communities together.

Asked what she believes non-celebrities can do to further the mission of the alliance, Rowe suggested people read about Black and Jewish history.

“I want people to be open-minded to other people’s pain and struggles,” she said. “Let’s just support everybody and realize what we all have gone through. Sometimes I feel like people don’t really take that time, and it hurts everyone. So I just want everyone to take a moment to do some serious research and just for a second imagine what the other person is going through, what they’re feeling, and just hold that space.”

The formation of the alliance comes as anti-Semitic incidents and attacks have been on the rise in the United States in recent years, reaching an all-time high in 2019, according to the Anti-Defamation League.

Jews account for less than 2 percent of the American population, yet the new FBI Hate Crimes Statistics report found more than 60 percent of religious-based hate crimes in 2019 targeted Jews, an increase of 14 percent over 2018. The FBI also reported in 2019 that 57.6 percent of the victims were targeted because of the offenders’ bias against race/ethnicity/ancestry.

The new alliance also follows a tense summer that featured nationwide demonstrations against systemic racism and police brutality, largely sparked by the death of George Floyd, an unarmed Black man who died while being arrested in Minneapolis.