The iconic singer, who got her start on the Chitlin' Circuit, thinks the world is ready for a movie about it.
By Percy Crawford February 11, 2021
Facebook
Twitter
Linkedin
Email 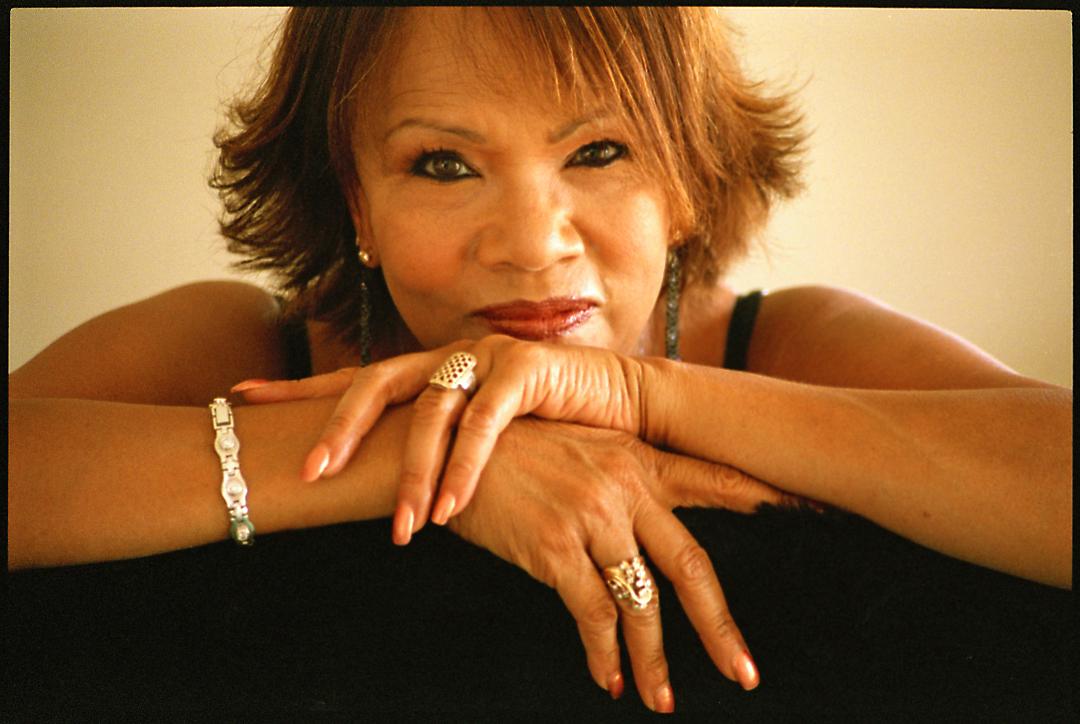 Candi Staton began her career through the Chitlin’ Circuit before becoming a global icon with her song “Young Hearts Run Free”. (Photo courtesy of Alan Messer)

Understanding a person’s start is sometimes more valuable than understanding their ending — especially someone who has reached iconic status. “Young Hearts Run Free” made Candi Staton a global icon. Hits such as “You Got the Love” and “Stand by Your Man” further enhanced her status in the music world. However, the start of her career was not as glamorous as her current status would lead you to believe. Like those of many African American entertainers in the ’60s, her career would begin on what was known as the Chitlin’ Circuit.

The Chitlin’ Circuit provided a platform for African American entertainers, particularly Southern-rooted ones, to perform in front of segregated audiences. Many greats such as Count Basie, Ike and Tina Turner, James Brown, Chubby Checker and many more got their start on this circuit. Candi Staton describes her time on the Chitlin’ Circuit as both good and bad.

While the exposure was nice, and performing in front of mixed crowds broadened its audience, the circuit became littered with shady promoters, poor traveling and dressing-room conditions and several unpaid performances. For Candi, what doesn’t kill you only makes you stronger. The four-time Grammy nominee credits the Chitlin’ Circuit for making her an entertainer. It toughened her up for the roller-coaster ride that is the music industry.

Zenger News caught up with the music icon to discuss the highs and lows of the Chitlin’ Circuit, why she feels it’s important for a movie to be made about the circuit before it’s too late and much more!

Zenger News: So, you have apparently discovered the fountain of youth. Do you care to share?

Candi Staton: (Laughing). My youth comes from the fountain itself. Yes Lord. I got the same fountain Moses had when he was 130. Thank you so much!

Zenger: You are very welcome. How are you doing these days?

Staton: I’m doing good considering what all of us in this whole wide world are going through right now. This whole COVID mess. Trying to stay safe, Percy. Staying in the house, trying to eat the right stuff, trying to take the right vitamins, praying a lot and praying for the world and people. I’m so sick of seeing the news, everybody is dying and stuff. People that I know have passed away, entertainers and stuff. So, my heart is just … I’m glad I don’t have it and I pray that I never will. I’m just trying to deal with what’s going on in the world around me.

We’ve had a whole year of this. It actually started in January. And you know what, Percy, I think I’ve had it. I was in Memphis with my husband for New Year’s. We came up here for Christmas and I rode back with him for New Year’s. And on the way back home, he started getting hoarse. I said, “I can barely hear you. Are you okay? You need me to drive?” He said he was all right, but he was hoarse. We were about 100 miles from Memphis. When we got to his house, he was really sick and coughing; he had shortness of breath. We went down there for the New Year’s Eve party at his church. They always have a nice dress up thing for New Year’s Eve, and we couldn’t even make it.

He was too sick to make it. And we couldn’t do the New Year’s Day church service. And then about three days in, I was coughing. I was coughing so bad I couldn’t even talk. I talked to my daughter and she said, “Momma, call the ambulance and go to the hospital. Finally, I broke down, and his granddaughter picked me up and took me to the Methodist hospital in Memphis. I thought I had bronchitis. She gave me the Z-Pak and three other things to take, some cough medicine and something else. I took two of those Z-Paks; my cough went away immediately. It just cleared my lungs up. I believe I had it.

Staton: Oh my God, the Chitlin’ Circuit was one of the … the Chitlin’ Circuit, Lord. You know what, Percy, I wish somebody would make a movie. They need to make a movie out of this. They really do. The Chitlin’ Circuit has its good and it has its bad. The Chitlin’ Circuit was amazing. It was an amazing circuit. My God I tell you, you got good days; you got bad days; you got days you don’t get paid sometimes; you go hundreds of miles to get to the gig. At that time, we were doing two shows a night. If you didn’t catch him after the first show, you didn’t see the promoter after the second show was over because he would take all the money and go. It was bad. Yeah! The Chitlin’ Circuit was a community. It’s like a community. It’s like any other genre of music. You have that inside circle. I would be out there with Tyrone Davis, Johnnie Taylor and B.B. King, Albert King, Millie Jackson. She was out there with us. So many… Denise LaSalle, Bobby Womack. We did the whole circuit. It was horrible at times.

Now, when I was out there, gas was like 29 cents a gallon. They had gas wars. Twenty-nine cents would be on this side, and 27 cents would be on the other side. We would go over to the cheapest side, and then he would bring his down to try and beat the other side. And they were all closed on Sunday. So, you couldn’t get gas on Sunday. So, a lot of times we would get stuck where we were. If we didn’t gas up the night before, if we had to go more than 300 miles, we just stayed another day in the hotel. You better believe we’re a long way away from 29-cent gas.

And segregation was horrible. Sometimes they didn’t want you to go to the bathroom. You couldn’t go in the bathrooms at all. That’s when segregation … it was bad. On the road, it was not convenient to travel. You would get to the gig and you would have to unload, put everything together. The band would have to put all the stuff together and make sure everything worked. We would go to the hotel and eat dinner, come back and do a show at 10 minutes to 2 was the time we went. Sometimes they didn’t have nothing in the dressing room, not even a mirror. Sometimes I would have to get on top of the commode to put my gown on. At that time, we did gowns, long pretty gowns. I remember one time the toilet had overflowed. It was wet on the floor; it was just so ugh. It was horrible.

And then there were good ones. They had good ones. They all weren’t like that. There were some great promoters, promoters you could trust. You didn’t even have to ask them for your money; they would just come back there and give it to you. And then there were promoters you had to chase all night. You had to carry a pistol. And then there were fights in the club. So, like I said, it was good and bad, but people loved you and they would heckle you. It was really trying times. It made me tough. It made an entertainer out of me. You see “American Idol”; these kids have no clue how to sing soul music.

We sang soul music because we had soul to go through the rough times. Our mind, will and emotions were messed up. That’s what soul is all about. They living good and they trying to sing blues. You ain’t got the blues, how you gonna sing something you don’t have? Ain’t been blue a day in your life. Your boyfriend might’ve left you, that’s about it. Or your husband might’ve cheated on you, that’s about it. But you didn’t have to go through what we went through. We went through hell. Cops stopping you on the road and making you get out the car and all that crazy stuff. We need a movie with the Chitlin’ Circuit.

Zenger: There really should be a movie or a very detailed documentary on the Chitlin’ Circuit.

Staton: I really hope we can find somebody that wanna get me to talk in depth with the Chitlin’ Circuit before I pass on. There really should be a movie or a documentary like you said because so many people got their start there. So many talented entertainers and musicians got their start there. So many of us have gone. I wanted to get Billy Paul. I talked to Billy Paul when he was alive, Percy Sledge when he was alive. I talked to Martha Reeves and I said, “Martha, we need everybody to give their rendition of the Chitlin’ Circuit and put it on tape before we pass away.” But they are already gone. Percy is gone; Billy is gone. Billy was willing to do it because we were on a bus together in Europe doing a tour and he was willing to do it. But we didn’t get around to it. A lot of the older people that know about it … see after a while, nobody is going to be left to know about it. I would be willing to do it, so if you come up with something, give me a call.

«Previous Post
Expanding Beyond His Music, TQ Has Evolved Into A Versatile Businessman»Next Post
When It Comes To Personal Training, All Is Wells That Ends Wells