The antiquity is a national treasure — only 11 such coins have been discovered in Israel.
By Naama Barak February 10, 2021
Facebook
Twitter
Linkedin
Email 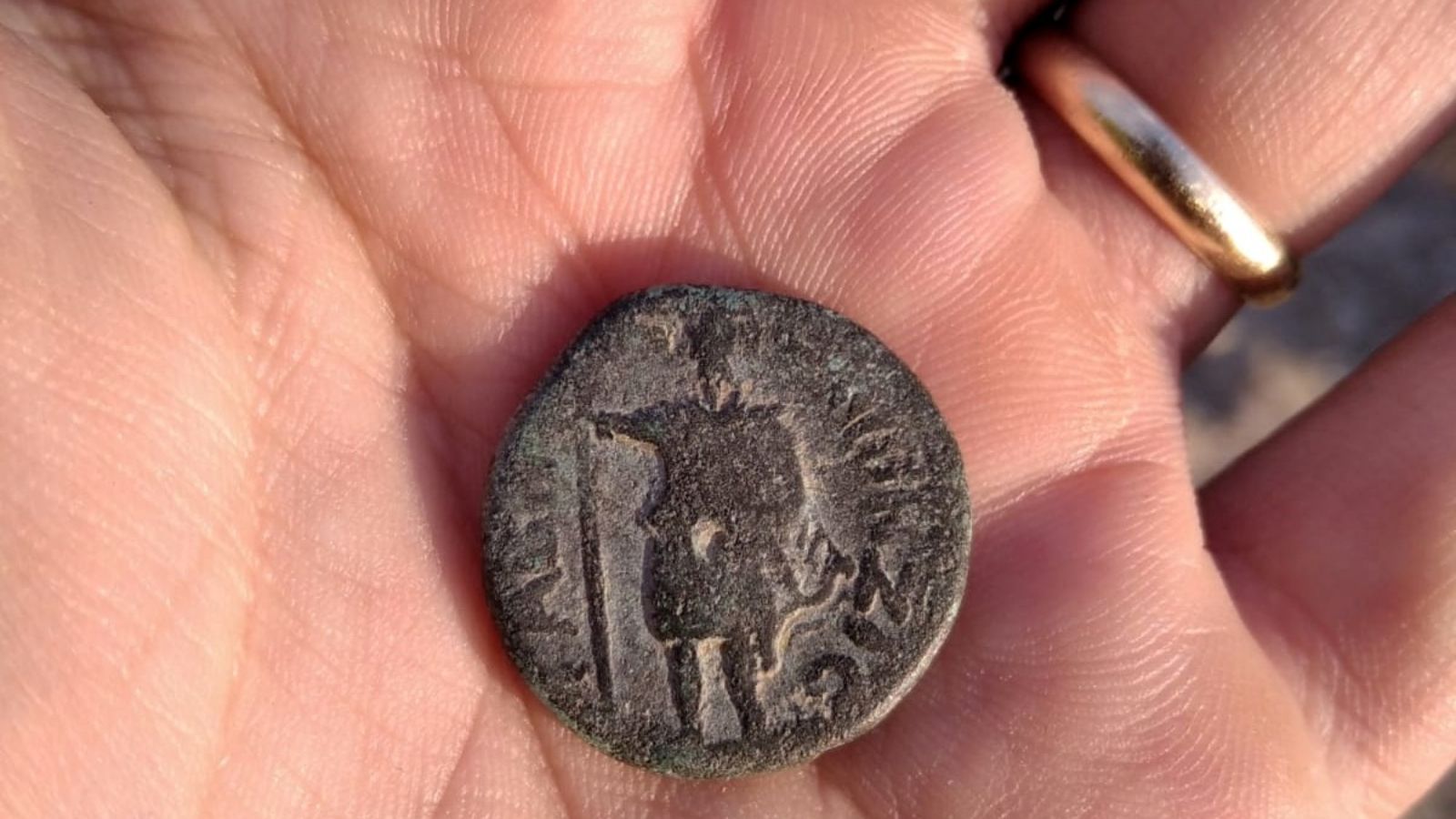 In a truly only-in-Israel kind of moment, a rare coin dating back to the Roman Empire was recently discovered by soldier Ido Gardi during an IDF (Israeli Defense Force) training exercise.

His find is so rare that only 11 such coins have been unearthed in the country.

The coin bears an image of Roman emperor Antoninus Pius and was minted in 158-159 CE. Its reverse side depicts the Syrian moon god, Men, along with the inscription “of the people of Geva Philippi” and the date when it was minted.

The identification of the place of minting is what makes the coin so rare, with only a handful of examples known to the National Treasures Department of the Israel Antiquities Authority.

“The coin discovered is one of the municipal coins minted in the city of Geva Philippi, also known as Geva Parashim,” said Avner Ecker from Bar-Ilan University.

“In the Roman period, cities — poleis — were granted the right to mint their own coins. The year marked on the coin is the year when the municipal council was evidently established and its citizens were allowed self-government under the Roman Empire,” he said.

“The coin was probably lost by its owner on one of the roads that cross this area, until the soldier spotted it almost 2,000 years later,” said Nir Distelfeld from the IAA. “It should be stressed that antiquities are national treasures. It is forbidden to actively seek them, and any chance finds must be reported to the IAA.

“The soldier, Ido Gardi, demonstrated exemplary civic behavior, and we hope he will act as an example for others who discover ancient finds.”

Soldier stumbles on rare coin from two millennia ago appeared first on ISRAEL21c.