Daring To Be ‘Rita Moreno: Just A Girl Who Decided To Go For It’

The actress is one of 16 stars to have won an Emmy, a Grammy, an Oscar and a Tony.
By Julio Martínez February 10, 2021
Facebook
Twitter
Linkedin
Email 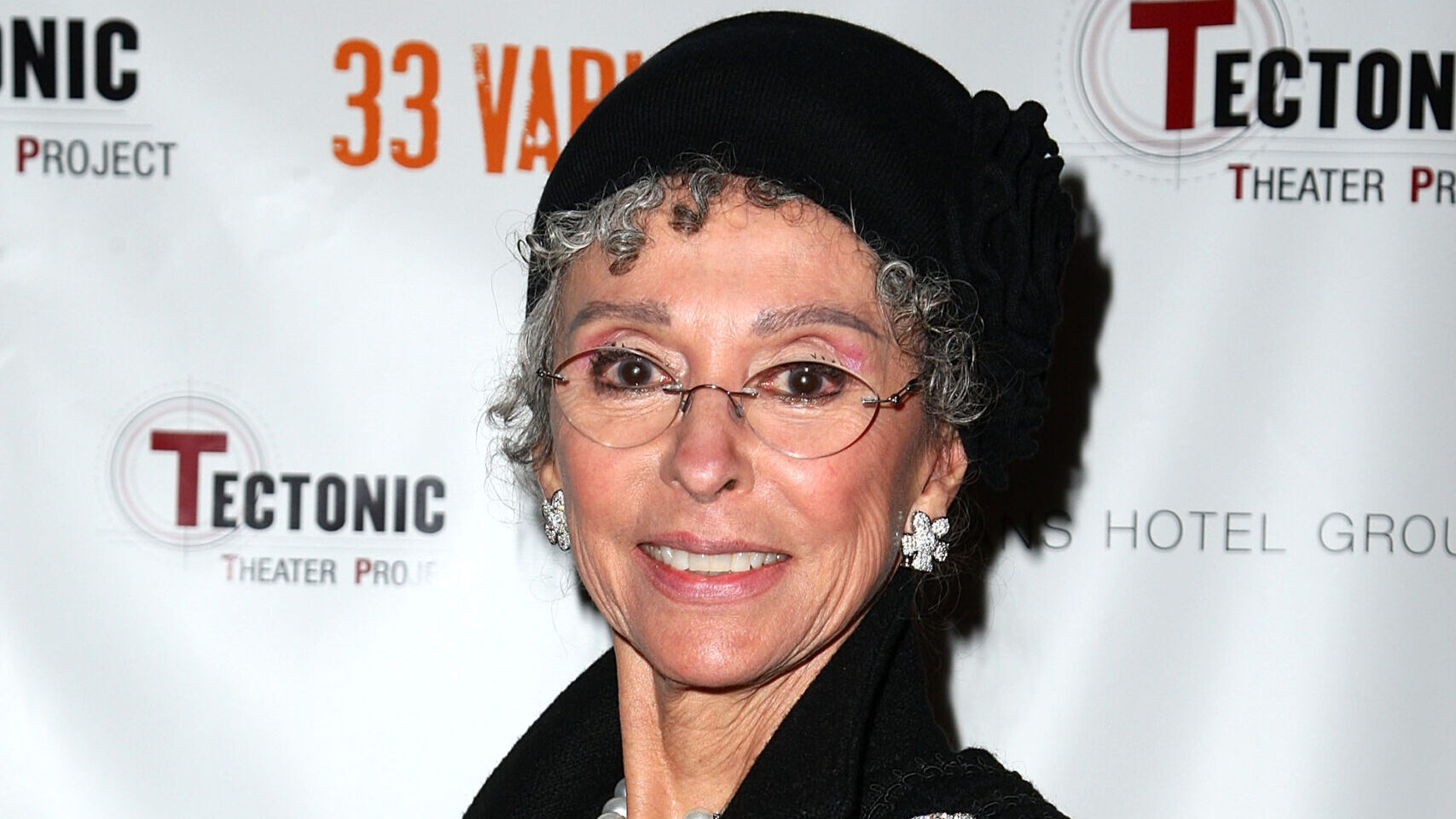 The PBS American Masters biographical documentary, “Rita Moreno: Just a Girl Who Decided to Go for It,” doesn’t just focus on the successes and struggles of Moreno’s monumental journey as an entertainer for over 70 years. Filmmaker Mariem Pérez Riera practically turns her story into a selfie.

The camera relentlessly follows the performer, who calmly flows into a self-narrated, unexpurgated journey of the five-year-old girl who traveled with her mother from Puerto Rico to New York during the height of the Great Depression.

During the first day of filming the documentary, Riera was surprised to hear about the adversity Moreno faced during her career and was impressed by her openness in discussing how she sought help through therapy. As a Puerto Rican woman working in the film industry, Riera empathizes with many of Moreno’s struggles.

The result is a fascinating look into the exploits of a young performer who battled through the ethnic inequities of Hollywood’s studio system in the 1950s, a failed romance with a superstar and an attempted suicide.

Moreno is one of only sixteen EGOT artists (winner of an Emmy, a Grammy, an Oscar and a Tony Award). Signifying success in every field of performing, this recognition series is referred to as the “Grand Slam” of show business.

Moreno recalls her preteen years in New York City and her intense desire to perform. She took dance lessons and landed her first Broadway role at 13. This opportunity led to Hollywood talent scouts setting up an appointment for her and her mother to meet studio head Louis B. Mayer in the penthouse at the famous Waldorf Astoria Hotel.

Moreno recalled that she didn’t know how to dress for the meeting since she had no Latina role models to guide her. So, she decided to emulate Elizabeth Taylor, who was a teenage star in Hollywood at the time. Mayer took one look at her and uttered, “You look like a Latin Elizabeth Taylor.” She got her Hollywood contract.

By that time, Moreno was the family’s principal breadwinner. As it turns out, those were Moreno’s happy years. Hollywood had been her dream. However, the reality of the parts she secured was less than satisfying. She found herself portraying ignorant dark-skinned native girls in such films as “The Toast of New Orleans,” “Pagan Love Song,” “The Fabulous Señorita” and “Cattle Town.” 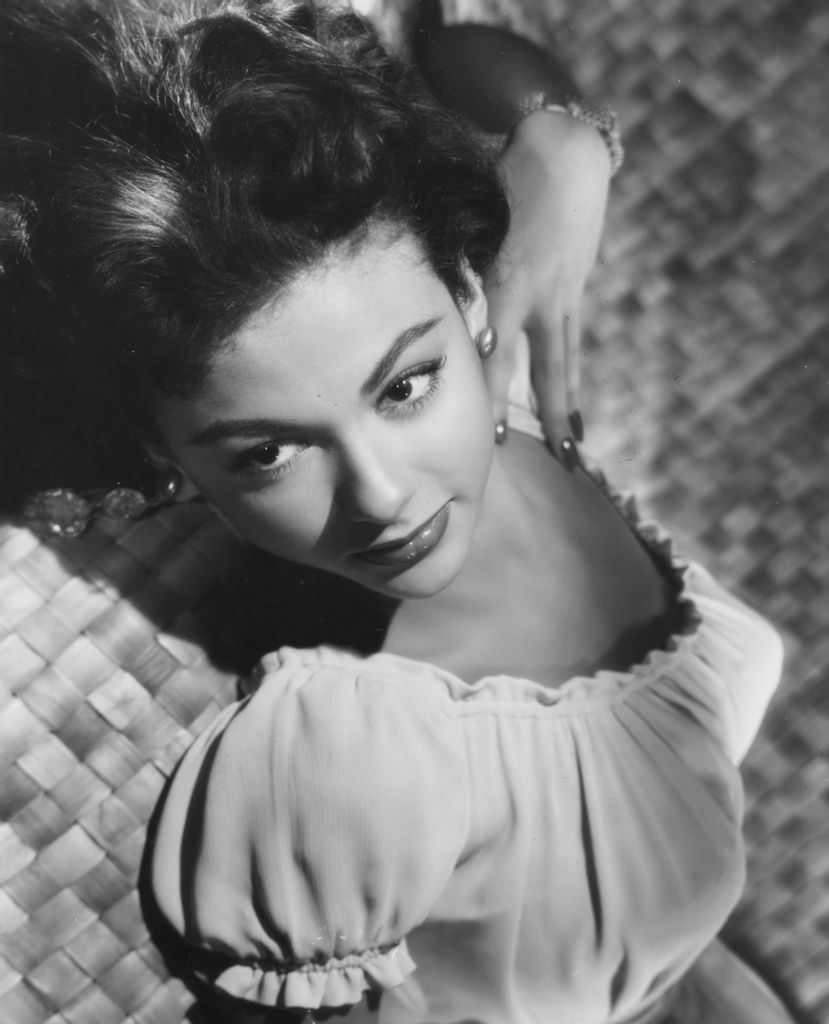 Actress Eva Longoria said that Moreno developed a “universal accent” to cover any role she got, regardless of the character’s nationality.

Moreno eventually received a break from the stereotypical roles, playing film star Zelda Zanders in MGM’s “Singin’ n the Rain” (1952), but the rest of the 1950s found her in the usual casting box. Not even her role as Tuptim in “The King and I” (1956) changed her career trajectory.

“That was a boring role,” she said.

Moreno also candidly recounts the humiliation she faced being a starlet in Hollywood at the time, including countless meaningless “dates” set up by the studios for her to be seen with other young actors. She was also propositioned at a party by movie mogul Harry Cohn and later groped on the dance floor by another guest. She describes running out into the garden where some Mexican workers helped her with her getaway.

The actress matter-of-factly delves into her eight-year relationship with Marlon Brando, whom she met in 1954 when she was 22.

“He loved me, and I was obsessed by him,” she said, despite enduring abuse at his hands, as well as living through two of his marriages during their relationship.

Brando impregnated her and then paid for her to have an abortion, which was dangerously botched. The episode ended with her suicide attempt.

It was at this moment when Moreno went into therapy. Six years later, Brando and Moreno were in a film together, “The Night of the Following Day” (1968).

“In the film, we had a fight scene. All my emotions came to the surface, and we went at it. The director loved it. He kept rolling the film,” she said.

However, Moreno does credit Brando for introducing her to social activism, and she became quite involved in what is now known as the #MeToo Movement.

The documentary highlights her Oscar-winning role as Anita in the film “West Side Story” (1961) as the turning point in her career. In rehearsing for this role, she came to identify with the type of strong, self-determined woman that Anita represented. But she was so unprepared for winning the Oscar for Best Supporting Actress. In one of the shortest acceptance speeches on record, all she could say was, “I can’t believe it.” 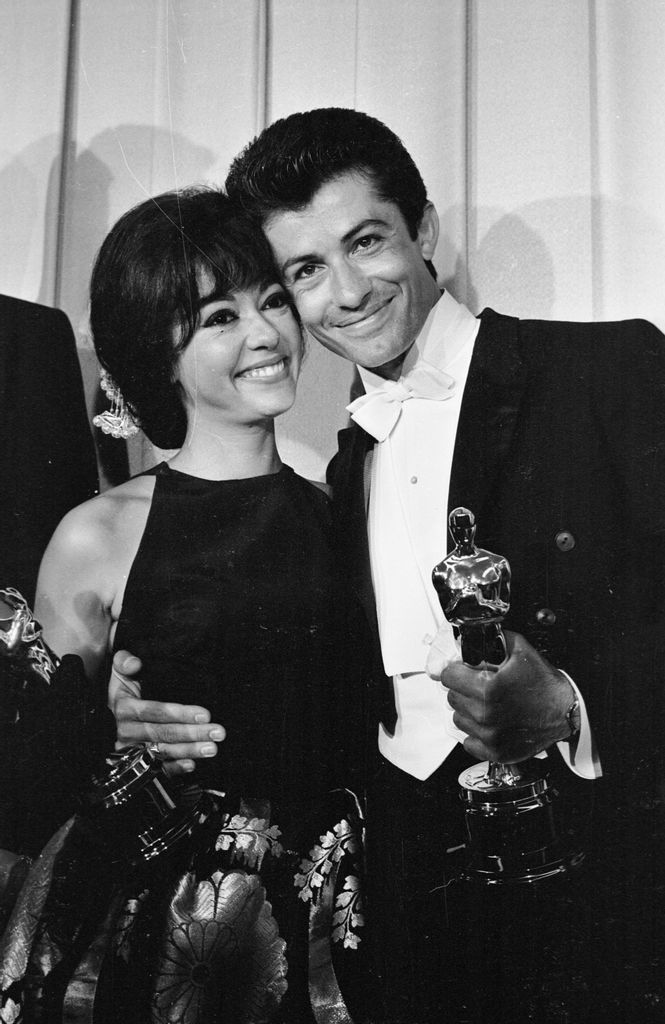 Moreno expanded her work on stage to include her Tony Award-winning turn in “The Ritz” and concerts. She recorded and worked on television, working on the PBS children’s series, “The Electric Company” (1971-1977). The Puerto Rican won two personal Emmys, one for “The Muppet Show” in 1977 and the other for her performance as a guest actress on “The Rockford Files” in 1978. She also won a Best Actress ALMA Award for her performance in HBO’s “Oz” (1977-2003).

Many fans were disappointed when Moreno was overlooked for a 2020 Emmy nomination for her most recent TV role in Norman Lear’s reboot of “One Day at a Time,” which aired four seasons, first on Netflix POP TV and finally on CBS.

The documentary offers a poignant look at her marriage to cardiologist Leonard Gordon, whom she married in 1965. They had one daughter, Fernanda Gordon Fisher, and two grandsons. Moreno reflects that he was a wonderful, loving man, but he was not the passion of her life.

“We were really not a good couple,” she says.

Moreno once considered leaving her husband but could not because she did not want to break up the family. He died in 2010, and Moreno concurred she was relieved at his passing.

“Rita Moreno: Just a Girl Who Decided to Go for It” concludes as viewers follow Moreno onto the set of Steven Spielberg’s remake of “West Side Story,” where the actress, at age 89, happily worked in the supporting role of Valentina. The film will be available in December 2021.

Moreno is now looking forward to her next role.

Daring To Be ‘Rita Moreno: Just a Girl Who Decided to Go for It’ was first published in LatinHeat Entertainment.