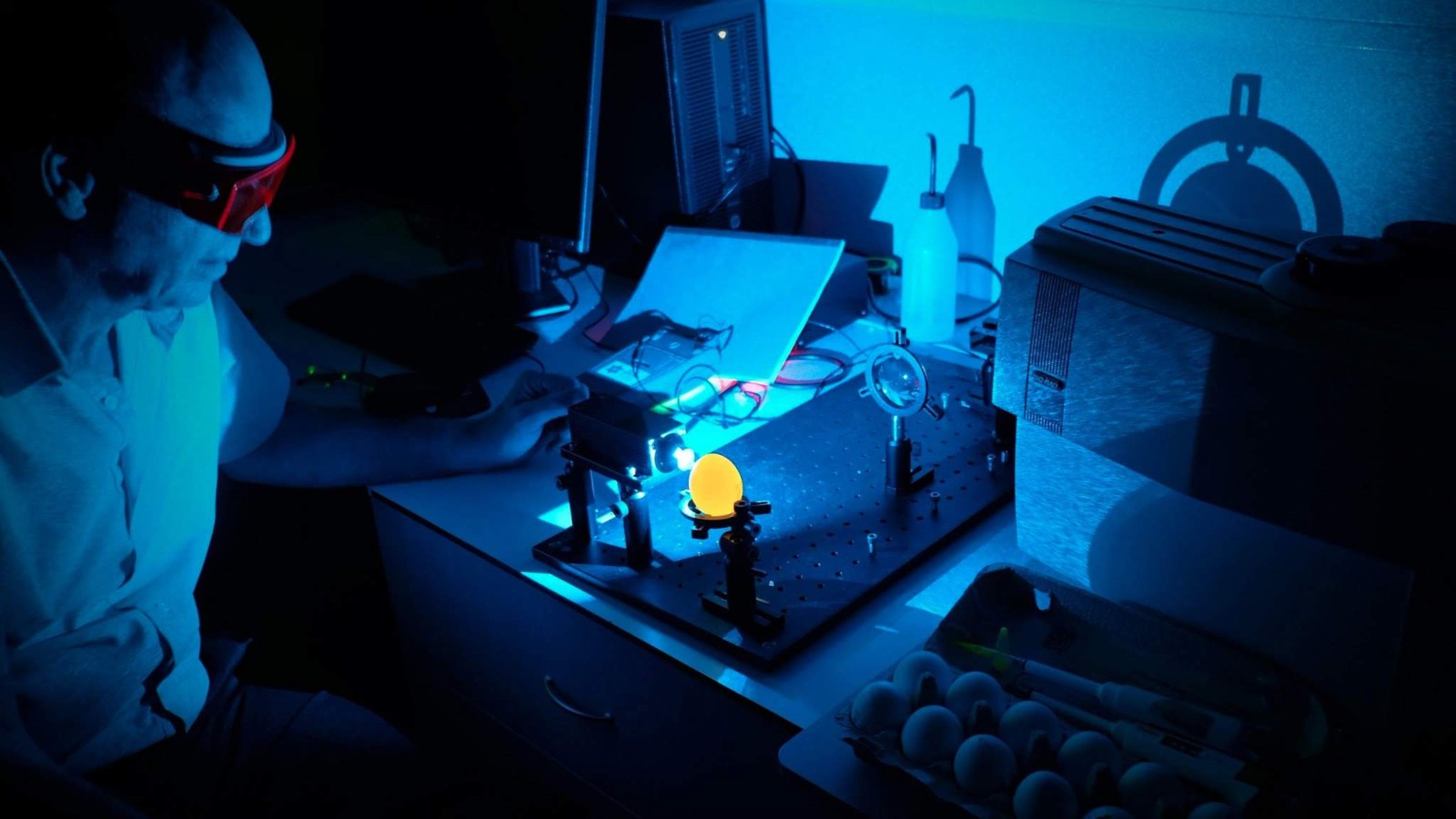 Prof. Daniel Offen detecting the biomarker of a male chick before it is incubated. (Photo courtesy of eggXYt)

TEL AVIV — While the SARS-CoV-2 coronavirus grabbed center stage over this past year, biotech startup eggXYt turned its attention to avian influenza — the deadly “bird flu” that’s led to the slaughter of millions of infected poultry and also threatens human health.

This is the latest innovation from eggXYt, which has previously been recognized for its idea to determine the sex of chicks before incubation.

Every year, the egg industry destroys some 4 billion male chicks because they can’ lay eggs and aren’t the right breed for meat. Using eggXYt’s automated system would spare these chicks, make 4 billion more eggs available to consumers, and save labor and money for the industry.

“Our primary goal is to improve animal welfare and efficiency within the poultry industry,” says Yehuda Elram, CEO and co-founder of eggXYt, which is opening a state-of-the-art R&D facility in Jerusalem and raising a Series A round of funding.

Through the gene-silencing technology, eggXYt will expand its poultry portfolio into the field of health.

“Following the Covid-19 outbreak, we are all very mindful of the threat of zoonotic diseases to human health and so we are especially motivated to embark on a project that may help to prevent further pandemics,” Elram said.

Elram and neuroscientist Daniel Offen (also founder of Brainstorm Cell Therapeutics) established eggXYt in 2016. Their strategy was to build a platform, talent pool and know-how to create a variety of genetics-based solutions for the poultry and livestock industry.

“Avian flu was chosen as our next target because it is the number one pain point for the industry from a health point of view,” says Elram.

The current main approach is an avian influenza vaccination. However, these expensive vaccines must be individually administered and do not cover all flu strains. They can only reduce, not eradicate, outbreaks.

“Our new approach will produce chickens that have intrinsic, wide-range, genetic resistance throughout their whole lifetime and on to their offspring,” Elram says.

Elram says other genome-editing technologies to develop influenza-resistant chickens aim to change the sequence of genes that code for proteins, and may present greater risks of harmful effects.

“This is driving extensive interest in the technology from outside parties and we are delighted to partner with eggXYt and other innovative companies from the broader agricultural and life-sciences industries.”

MIT Solve recently chose eggXYt as a Solver team for its Sustainable Food Systems Challenge from a pool of 2,600 applicants from 135 countries. The year-long program provides funding and access to VCs and MIT experts.

This could speed eggXYt’s path to commercialization for all its products. Elram believes eggXYt’s product will be the first to market and may provide resistance to other pathogens as well.

“We estimate it will take 40 months or so to create gene-edited, stable founder flocks of chickens,” he says.

Counting chickens before they hatch

At the same time, eggXYt is advancing toward commercializing its flagship product aimed to end the “culling” of male chicks, usually done by grinding them alive.“Consumers care more and more about how food gets onto their plate and what happens between farm and fork,” says Elram. “This trend is only growing.”

He says the buzz started in 2014 when animal welfare activists pushed Unilever — producer of Hellmann’s mayonnaise, one of the largest egg consumers worldwide — to issue a statement that chick culling must end.

“Ever since, governments have been enacting legislation to ban chick culling, each country with a different timeline,” says Elram, the grandson of Israeli egg farmers.

“We are taking the best approach, as we see it. Some of the competition is working on solutions that have to start the incubation process and stop it at some point.”

In contrast, eggXYt’s technology detects the gender of newly laid eggs by picking up a signal from a biomarker right through the shell — made possible by a gene-editing technique called CRISPR that recently won a Nobel Prize in Chemistry for its developers, Jennifer Doudna and Emmanuelle Charpentier.

To complete the process of designing the device that will detect the signal from each egg of the gene-edited chickens, eggXYt has partnered with strategic investor TBG, whose operating companies make egg-grading and hatchery equipment.

“We believe the world is becoming more receptive to the use of high-end technology to solve the world’s most pressing problems,” says Elram. “That is part of what we are doing with MIT–bringing together different pieces of the puzzle in the innovation ecosystem to solve big problems.”