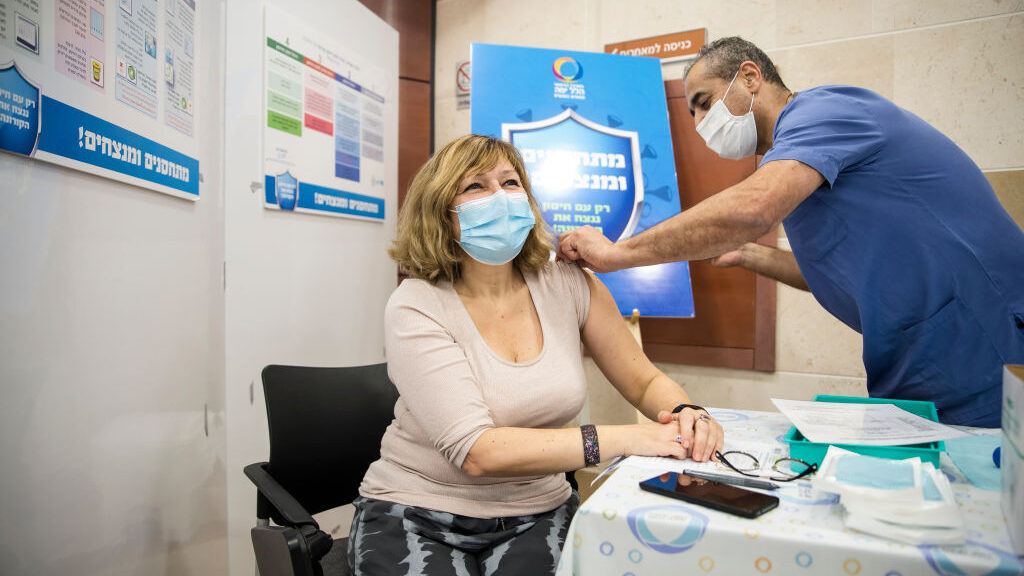 People who have received the Pfizer-BioNTech vaccination against COVID-19 seem significantly less likely to “shed” or transmit virus particles in their nose or throat.

That is the finding of a study pre-published on February 8 by Israeli scientists from COVID-19 testing centers MyHeritage Lab and the Central Virology Laboratory at Sheba Medical Center.

While the study results have not yet been peer reviewed, they may answer the key question of whether COVID-19 vaccines not only protect the vaccinee but also people in proximity to them.

The study was possible because real-world data is abundant in Israel, which started its Pfizer vaccination rollout December 20 and focused on individuals 60 and older.

The study traced the cycle threshold (Ct) value distribution — which indicates how much virus an infected person harbors — of 16,297 positive qPCR tests performed between December 1 and January 31 from these two age groups.

“As we do not have access to the vaccine status of each test, our hypothesis was that if vaccines reduce viral load, we should see a difference in the Ct values between these two age groups in late January but not before,” they explained.

After corroborating these results using a mathematical model, the scientists used demographic data and daily vaccination rates to estimate the effect of vaccination on viral load reduction.

“Our estimate suggests that vaccination reduces the viral load by 1.6x to 20x in individuals who are positive for SARS-CoV-2. This estimate might improve after more individuals receive the second dose,” they wrote.

“Taken together, our findings indicate vaccination is not only important for individual’s protection but can reduce transmission.”

The study’s authors are Prof. Yaniv Erlich, chief science officer of MyHeritage; Ella Petter, Danit Oz-Levi, and Asaf Younger of MyHeritage; Orna Mor and Neta Zuckerman of the Central Virology Lab; and Dvir Aran of the Technion-Israel Institute of Technology.

Pfizer vaccinees less likely to pass coronavirus to others appeared first on ISRAEL21c.