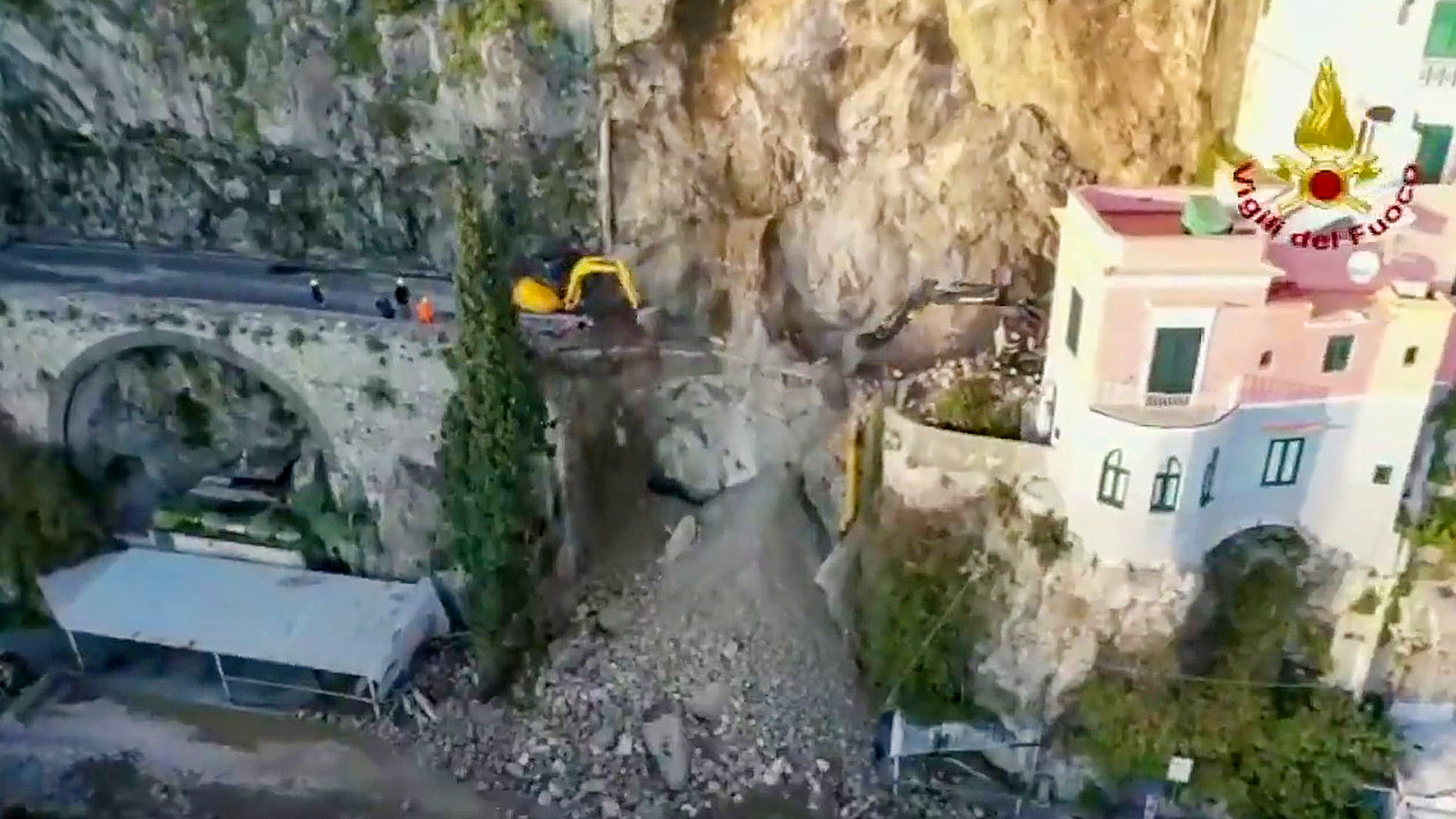 Aerial view of the landslide that caused damage to the town of Amalfi. (@emergenzavvf/Newsflash)

A large landslide took place when a part of a cliff collapsed in the city of Salerno, located on the Amalfi coast in Italy. The place is known for its numerous UNESCO world heritage sites and stunning beaches.

Tons of debris has blocked the road for transportation. Locals in this ancient Roman port town are using boats as a means of transportation to get from one side to the other. The roads have been destroyed by the landslide.

“There were no human casualties. The roads would remain close while safety work is carried out,” said Daniele Milano, the mayor of Amalfi. “Those evacuated from their homes will sleep in other accommodations, tonight and in the next few days.”

The landslide has left several buildings into danger of structural damage. The buildings were evacuated after the landslide to avoid any accidents. Also, the civic engineers are examining the condition in order to make them safer for the future.

“To aid the traffic system in Italy, during the 19th century lots of roads were constructed by the Bridges and Roads Bourbon Department,” said the report. “Recent study confirms that the present-day tectonic setting of the Southern Apennines is guided by a system of Quaternary normal faults, which determines a still immature basic-and range morphology. These faults are responsible for rockfall and debris flow and are very rapid encumbering roads.”

Though the debris was cleared the roads were closed. Checking was done on the cliff to prevent any further landslide.

Reportedly, nobody was injured when numerous debris fell onto the roads in the city. The place has been inhabited by people since prehistoric times and was one of the main seaports in the Roman Empire.

The work continued till Feb 2, to reconstruct the road for traveling.

While the road remained close for construction work, the Municipality has established alternative transport options. They have taken the advantage of the sea to carry people via boats. The students from the nearby school in the town of Positano, a village in Italy are made to return home by traveling through boats.

“What happened in Amalfi, the collapse near Marinella, is not an expected event. The Amalfi Coast has its own geological fragility and the Amalfi state roads need maintenance that go beyond emergency responses,” said Andrea Ferraioli, the president of Amalfi’s Coast Tourist District.

De Luna has urged the authorities to open an investigation and the cause behind the landslide.

The engineers have collated all the information about the investigation. However, the road is set to remain close until all the debris is cleared.