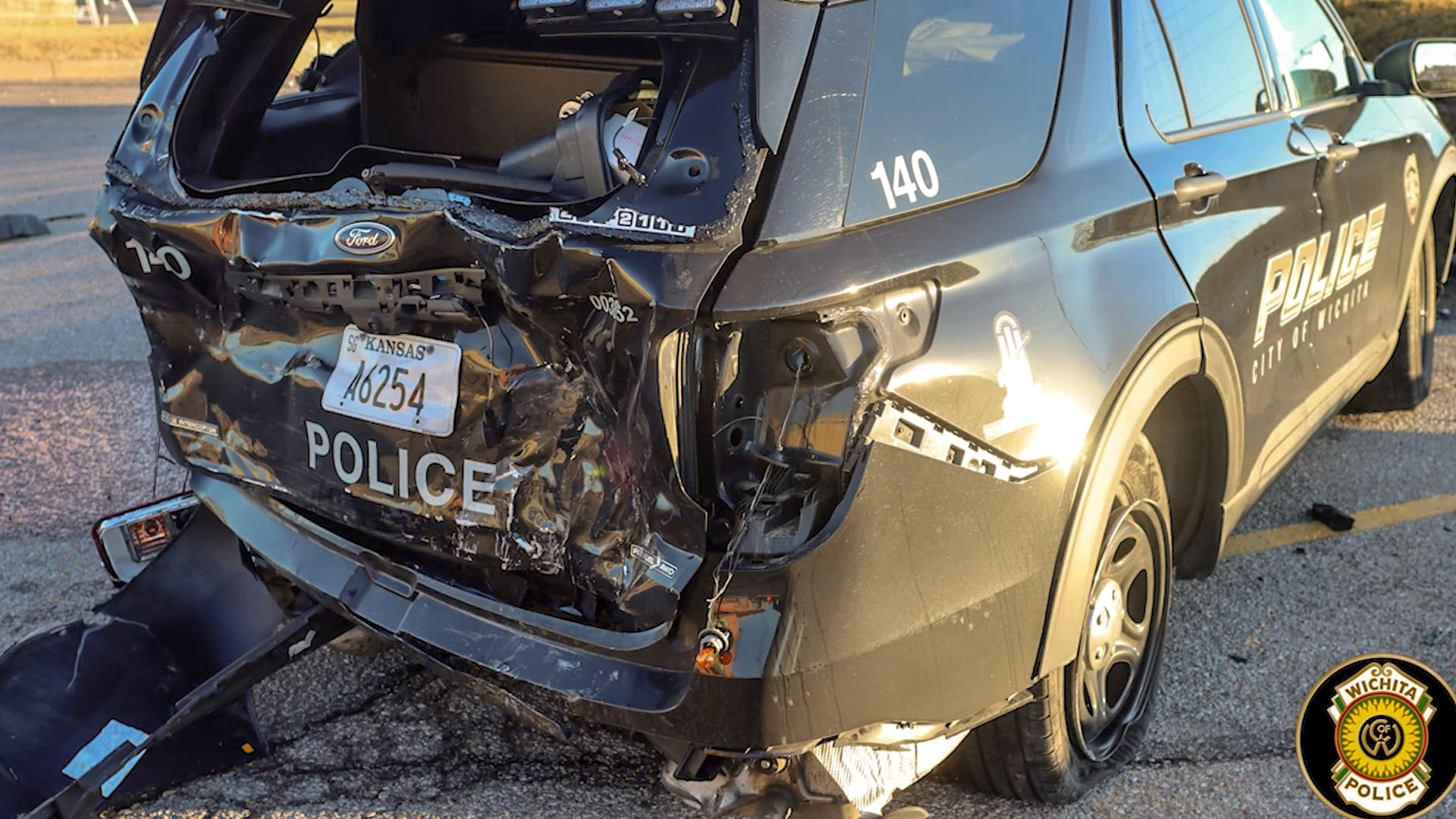 KANSAS, USA – The intentional accident of two cop cars took place at around 3.30 am on Feb 2 2021 in the city of Wichita in Sedgwick County in the US.

According to the reports, the group of suspects were checking the door handles of parked cars along the sideways and were seen entering unlocked vehicles.

Officers from the Wichita Police Department were dispatched to the location after receiving a call reporting several suspects in a red Dodge Durango and a white Chevy Silverado.

Wichita is a city in south-central Kansas state.

After reaching the scene of the incident, officers spotted the stolen Dodge Durango and attempted to stop it, but the suspect sped away, pushing the officers to chase the vehicle.

In the pursuit to run away one of the car thieves, later determined to be a 16-year-old teenager, intentionally struck two patrol vehicles with his stolen Chevy Silverado along with several utility poles along with the sideways.

According to Officer Davidson of the Wichita Police Department, “the 16-year-old attempted to flee on foot, but we were quickly able to arrest him for two counts of aggravated battery of a law enforcement officer.”

Two officers suffered minor injuries during the incident, and one of them was taken to the hospital for treatment. The patrol cars of the police department were also significantly damaged because of the incident.

The Wichita Police Department posted a video showing the incident on their Facebook page. The incident is seen through a body camera attached to the officers who were driving the police vehicle.

The police said the Silverado was stolen a few hours earlier at a convenience store where the owner left it running unoccupied.

According to the Facebook post, “During the brief pursuit, the 16-year-old intentionally rammed the two patrol vehicles in a stolen Chevrolet Silverado, allowing the suspect vehicle to escape. Two officers received minor injuries.”

The Dodge Durango was also found by officers soon afterward. In the stolen Durango were two other teenagers, aged 15 and 16, who were later found out to have been involved in an aggravated assault the previous day, both of them were arrested.

The investigation remains ongoing. The WPD mentioned in their Facebook post about the incident that the department is looking for ways to partner with local community organizations, religious organizations, and schools to curb the upward trend of violence involving juveniles. “It takes a collaborative effort to address these issues to help make our community safer and put children on a better path,” WPD wrote.