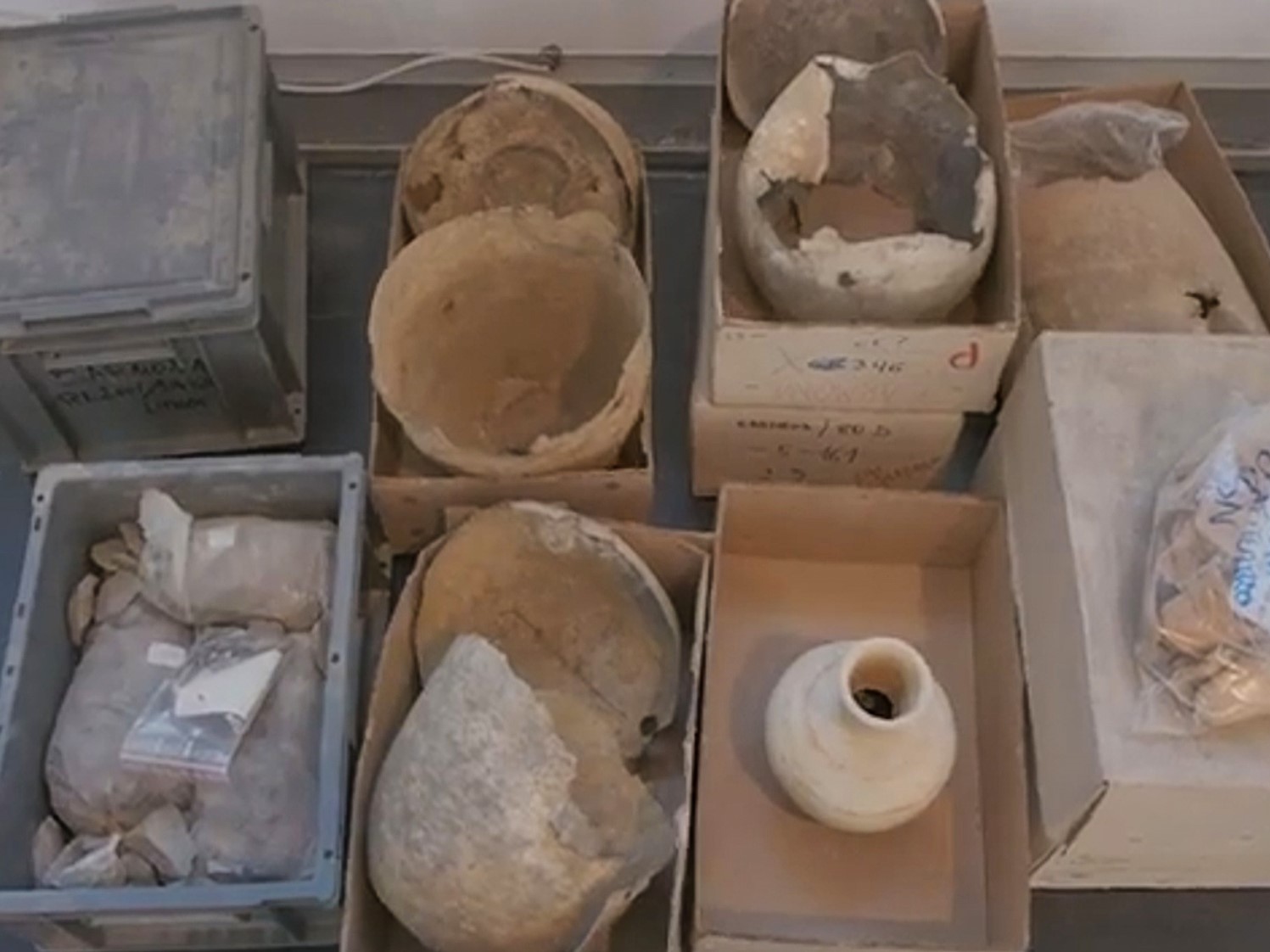 SEVILLE, Spain — A Roman fan made of ivory that belonged to a woman from the third century AD has been found in southern Spain and is believed to be the biggest ever.

The student, who was doing his internship at the University of Seville, discovered the fan during a dig that started in 2005 at the archeological site of Italica located on Extremadura de Santiponce Avenue in the city of Seville, Andalusia.

Marisol Gil de los Reyes, 62, director of the Archaeological Museum of Seville, informed that the fan arrived at the Museum in 2008 after a dig that started in 2005.

“It arrived at the Museum along with different objects from the excavation and the items were left there. It is a piece that grabs one’s attention because the two elements were symmetrical, one of them is fractured but both are still in a good state,” Reyes said.

In 2018, the packaging and registering process of the items started and the student spotted something that grabbed their attention and showed it to the curator who started the investigation along with different experts of ivory works.

After the investigation, it was revealed that the two pieces belonged to the same item and was later confirmed to be a fan.

She added: “There is gold leaf stuck in the items and the fabric used for fanning has disappeared, so it is believed that it was organic and disappeared over time. It was probably papyrus.”

The museum director also highlighted that the size of the fan is unique as it is bigger than what has been found anywhere else in the world.

“Its size is over 30 centimeters (11.8 inches), and other items like this are commonly between 20 and 30 centimeters (7.87 and 11.8 inches). The funeral ritual involving the fan is very interesting, as it was located above a lead coffin, like a last gesture for the deceased,” Reyes said.

Other parts of the artifacts and confirmation of usage of gold threads substantiated that the remains belonged to someone of significant social relevance as “the shroud was quite luxurious”.

Reyes also said that back then, burial was not the most common ceremony so “it made us suspect that she was from the social elite”.

The fan’s origin is still unknown as it is believed that it was brought from abroad, which would confirm that the item belonged to a person of means.

Gil de los Reyes explained that fans were commonly used by individuals in those days but not by slaves and that the main purpose was to fan oneself, dismissing the notion that it was used for flirting, a trend that emerged much later.

The fan has been cleaned and taken to one of the museum’s storehouses where experts plan to investigate it further.