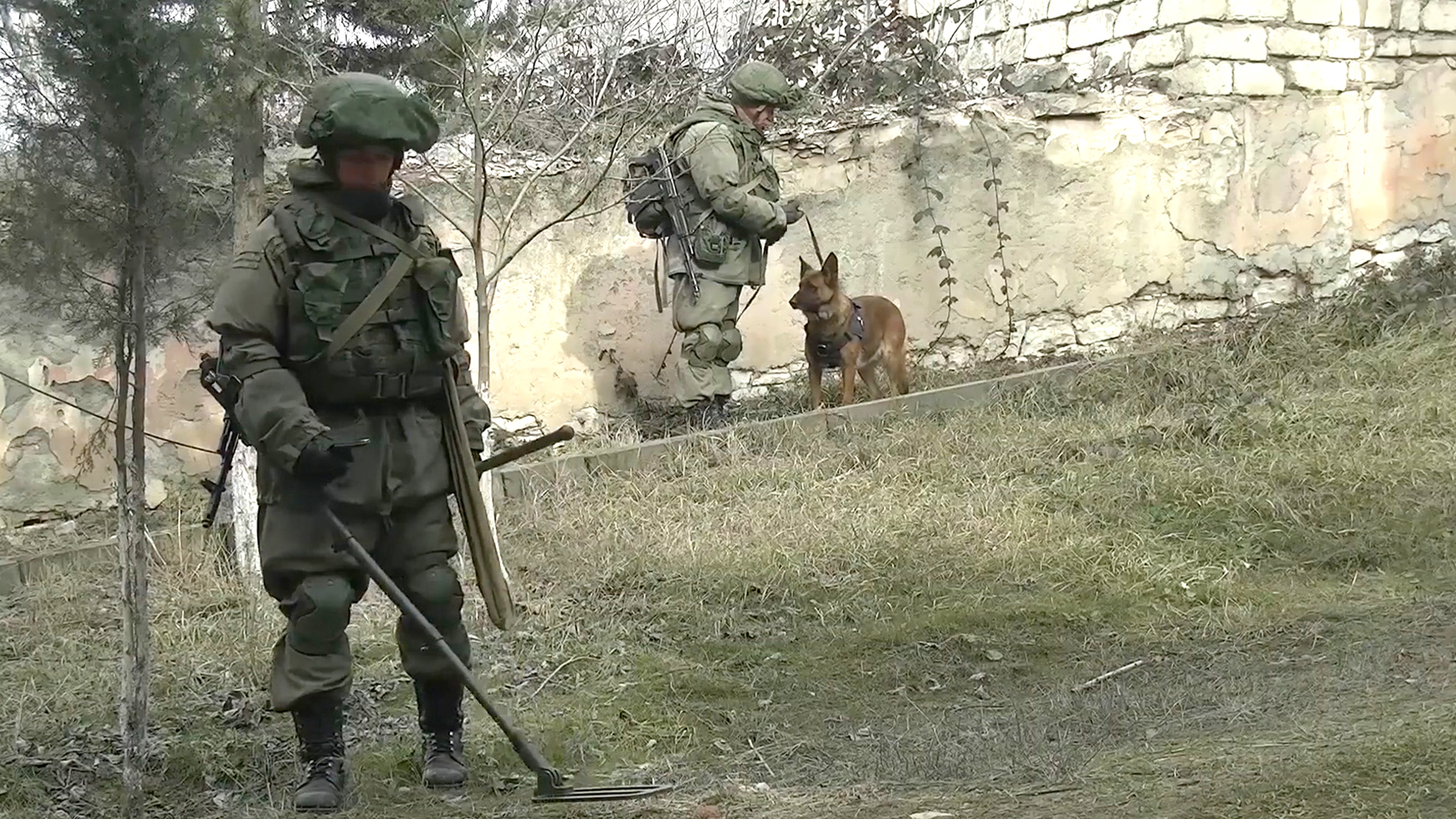 NAGORNO KARABAKH, Azerbaijan – Russian soldiers have neutralized around 24,000 mines and explosives as part of a peacekeeping mission between Azerbaijan and Armenia following recent clashes.

Video filmed in the disputed region of Nagorno-Karabakh was shared by the Russian Defence Ministry on Feb. 2.

In the video tweeted by the Defence Ministry, the Russian International Mine Action Centre can be seen deactivating the mines from the Azerbaijan border.

“The 44-day war caused a stampede of Karabakh Armenian refugees into Armenia,” states an article published by the Jamestown Foundation.

“Their overwhelming majority came from Karabakh’s territory that remained under Armenian control throughout the war, whereas the territory that Azerbaijan succeeded in regaining had held a small share of pre-war ‘Nagorno’ Karabakh’s population. Following the November 10 ceasefire, the government in Yerevan and Russia’s ‘peacekeeping’ force have worked together to repatriate those refugees to Karabakh,” the report states.

According to Ministry of Defence website, “Discovered explosive objects and unexploded ammunition are removed and destroyed at a specially equipped landfill.  Ammunition that cannot be evacuated is destroyed on the spot with all necessary safety measures provided during blasting operations.”

Specialists from the International Mine Action Centre have been involved in removing the mines in the territory for a while, using a Uran-6 mine-clearing robot as well as service dogs.

During the operation, engineers cleared about 859.3 hectares (2,123 acres) of land from unexploded ordnance, bombs and other explosive remnants of war. They worked on roads over 246 km (153 miles) and 962 housing structures, including 27 socially significant objects.

At the end of the operation, soldiers had discovered and neutralized about 24,000 explosive objects.

The pact provides for the exchange of prisoners, the transfer of a number of regions from Armenia to Azerbaijan, the return of refugees to Karabakh, and the introduction of Russian peacekeepers in the region to monitor the terms of the ceasefire.