This is their first Soyuz-2.1b launch in 2021, with the last one coming in December last year.
By Michael Leidig February 8, 2021
Facebook
Twitter
Linkedin
Email 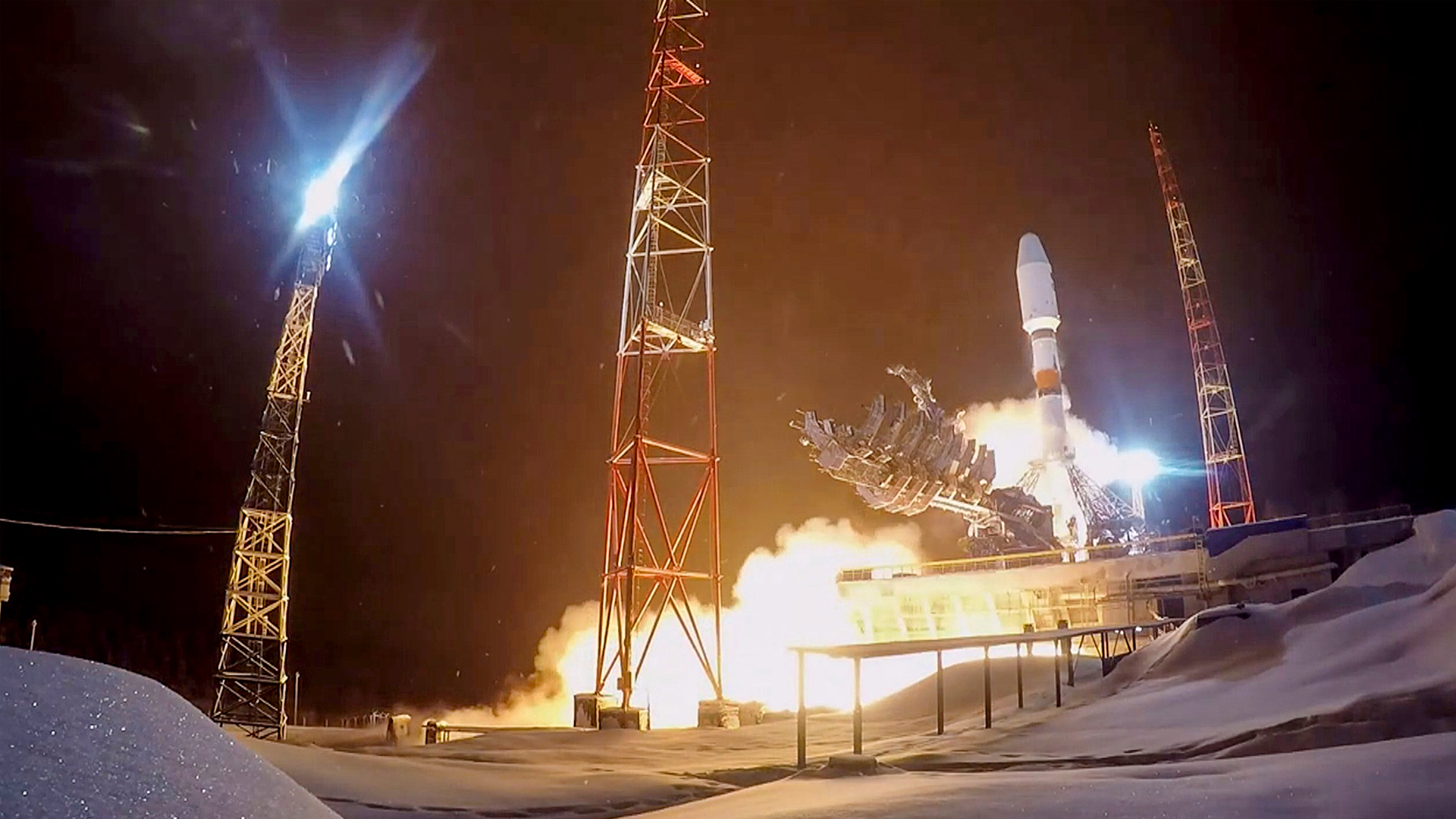 Soyuz-2.1B with a spacecraft preparing to launch in space from Plesetsk cosmodrome. (Russian Defense Ministry/Newsflash)

SAKHNA, Russia — The Russian Aerospace Forces – the aerospace forces of the Armed Forces of the Russian Federation successfully launched the Soyuz-2.1B from Site 43 of the Russian spaceport of Plesetsk Cosmodrome in the federal state of Sakha on Feb. 2.

For the first time this year, the Russian Aerospace Forces launched a space rocket from a snow-covered cosmodrome.

The Plesetsk Cosmodrome is a 64-year-old Russian spaceport located in Mirny, 800 km north of Moscow, and was inaugurated in 1957.

The Soyuz-2 is a modernized version of the Soyuz rocket developed by Russia. It is a three-stage launch vehicle for placing payloads into low Earth orbit. The 2.1b version adds an upgraded engine (RD-0124) which greatly increases the specific impulse of the upper stage.

The rocket after its launch was controlled by a group of scientists who were monitoring the launch from the ground.

The launch was the deployment of Lotos-S1 No.805, the fifth satellite in the Russian military’s Liana program. Liana consists of two families of satellites — Lotos and Pion — however, all the satellites launched to date have been part of the Lotos series.

The launch was shot from various angles during its takeoff as the rocket can be seen smoothly coming off the launchpad and leaving a stream of fire behind it after it took off.

About 16 seconds before lift-off on Tuesday, Soyuz ignited its first and second stage engines. After the engines had been throttled to full bore, the swing arms of the launch pad at Plesetsk’s Site 43 opened up and Soyuz began its climb to orbit. The first stage boosters burned for the first 118 seconds of flight before separating simultaneously in a pattern known as the “Korolev Cross”, named in tribute to the Soyuz rocket’s chief designer.

“Everything went as planned and it marked the first launch of the rocket Russia has done from the Plesetsk Cosmodrome this year.” said an official statement issued by the Armed Forces of the Russian Federation.

This is the second time the model has successfully taken off there with the first one happening on Dec. 3, 2020.

After that expedition, officers of the space control center of the Space Forces of the VKS entered information about ‘space vehicles launched into orbit’ into the Main catalog of space objects of the Russian space control system. After that, they began analyzing and processing information about new space objects for acceptance by ground-based means of the main space situation intelligence center of the VKS.

VKS or Vozdushno-Kosmicheskiye Sily is the actual name of the Russian Aerospace Forces in Russian.