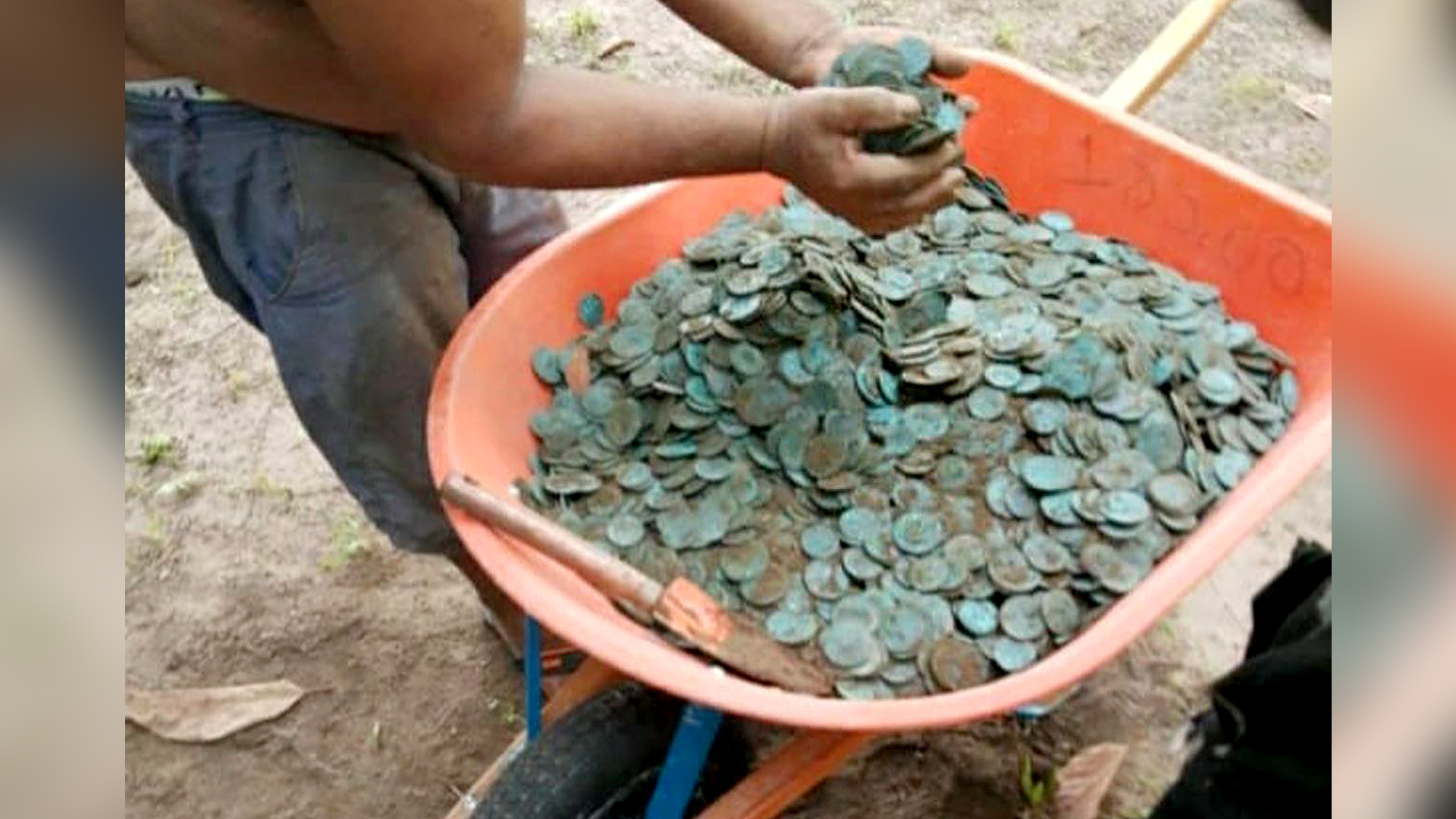 The coins from 1819 found in Brazil. (@prefeituracolares/Newsflash)

COLARES, Brazil – A 77-year-old woman, who discovered a treasure trove of 200-year-old coins in her back garden, has had to move out of town over safety fears.

Hundreds of gold and bronze coins dating from Brazil’s colonial and imperial periods were found in the back garden of the unnamed old-age pensioners in the Brazilian municipality of Colares last month.

The stash was named “treasure” by the Colares municipal council, and they sealed off the area in the hope that Brazil’s National Institute of Historic and Artistic Heritage would find more pieces, along with reducing the probability to deter treasure hunters from looting the site.

The sale of the archeological pieces is prohibited, but they could potentially fetch a fortune if auctioned illegally.

“Does it have a market value? It does, but people think it could be worth millions of Brazilian reals,” said her son Hernani Junior.

After news of the treasure spread, the 77-year-old was forced to move to another municipality after her property started becoming a target of fortune hunters.

“What could have been something cool ended up becoming a risk,” said Hernani, a 50-year-old civil servant.

The old-age pensioners and her 85-year-old sister, who she cares for, vacated the property and moved to the nearby city of Belem.

The last straw for the elderly woman was when a suspect trespassed into her sealed-off garden in search of loot and, after she spotted him, ended up breaking into her house and injuring her.

“The individual attacked her and left her with bruises on her face and head. After the neighbors came to the rescue of my mother, the man fled but took some of her belongings along with her mobile phone. On the same day, I took my mum and aunt to Belem to guarantee their safety,” Hernani said.

It is believed that the site of the discovery may have been an important port during Brazil’s colonial and subsequent imperial period, which ended in 1889.

The police are looking into reports that coins from the site are being sold illegally online and the investigation is underway on the matter.