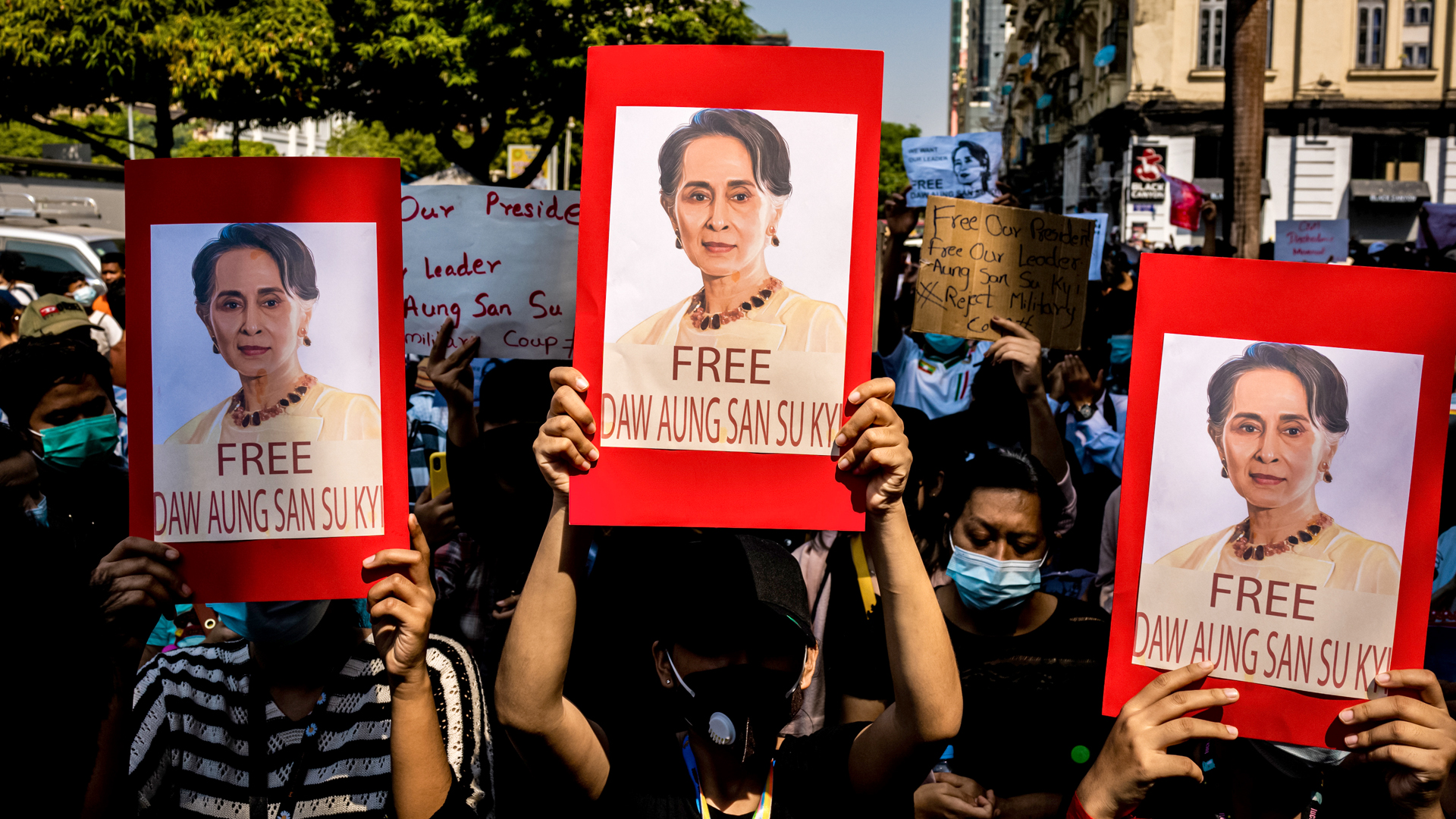 Tens and thousands of people marched through Yangon, the largest city in Myanmar, and converged on Hledan township on Feb. 7 to protest the military rule and demanded the release of the country’s elected leader Aung San Suu Kyi.

Suu Kyi, a Nobel peace laureate, along with President Win Myint and dozens of other leaders in their National League for Democracy were detained in pre-dawn raids on Feb. 1.

On Feb. 7, the new military government (junta) also restored internet access, which was blocked a day earlier. There was, however, no official comment from the junta in the capital Naypyitaw, more than 350 km (220 miles) north of Yangon. 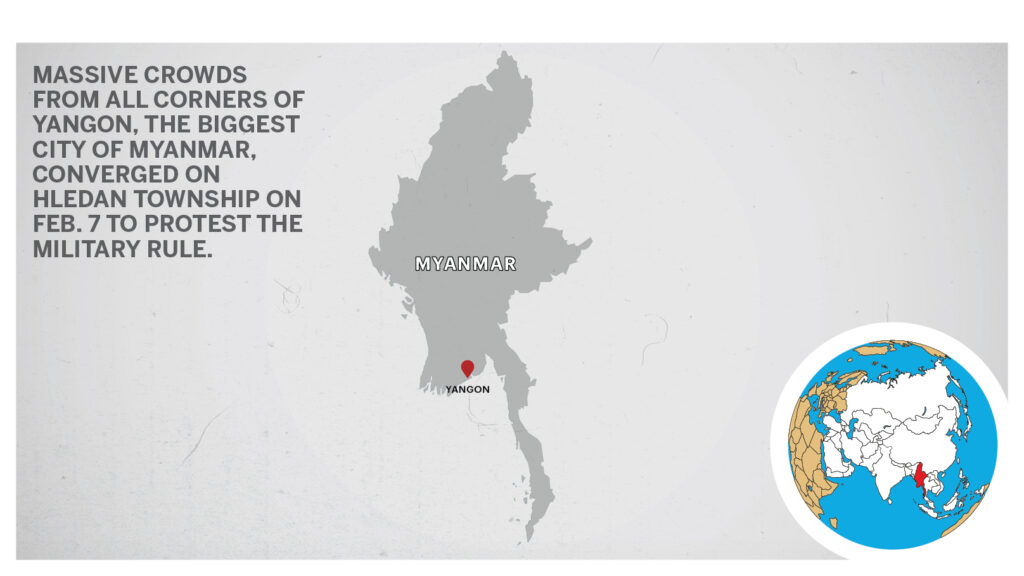 “A week after the onset of internet disruptions in Myanmar amid a military coup and detention of civilian leaders, connectivity has returned to 95 percent of ordinary levels,” NetBlocks, which tracks internet outages around the world, tweeted on Feb. 8. “However, social media remain restricted for many and the situation remains tense.”

Mobile operators, international gateways, and internet service providers had received directives from the Myanmar Ministry of Transport and Communications on Feb. 3 to block Facebook.

“Telenor Myanmar has decided to comply with the directive, while expressing grave concerns regarding breach of human rights,” Telenor Myanmar, which is part of the Norwegian Telenor Group, said in a Feb. 3 statement. “Customers in Myanmar trying to access the affected service will be directed to a landing page stating that the site cannot be reached due to Myanmar authority instruction.”

Opposition to the junta has emerged very strongly on Facebook, which is Myanmar’s main internet platform and underpins communications for business and government.

Suu Kyi’s National League for Democracy won November’s election with a landslide margin but the military, headed by Army chief General Min Aung Hlaing, claimed the vote was marred by fraud. The electoral commission, however, said the vote was fair.

Min Aung Hlaing has declared a state of emergency for one year. The development saw staff at government hospitals stopping work.

The protest is getting worse with the junta’s treatment of Suu Kyi.

“I am deeply concerned that the military coup in Myanmar could further exacerbate the issues of the foremost vulnerable, including Rohingya Muslims. I condemn the coup once again and call for unrestricted humanitarian access to #Rakhine State and other parts of the country,” United Nations President Volkan tweeted on Feb. 2.

“The international community should come together in one voice to press the Burmese military to immediately relinquish the power they have seized, release the activists and officials they have detained, lift all telecommunications restrictions, and refrain from violence against civilians,” United States President Joe Biden said on Feb. 1.

For nearly 50 years, Myanmar was ruled by a military junta. It did not tolerate any criticism, and severely punished anyone who dared to oppose. It also cut the country off from the rest of the world, preventing it from being informed about the internal situation, according to a paper from The Age of Human Rights Journal.