Are You Cold? Try Atole 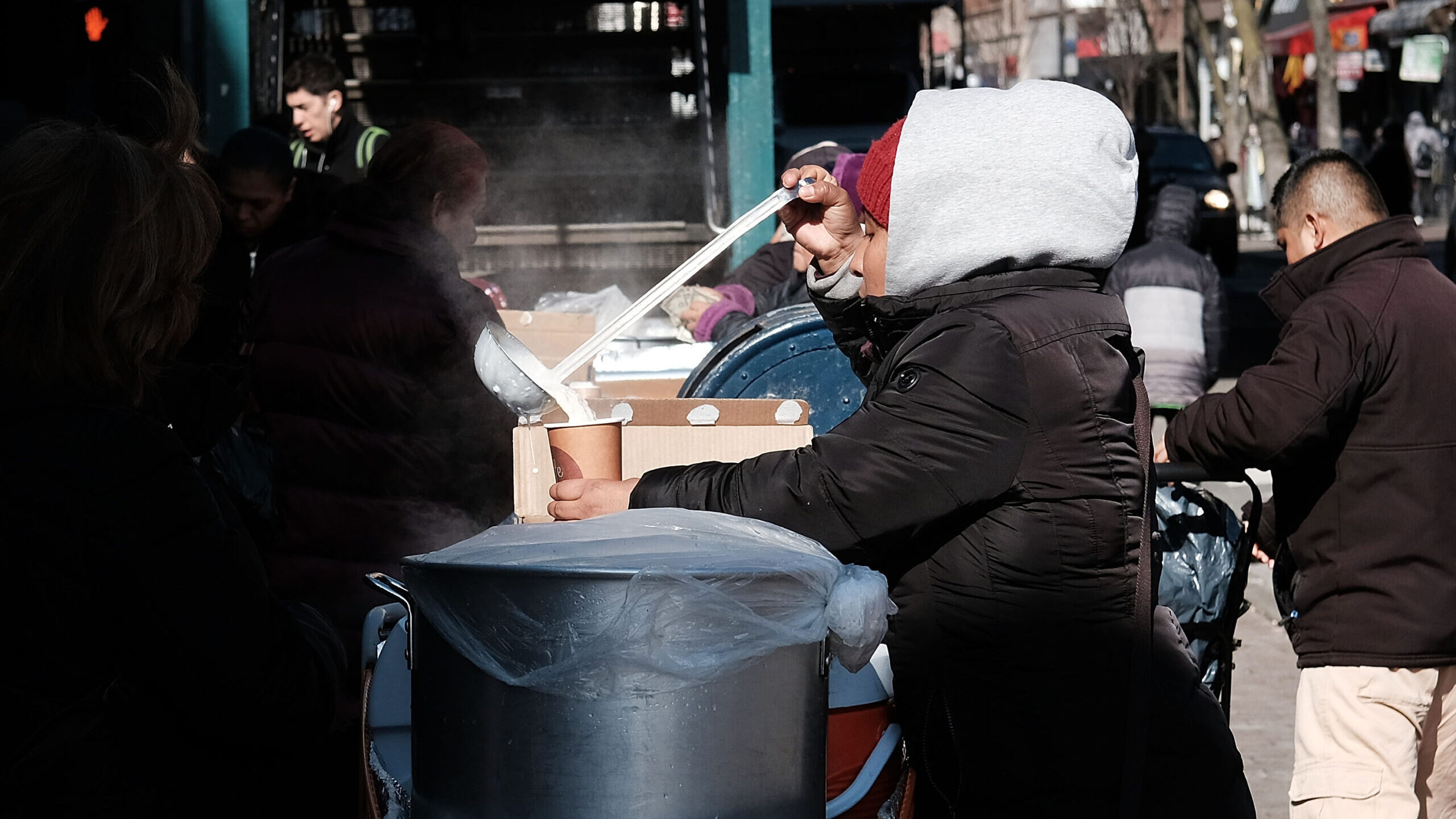 The best way to begin a cold morning in Mexico is by drinking a cup of atole.

Mexicans have drunk atole since pre-Hispanic times. Back then, the elites preferred chocolate-based drinks, while lower social classes drank atole, a hearty beverage based on corn.

The word atole is the Hispanization of the Nahuatl term “atolli.” Nahuatl was the Aztecs’ tongue, and “atl” is their word for water, which suggests the term atole may have meant watered-down. Mexicans’ ancestors perhaps thought they were eating atole and not drinking it.

Atole was one of the most widespread beverages in Mesoamerica, extending from Central Mexico through northern Costa Rica. People also drank it in the northern areas of South America.

To make atole, pre-Hispanic Mexicans mixed ground sweet corn with water and cooked it gently. The result was a thick beverage that they flavored with cocoa and chili peppers. They enjoyed it hot and considered it an energy food.

Ancient Mexicans developed nixtamalization, a technique consisting of soaking corn in limewater. Nixtamalization softens the kernels, making them easier to grind, and improves corn’s taste and aroma. It allows for the creation of corn dough, which is the basis of atole.

With the influence of Spanish goods, atole’s recipe changed during colonial times. Cooks added milk instead of water and seasoned it with aromatic spices, such as vanilla, anise, orange leaves, cinnamon or orange blossom, as well as juice, sweet fruit pulp or chocolate. The beverage also became thinner during this period.

Cooks don’t use corn dough in their atole anymore, but rather cornflour or some pre-made formula based on corn, rice or wheat semolina. They add a wide variety of flavors ranging from cheese to strawberry, walnut, vanilla, blackberry, mango, coconut or plum.

In the old times, cooks sweetened atole with piloncillo (unrefined cane sugar), but now they use sugar or honey.

Atole street vendors are traditional in all Mexican states, but in those with cold temperatures, one can find more, especially in the mornings.

“Atole is a drink that will not go out of style, just as tortillas will not go out of style in our country. When we were little, we all drank the atole that our grandmothers gave us, and we have bequeathed it to our children,” said Marco Antonio Huesca, a man from Veracruz. “We drink it all year round, but mainly in the cold season, just like now.”

Mexicans usually enjoy it with a “bolillo” (roll) or sweet bread, such as the so-called “conchas.” If they want to enjoy a complete breakfast, they will have tamales with it. When they buy it on the street on their way to work, Mexicans usually go for the traditional guajolota, a tamale sandwich on a roll, which they enjoy alongside atole in a disposable container.

Atole differs within the Mexican geography.

“In Veracruz, we sometimes get confused with Mexico City’s atole,” said Socorro Pérez, a native of the state. “Here we usually drink, at least in my family, a similar drink called ‘champurrado,’ which is the same thing except that we make it with corn dough, which gives it a thick and lumpy consistency.”

In the central states of Michoacán, Veracruz, Oaxaca and Puebla, people enjoy “chileatole,” a salty stew based on chili, epazote and corn kernels. They add chicken or meat and serve it with white rice and handmade tortillas.

Atole is so important in Mexican culture that well-known old sayings refer to this humble beverage. One says that people are “giving atole with their finger” when they are cheating, feeding somebody with a hearty drink instead of a meal.

Venezuelans, Colombians and Costa Ricans prepare atole, too. They make it with oats and season it with cinnamon or vanilla extract.