105 Fraudsters Who Scammed $14 Million Get Arrested In Police Sting 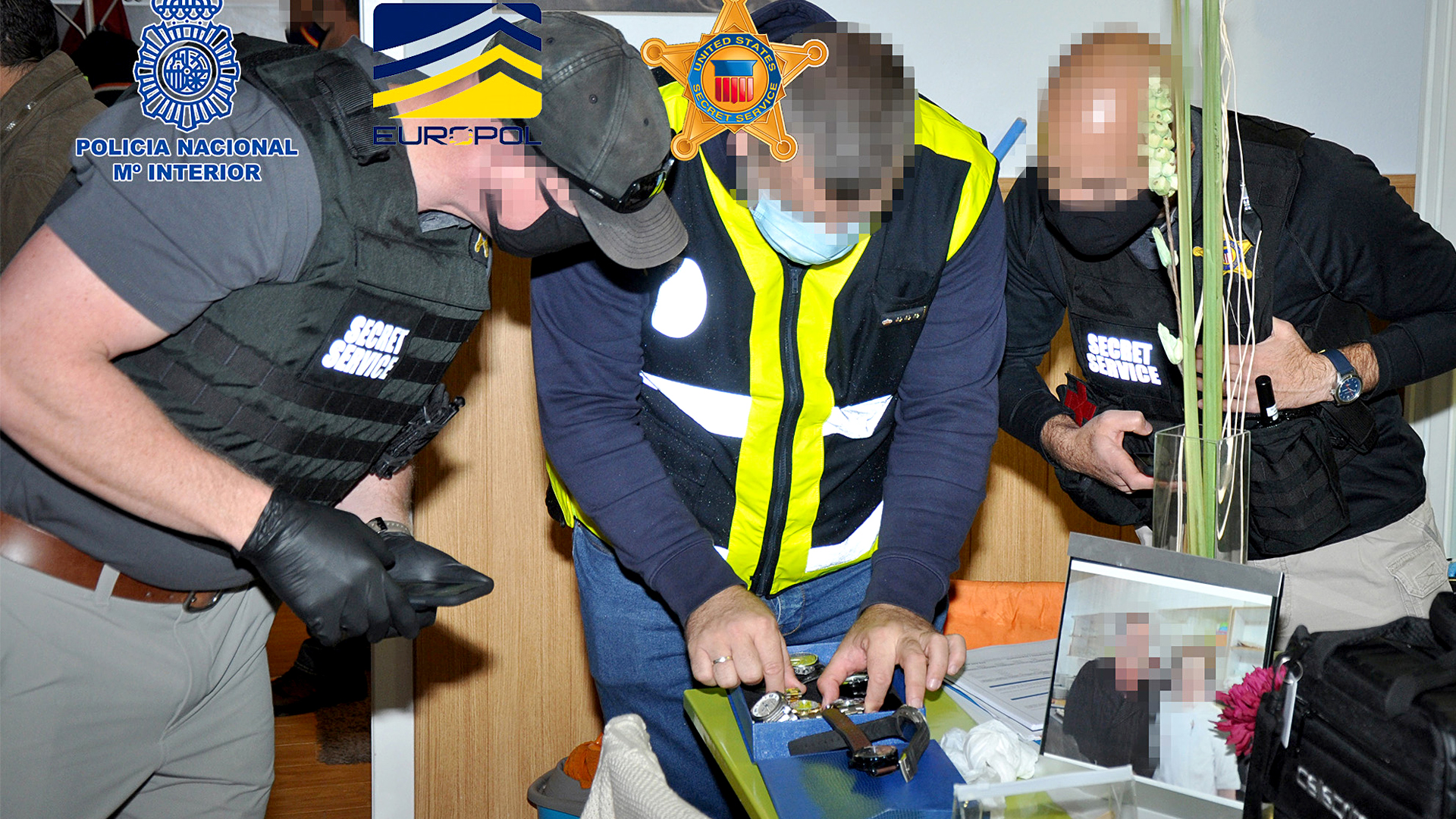 Police officers during the operation that ended up with the gang dismantled. (Newsflash)

CARECES, Spain – In a massive anti-fraud operation, 105 people have been arrested who used pre-authorized cards issued in the names of fake companies in the United States.

They have been accused of scamming nearly GBP 11 million ($14.9 million) using the pre-authorized cards.

The accused belong to a criminal organization, which leased a hotel business. They established themselves in the town of Miajadas in the province of Caceres in the south-western Spanish community of Extremadura.

The racket reportedly used the hotel for its leading members as a refuge. They kept the cafeteria open to the public to go undetected.

“The police worked together with the United States Secret Service to dismantle the ring, which they believe has scammed over EUR 12 million ($14.3 millon),” stated an official press release.

The large-scale operation involved 88 simultaneous searches, during which 105 people were detained in Spain, Austria, the United Kingdom, and Greece, while another 14 individuals are facing charges of being part of a criminal organization, fraud, money laundering, falsification of documents, and illegal possession of weapons.

The group of scammers created shell companies in the United States and, after endowing them with false economic solvency, requested debit cards with the maximum overdraft amount available under the pretext of using them on trips to Europe.

Once in Spain, large amounts of money were racked up on the cards through the pre-authorization system.

“The syndicate leaders, of Albanian origin, set up accomplice businesses using false Greek documents,” said the Spanish National Police. “This allowed them to use the American cards on their card machines, in exchange for a commission of 15 percent on transactions.”

“Once the money arrived in the accomplice business’ account, they reimbursed the remaining 85 percent by bank transfer to one of the many accounts managed by the criminal organization, in Spain and in other countries in Europe,” they said.

To justify the transactions, they made false invoices in the name of the American merchants that appeared on the card.

“The arrests announced today sow the importance of collaboration between good partners. On behalf of the United States Secret Service,” said Conrad Tribble, the Charge d’Affaires, at US Embassy, Madrid, during a press conference. “I would like to thank our international partners, in particular the Spanish National Police, for their great dedication and professionalism in this case.”

The investigation also involved the participation of Europol, as well as police forces in Greece, Austria, Denmark, Germany, Poland, Ukraine, and the United Kingdom.

Categorizing card frauds, the European Central Bank’s report on card fraud states two types of card fraud: a) fraudulent transactions using physical cards (card-present fraud). It involves cash withdrawals with counterfeit or stolen cards. B) fraudulent transactions are done remotely (card-not-present fraud). This is carried out by using card details obtained by criminals through phishing. Then online payments are made.