VIDEO: No Of-Fence Deer But Please Get a Move On 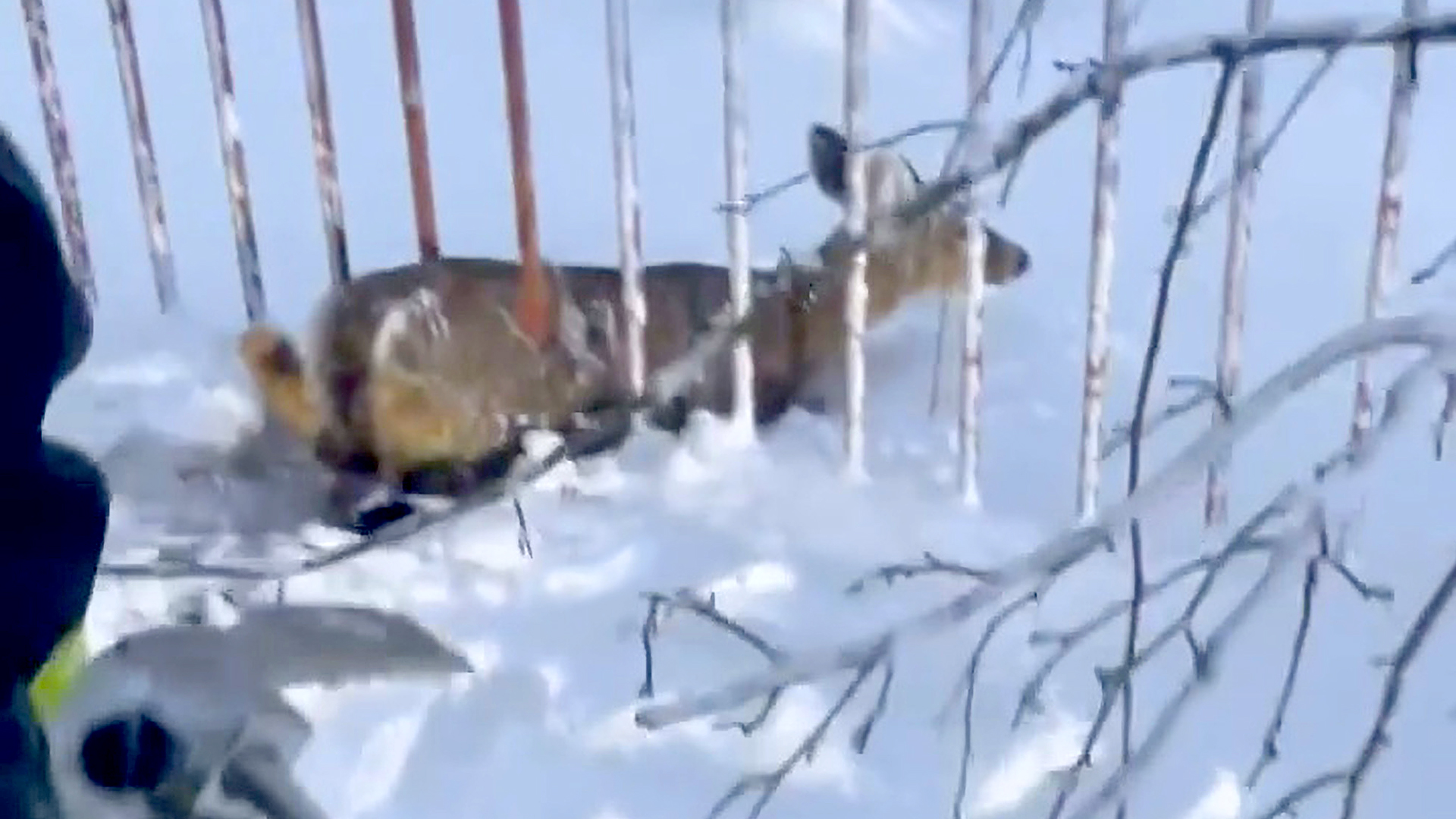 Firefighters trying to get the deer out of the fence. (Hamilton Township Professional Firefighters/Newsflash)

NEW JERSEY, USA – Firefighters in New Jersey rescued a deer that was stuck in heavy snow by the side of the road. A video has surfaced which shows the scared deer was stuck between the bars of a metal fence.

According to the reports the rescue took place in Hamilton Township in Mercer County, in the US state of New Jersey on 1st February.

New Jersey has a white-tailed deer (Odocoileus virginianus) variety of deer. According to the environmental trends report by the New Jersey Division of Science and Research.

There are over 125,000 white-tailed deer in New Jersey, compared to one hundred years ago when there was practically no deer at all. In 2018 the deer population in New Jersey crossed 1,50,000.

The growing population of deer in New Jersey has negative impacts on the human population including vehicle collisions, depredation of agricultural and ornamental plantings, and the potential for harboring parasites that can transmit diseases to man or domestic animals.

The size of the deer herd is managed through regulated hunting.

“Deer populations have reached problematic numbers in numerous areas of the state. In an effort to help reduce these populations, the NJDEP Division of Fish and Wildlife (Division) has lengthened hunting seasons, increased limits on the number of deer that can be harvested (bag limit), increased the number of hunting permits issued, and offered incentives for hunters to harvest more does and fawns” the report states.

The video shared by the Hamilton Township Professional Firefighterson Monday shows one of the firefighters using the ‘jaws of life’, a heavy-duty tool used for modifying any type of metal, to separate the two bars of the metal fence and free the deer. The deer appears visibly scared and was stuck in deep snow.

The Firefighter club also shared a video on their official Facebook page, “Oh deer! Squad 12 and Engine 14 assisted HPD with getting this deer out of the fence. The deer ran off and was not injured” the post reads.

The locals of Mercer County thanked the hard-working men for recusing the deer on the Facebook post.

As the firefighter created a wider space between the bars, the troubled deer seemed to have gotten a bit too comfortable in the snow and only ran away after the second firefighter urged him to move on by throwing a bit of snow his way.

According to an article by New Jersey Deer Control, “there are no natural predators to deer in New Jersey in high enough numbers to affect the white-tailed deer population. Humans, motorists, and domestic dogs remain the only real predators”

The fire department confirmed that the deer was uninjured.

«Previous Post
Eimei, Giant Panda Becomes the World’s Oldest Dad at the age of 28 »Next Post
Animal Lover Gets Bitten By Dogs To Increase Awareness