VIDEO: Lifeguards Save Dolphin from Beaching on Brazilian Coast 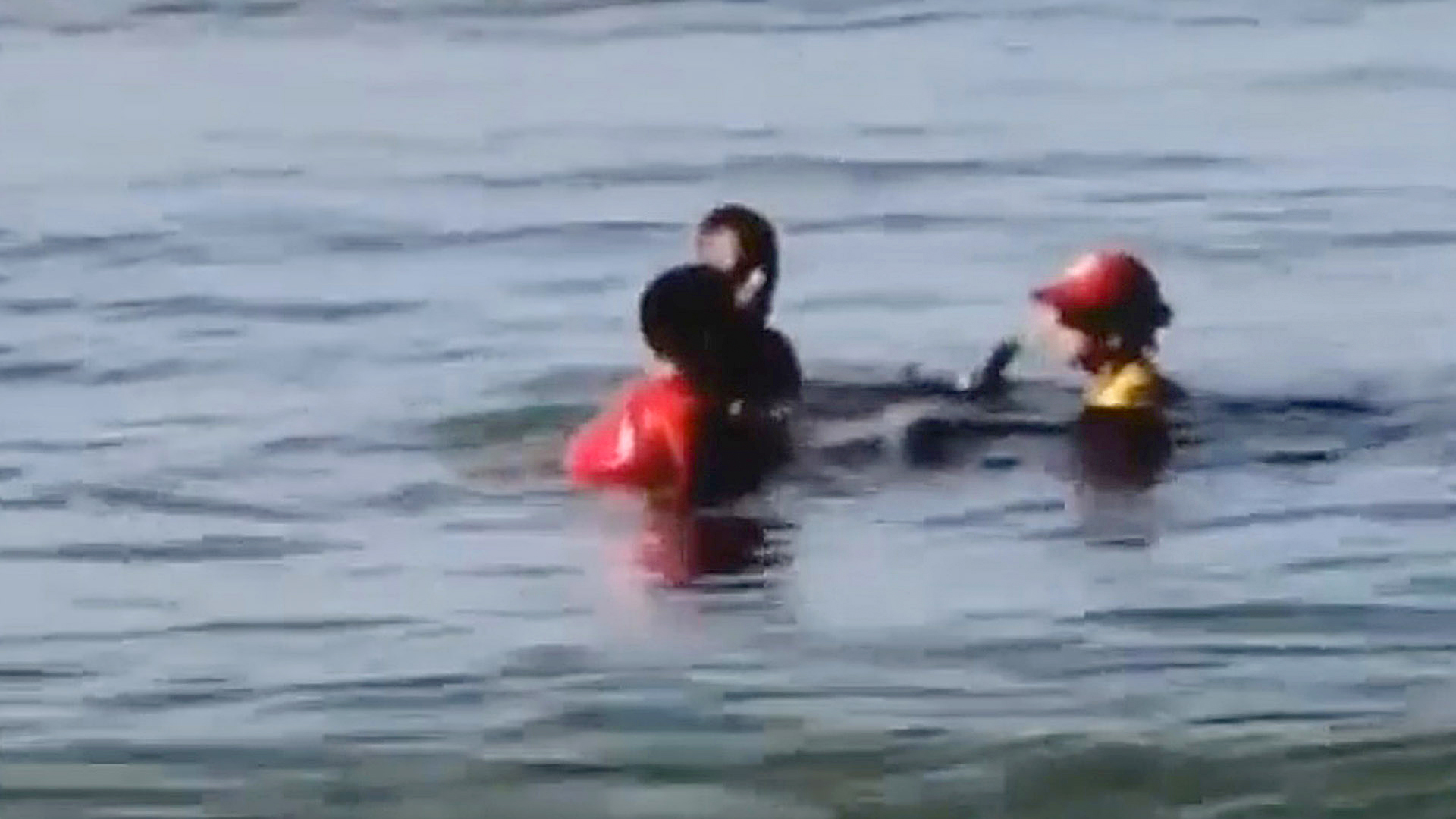 The lifeguards at Maresias beach rescued a bottle-nosed dolphin that appeared by the sea. (@corpodebombeirosdapmesp/Newsflash)

SAO PAULO, Brazil — Brazilian lifeguards saved a bottlenose dolphin in distress near the shores of Maresias beach in the municipality of Sao Sebastiao in the Brazilian state of Sao Paulo.

A video of the rescue operation that took place on January 31 was shared by the Fire Department of the city.

In the video shared by the fire department, three lifeguards are seen gently leading the dolphin towards the beach before strapping it on a hoist and placing it into a van. The lifeguards spotted the dolphin in distress swimming too close to the beach and rushed in to save the cetacean.

A cetacean is a species that is classified in the category of aquatic mammals.

The dolphin was then subsequently transported to the Argonauta Institute for Coastal and Marine Conservation for treatment. The organization is dedicated to the rehabilitation of marine species and working towards healthcare treatment for the species.

“Congratulations to the team for rescuing this dolphin. You can count on us!” praised the lifeguards for their quick response, The Fire Department.

However, it was not revealed what was wrong with the dolphin and the organization is keeping mum till further tests are being carried out.

Bottlenose dolphins are the most common members of the oceanic Delphinidae family which also includes killer whales, pilot whales, and their other relatives. These incredibly intelligent mammals inhabit warm and temperate waters and can be found all over the world except the Arctic and Antarctic Circle regions.

Brazil has often been in news for abuse of animal rights and received a D category in the World Animal Protection Index in a recent analysis done by the World Animal Protection Organization. Such rescue operations are a common thing in the Latin American nation with hundreds of dolphins, who have been in distress due to manmade activities or natural occurrences, being rescued every year.

As per a study by the World Economic Forum in 2019, the bottlenose dolphin population declined by almost 12% as compared to its numbers in the previous year due to the marine heatwave. Marine Heatwaves are the ones that occur in the water bodies for a long period of time resulting in damage to aquatic life.

The study also states that heatwaves are 41 times more likely by the year 2100 owing to the rising temperatures and the subsequent global warming. Another study reveals that there are 44 species of dolphins identified by scientists across the globe till 2020, with the bottlenose dolphins, taking a large population share in the world’s oceans from tropical to temperate waters and near-shore to offshore areas.