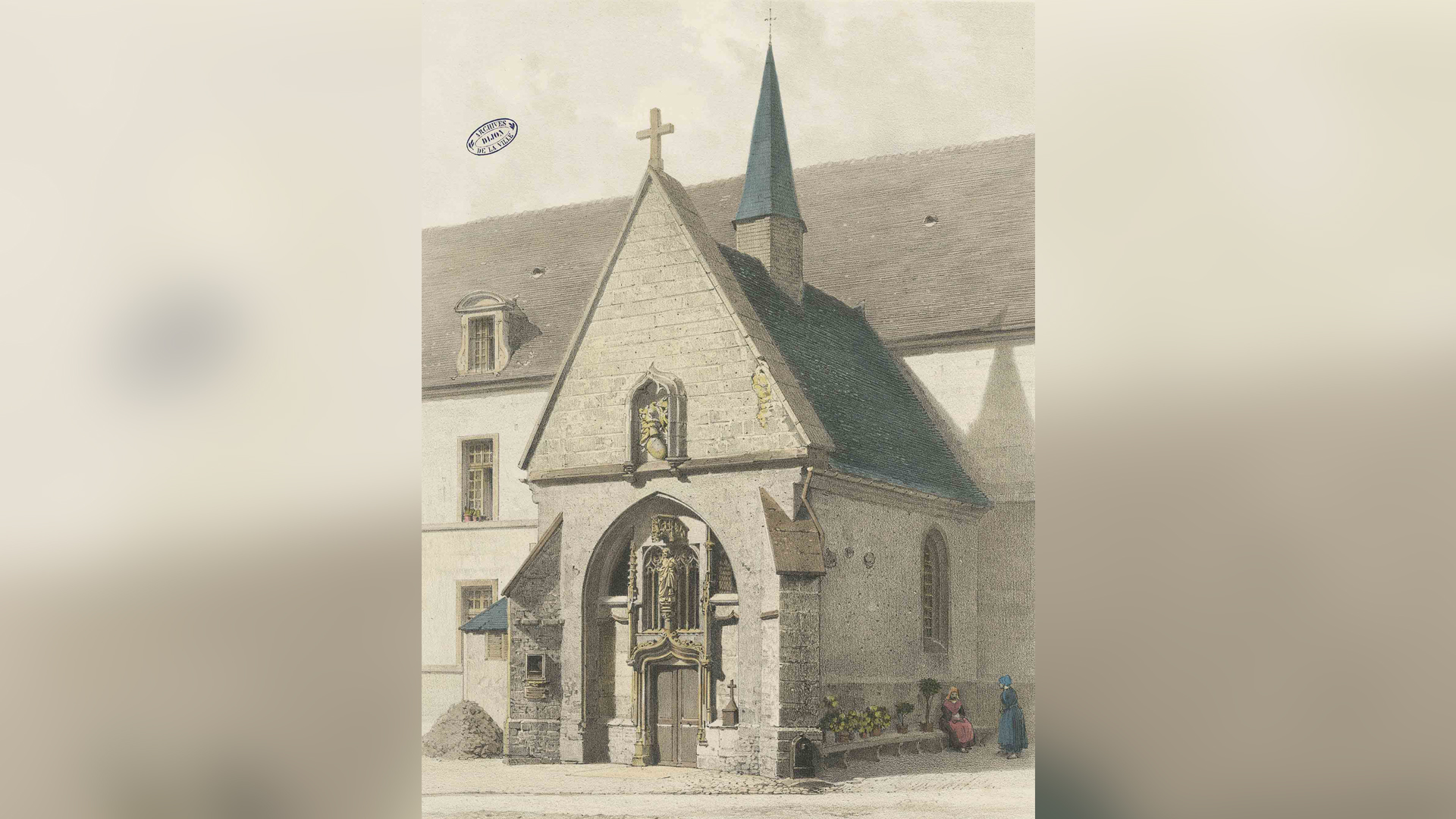 DIJON, France — A secret message hidden in the walls of a church by a veteran soldier from the Crimean War, fighting the Russians side-by-side with the British, was discovered by a restoration worker.

The chapel, Sainte-Croix-de-Jerusalem, situated in the town of Dijon in France is a 15th-century place of worship.

The message, uncovered after 165 years, was written by Nicolas Godard, a stonemason and painter working in the city in the 1850s. A native of Moloy, a small village located to the north of Dijon, Godard mentioned in the message that he was first a sailor “fired from the steam frigate L’Orenoque after taking part in the Crimean War at the age of 18”.

Delighted on the discovery, the city council of Dijon said that this kind of discovery is very rare and the message is going to be preciously preserved because it is unique to see this kind of dialogue established between two stonemasons across the ages.

Abandoned in 2015, the chapel is currently being renovated as part of a project to make it a center for gastronomic food and wine. The restoration worker, Victorien Coille, found the message while doing repair work to put through electrical wires.

“In an old hole, I found a stone that was moving and behind it, I found this piece of paper folded in six,” Coille said.

The note read “In this chapel under repair has worked Mister Godard.”

“Whoever puts the brakes on the fury of the waves also knows how to stop wicked plots,” the note further read, which is also a quote from the play Athalie by French playwright Jean Racine.

The note then mentions the names of other people who had taken part in the chapel work.

A date also finds its mention, Aug 10, 1856, and the address of a local shop (“Boutique de Monsieur Lambert platrier cour du cheval blanc rue Saint Nicolas”) on the other side of the message.

“At the time that these words are written, the greatest misery exists in Dijon,” it further read.

The end message refers to the conflict from 1853 to 1856 pitted the Russian Empire against a coalition formed by the Ottoman Empire, France, the United Kingdom, and the Kingdom of Sardinia.

“In the ancient corporations, there was always a will to leave a trace, just as it was with the stonemasons of old who signed their work,” said Bassir Amiri, a counselor who works with the town archives.

The council also confirmed that between the years 1855 and 1858, there was significant work being done at the chapel in terms of masonry, carpentry, and plastering. They added that the entire message fits on a piece of paper no longer than 30 centimeters (18.1 inches).

Divulging some details on Godard, the council stated that “Nicolas Antoine Godard, son of Antoine Godard, shoemaker, and Marie Boyer, was born on 14th February 1838, in Moloy in Cote d’Or”, a department in the Bourgogne-Franche-Comte region of north-eastern France.”

“His testimony recalls his time on the three-mast vessel “L’Orenoque,” they said.

This mixed propulsion ship (sails and steam) was put to sea in 1843 and became one of the ships of the French fleet during the Crimean War, mobilized in particular during the siege of Sevastopol. It was taken out of the French army fleet in 1878 to be transformed into a whaler.

The town hall added that they will preserve the message in their archives, and they are also going to make it available online on their website for public viewing.

«Previous Post
VIDEO: Russian Tanks Show Their Blistering Firepower»Next Post
Couple fell from the cliff in front of their daughter