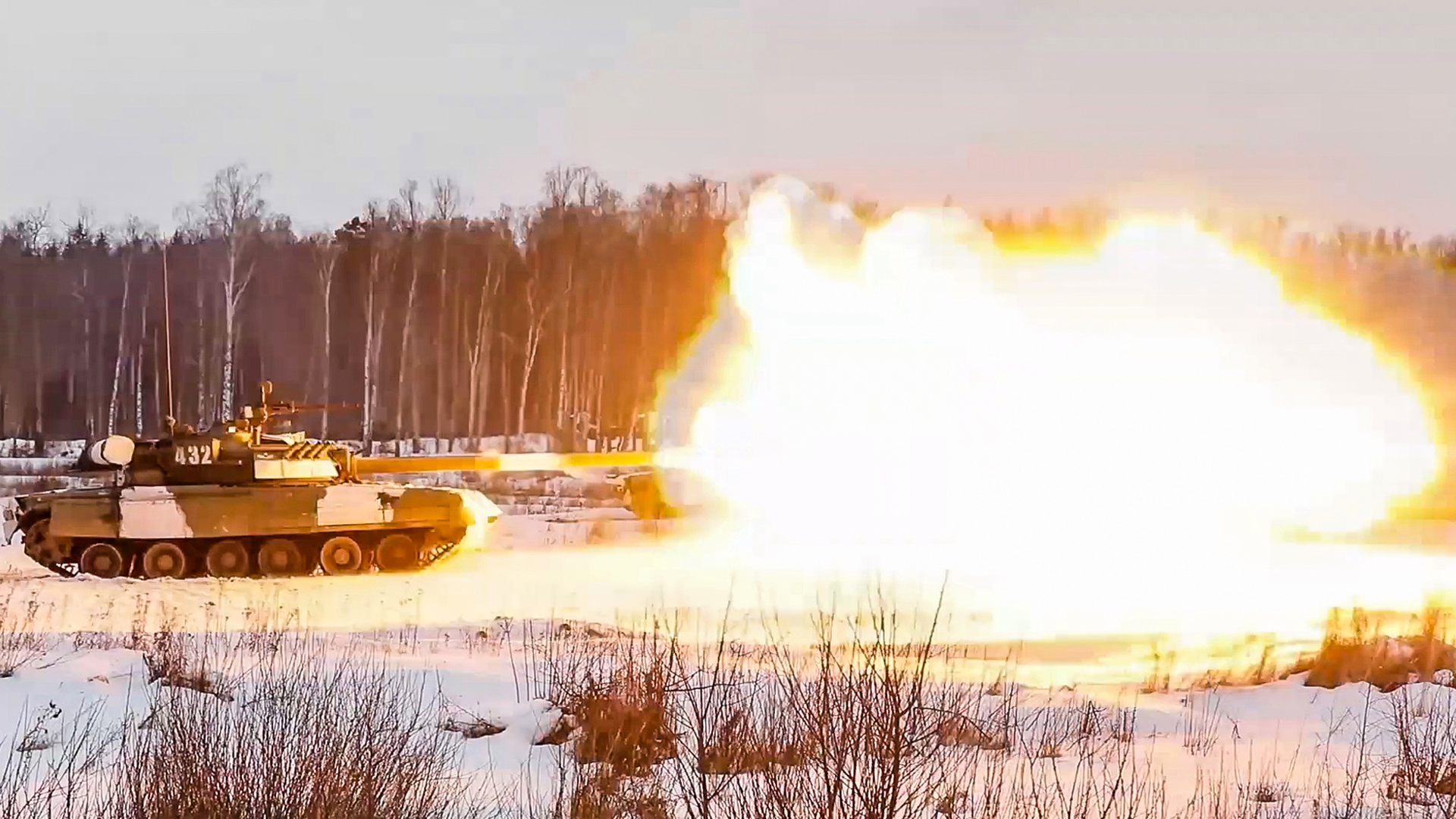 MOSCOW OBLAST, Russia – A Russian tank division marked the 78th anniversary of its formation by holding war-game exercises in the snow.

The Russian Armed Forces had their Guards Tank Army of the Western Military District taking part in the field training in the western Russian region of Moscow Oblast over the weekend.

The tank division participated in the exercises with a tank, a motorized infantry, reconnaissance teams, and engineering units to celebrate the milestone.

Servicemen overcame obstacles on ‘Scout’s Trail’, which included over 15 obstructions consisting of concrete, wooden, metal, and stone barriers, at the training base.

The exercise was further complicated for the troops by planned explosions, gunshots, and smoke by a surprise mock enemy.T-80 tanks performed live firing on the move and from a static position, with the average target range being approximately 2,000 meters.

“The Russian Western Military District is a vital military establishment due to its proximity to the western border that Russia shares with Ukraine and Belarus. These are the traditional routes taken by invaders from the west,” says the Federation of American Scientists.

In all, over 1,000 servicemen and about 400 units of military and special equipment were involved in the exercises.

Video footage by the Russian military authorities shows three tanks moving on a snowed landscape. They halt and fire several rounds at the predetermined targets. Then one sees a stationary tank firing a couple of rounds. Later, another tank is seen firing on the move and then running over obstacles such as massive fires. Then a soldier in the snow is seen throwing darts at a fixed board. The 58-second video ends with a scene, in which several soldiers are seen training their guns at targets while making a formation around a fire.

According to a report by Global firepower, “Russia’s 12,000-strong fleet of tanks is twice that of the U.S. 6,000 tanks, raising an interesting question about the prospects of a lengthy ground war.”

But the USA has double the number of fighter aircraft as compared to Russia. It also has five times more helicopters than Russia. In modern warfare, the airpower could also decide which ground force prevails.

Factors such as the technology used in Russian tanks and their sophistication are also decisive.

“Among the Ministry of Defense forces is the Kantemir Tank Division (8,000 troops, based around Moscow) and the Taman Motorized Rifle Division with 12,000 troops deployed near Naro-Fominsk city outside Moscow. These two units were usually show-cased during parades at Red Square. The world came to know about the new Soviet T-72 tank driven by the Taman Guards against one such parade in Moscow” the Federation of American Scientists states.