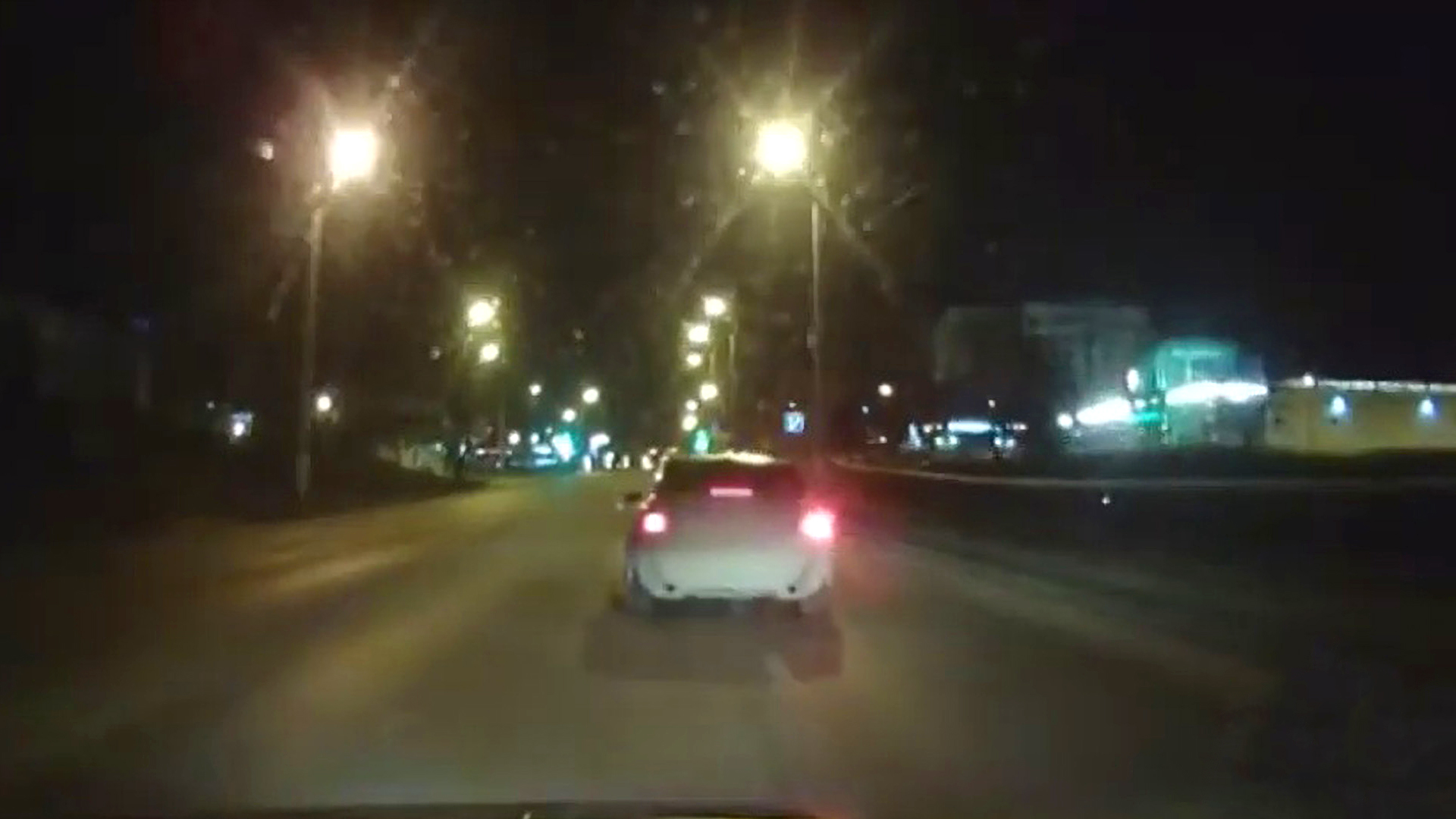 Officers pursue the drunk driver in Kerch. (Ministry of Internal Affairs of Russia/Newsflash)

In general, 323.5 thousand crimes were committed by persons under the influence of alcohol in 2019 in Russia. However, there has been a decrease in the number road accidents since 2016.

One of such instances of drunken driving made headlines when a police officer risked his life while catching an alleged drunken driver by clinging onto the moving car’s door along Voroshilov Street in the city of Kerch in Russia’s Republic of Crimea.

Rustam Aliyev and Alexander Belov, the two police lieutenants, while patrolling the area noticed the driver making an illegal manoeuvre. After the driver refused the police’s instruction to stop, the patrol car started chasing him.

The video footage shows the alleged drunken driver speeding high despite multiple honks from the police officers following him. The suspect stops at the red light, when Aliyev, the police officer, approaches the driver.

“Noticing clear signs of intoxication, I asked the driver to get out of his car,” said Aliyev. “However, the driver ignored the demand and accelerated off”.

Just when Aliyev hopped onto the moving vehicle while holding onto the open door, risking his life.

Reportedly, the suspect stops the vehicle after a few seconds. Later, he is detained and his vehicle is towed away.

“I took the car from a friend to go to the nearest store,” said the drunken driver. “I decided to run away when I noticed the police and their patrol car.”

The driver refused to undergo any medical examination. The International Police Association (IPA) National Section, which controls the law and order of Russia, has charged the driver with violation of traffic rules, failure to comply with the requirement to stop a vehicle, and refusal to a medical examination.

Moreover, an administrative case was also initiated against the owner of the vehicle.

The Russian Interior Ministry a federal agency of the executive branch of the Government of Russian Federation responsible for the formulation and implementation of state policy in the area of internal affairs.

European Commission has adopted objectives that delineate the enforcement of road safety rules. The commission as well wants to examine the possibility to make alcohol interlock devices mandatory for certain categories of drivers or vehicles. The driving task that determines overall driving performance can be divided into three categories. The strategic level defines the general planning stage of a trip, including the determination of trip goals, route, and modal choice.