VIDEO: Rare Footage Of The Moon Melting Is Seen From Space

The moon appears to be melting in an orbital sunset as seen in the video. 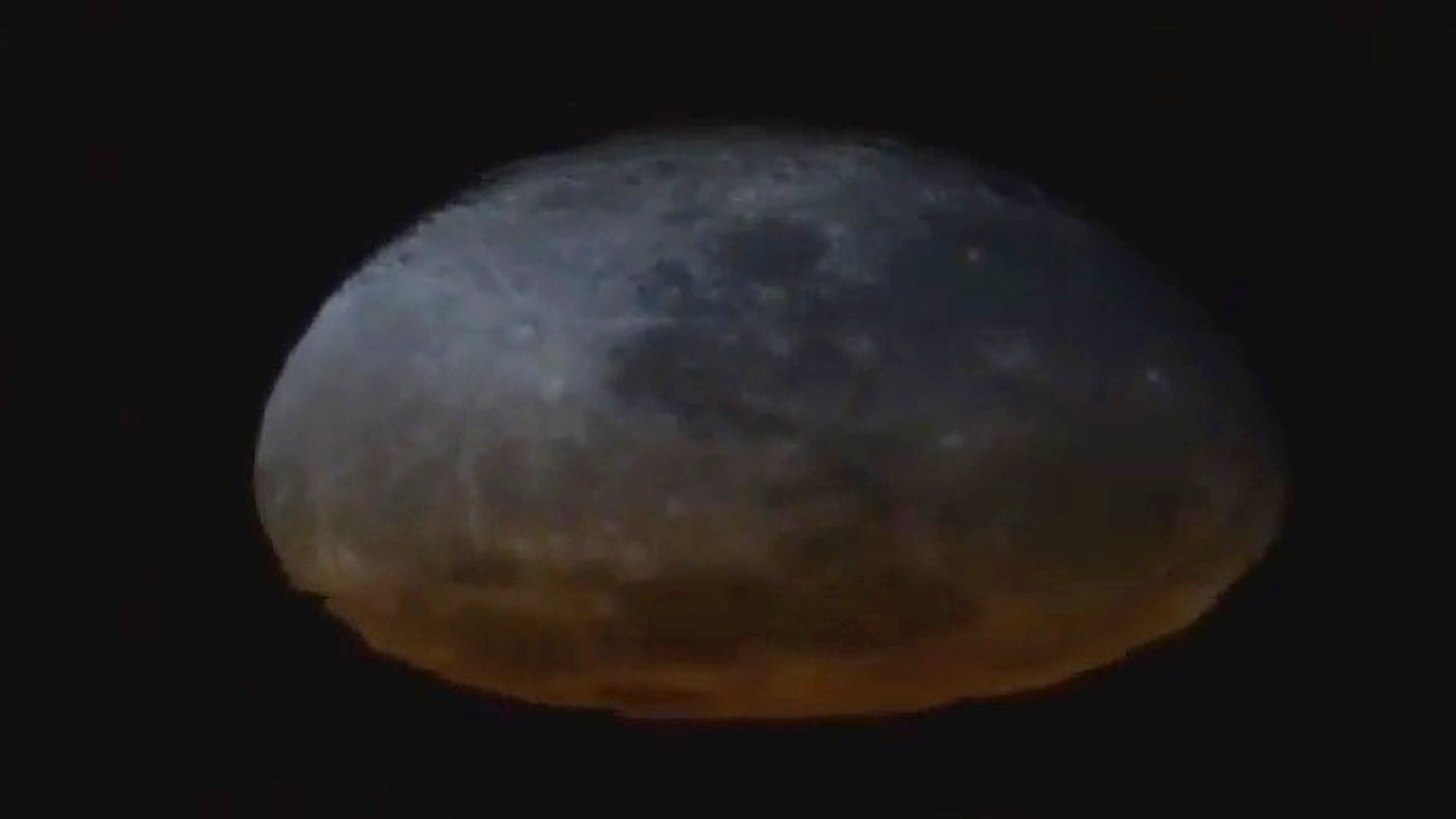 INTERNATIONAL SPACE STATION – A rare video footage recorded from the space shows the orbital moonset that makes the moon appear as if it is melting as it dips out of view.

The video of the incredible cosmic phenomenon shows the moon disappearing beyond the horizons of the earth. It starts slowly distorting and changing shape, before deflating and flattening out completely before it assumes the shape of a pancake and disappears in the dark.

The scientific explanation behind the ‘melting moon’ caught on video is that the moon slowly disappears behind the earth’s horizon. The distortions are caused by the atmosphere of our planet.

The video was shared by a Russian cosmonaut, Sergey Kud-Sverchkov, on the biggest Russian social network VKontakte. Kud-Sverchkov mentions that the video was filmed during the night. So, the Earth’s horizon is invisible in the frame.

In the solid black background of the space, the earth’s silhouette blends with the dark sky, and the moon seems to melt and dissolve into thin air.

“Why the moon is so flattened out? And where does it disappear?” he asks. Then his tweet reads, “The answer is quite simple – before the Moon disappears behind the horizon, its reflected light passes through the Earth’s atmosphere and is distorted.”

This is how the orbital setting of the full moon looks when observed from space, said Kud-Sverchkov.

The solid black background provided by the dark earth adds an extra illusion and makes the whole phenomenon a rare beauty.

A research article by EarthSky explains that this phenomenon can happen to the sun as well. Both the sun and the moon may appear jagged.

“This happens because of atmospheric refraction, the effect of light traveling through different densities and temperatures of air. Refraction is the same effect that causes a spoon in a glass of water to appear broken in two” the article states.

The 37-year-old cosmonaut Sergei Kud-Sverchkov is now working aboard the International Space Station.

He was one of the participants in the CAVES mission in 2014 organized by the European Space Agency.

“CAVES stands for Cooperative Adventure for Valuing and Exercising human behavior and performance Skills. The three-week course prepares astronauts to work safely and effectively in multicultural teams in an environment where safety is critical – in caves” states the European Space Agency website.

Then he also participated in the Pangaea program in November 2018. This is another program conducted by the European Space Agency, which aims to give astronauts solid knowledge in the geology of the Solar System from leading European scientists.

According to the website, “The Pangaea course is designed to provide European astronauts with introductory and practical knowledge of Earth and planetary geology to prepare them to become effective partners of planetary scientists and engineers in designing the next exploration missions.”