Nothing Brrr-y About It: Furry Sea Otters Love The Snow 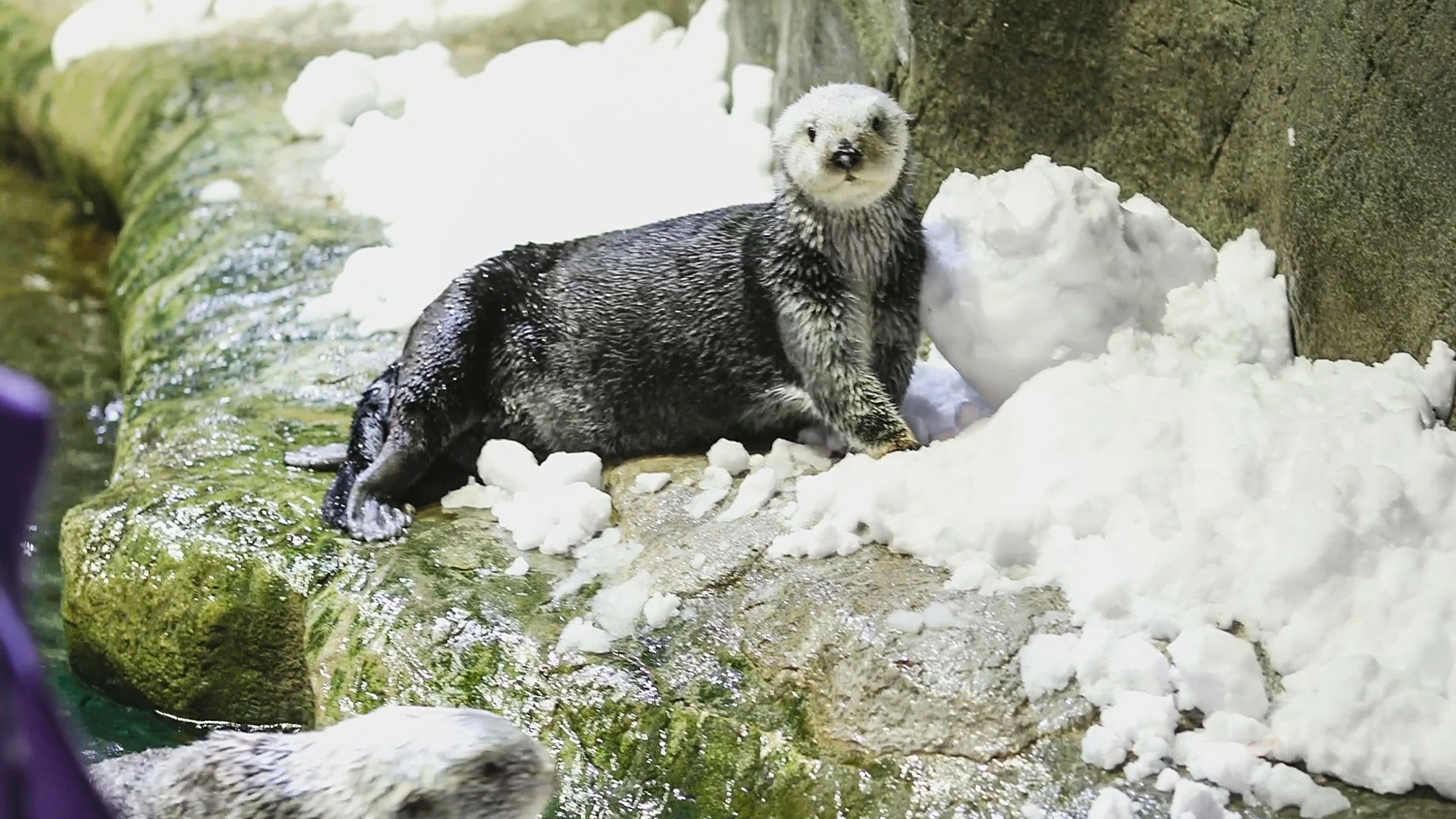 CHICAGO – Dense fur coats protect sea otters like Luna, featured in this video from the Shedd Aquarium, as they romp in — and chomp on — snow.

Luna is one of the many animals raised by the aquarium. She was rescued in 2014 by the Monterey Bay Aquarium in California and brought to the Shedd Aquarium as a pup.

The Shedd also has a long-standing rescue program, including its work with sea otter pups after the Exxon Valdez oil spill off the coast of Alaska in 1989.

The sea otters’ antics, which are captured in virtual encounters for “visitors” during the pandemic, are not only amusing, but also educational.

“Providing different enrichment is a regular part of sea otter care at Shedd. The seasonal weather provides the otters with variety and new items to explore, taste and feel to change up their day,” said Kayley Ciocci, the aquarium’s public relations and communications coordinator.

This season, the sea otters enjoy getting a taste of Chicago’s snow.

“It is of utmost importance to keep the otters’ everyday activities varied and fun,” said Ciocci. “The caregivers often use ice cubes, car-wash strips and hollow balls … to intrigue these animals,” she said.

Otters are members of the weasel family and are found on every continent, except Australia and Antarctica. Their fur is key to their existence, since they don’t have blubber like other marine mammals to keep them warm.

The video, posted on the aquarium’s YouTube channel on Jan 28, features sea otters Kiana, Yaku, Cooper and Watson, in addition to Luna.

“Sea otters have the densest fur among all other animals, up to one million hairs per square inch, to manage the cold temperatures in the Pacific Ocean,” said Ciocci. Otters are covered with a waterproof top layer and a short underlayer.

North American sea otters, which were widely hunted for their fur, were near extinction in the 19th century. They gained some protection under the  International Fur Seal Treaty in 1911, and further safeguarding under the under the Marine Mammal Protection Act and the Endangered Species Act in the 1970s.

For some years after the Shedd Aquarium was established on May 30, 1930, it was the largest indoor public aquarium (5 million gallons) in the world. Today it is home to  32,000 animals, and its Animal Response Team works with partners around the globe to rescue animals, from stranded beluga whales to endangered African penguin chicks.

The aquarium, which had been closed during most of the pandemic, reopened to the public on Jan.  30. The opening includes the Abbott Oceanarium, where visitors can see the sea otters at play.

«Previous Post
VIDEO: Lifeguards Save Dolphin from Beaching on Brazilian Coast »Next Post
Eimei, Giant Panda Becomes the World’s Oldest Dad at the age of 28