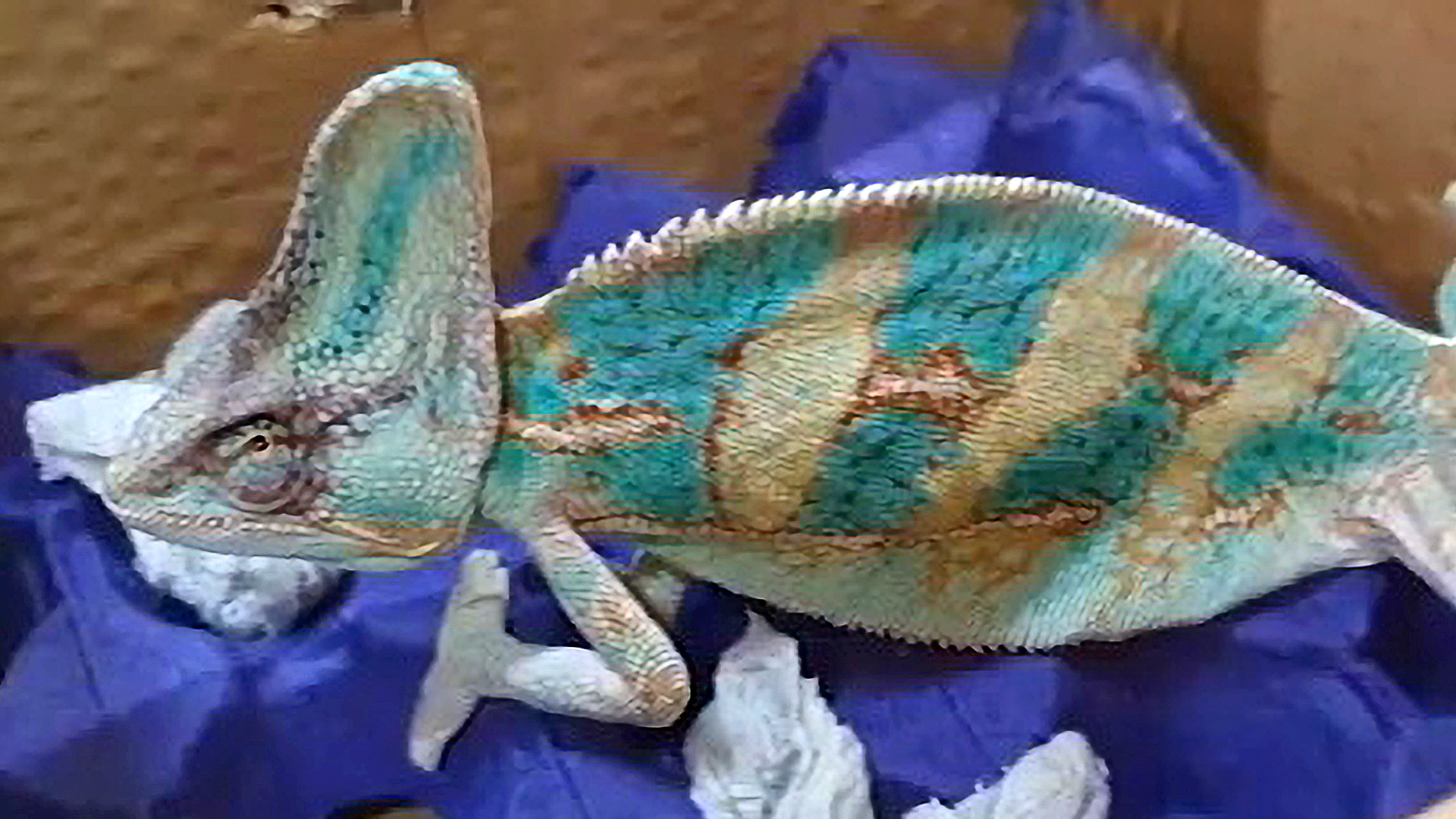 The chameleons found in the airport of Queretaro. (@GUARDIA.NACIONAL.MX/Newsflash)

An unnamed citizen contacted members of the Federal Ministerial Police based in the municipality of Villaflores in the Mexican state of Chiapas and alerted them about the possible illegal trafficking of crocodiles.

A video released by the police shows the crocodiles crawl on each other to get out of the cramped icebox. Police rescued about 39 crocodiles from the traffickers.

Office of the Attorney General of Mexico and the National Guard informed about the raids in official statements on Jan. 30.

The species was subject to “special protection” by Mexican law but did not specify the species they rescued, said the police.

Meanwhile, the National Guard also rescued eight turtles found stuffed in socks during a routine check of a courier company at the Ponciano Arriaga International Airport in the city of San Luis Potosi in the state of the same name.

“Most of the turtle species in Mexico are considered endangered and are under special protection,” said the authorities in a statement, however, they did not specify the species of turtles they seized.

The officials of the National Guard also rescued two chameleons who were found by sniffer dogs at Queretaro International Airport in the state of Queretaro.

A video shows a National Guard member taking one of the chameleons out of a small plastic container inside a cardboard box. The chameleons were found in bad condition.

They “started an investigation against the person or people who are most likely responsible for a crime against biodiversity after finding the 39 crocodiles”, said the office of Attorney General of Mexico.

No arrests have been reported so far in all the three cases.

All seized animals were placed in the care of the Federal Attorney of Environment Protection, a division under the Ministry of Environment and Natural Resources, as the investigation continued.

Illegal animal trade in Mexico, especially of reptiles, is a matter of concern for authorities as despite stringent laws cases are not decreasing.

The study concluded that most wildlife re-exports from Mexico are imported by the U.S. and the trade route from Mexico to the U.S. has involved and continues to include a variety of native species, particularly reptiles.