The woman was rushed to the hospital in Port Angeles for her treatment.
By Michael Leidig February 7, 2021
Facebook
Twitter
Linkedin
Email 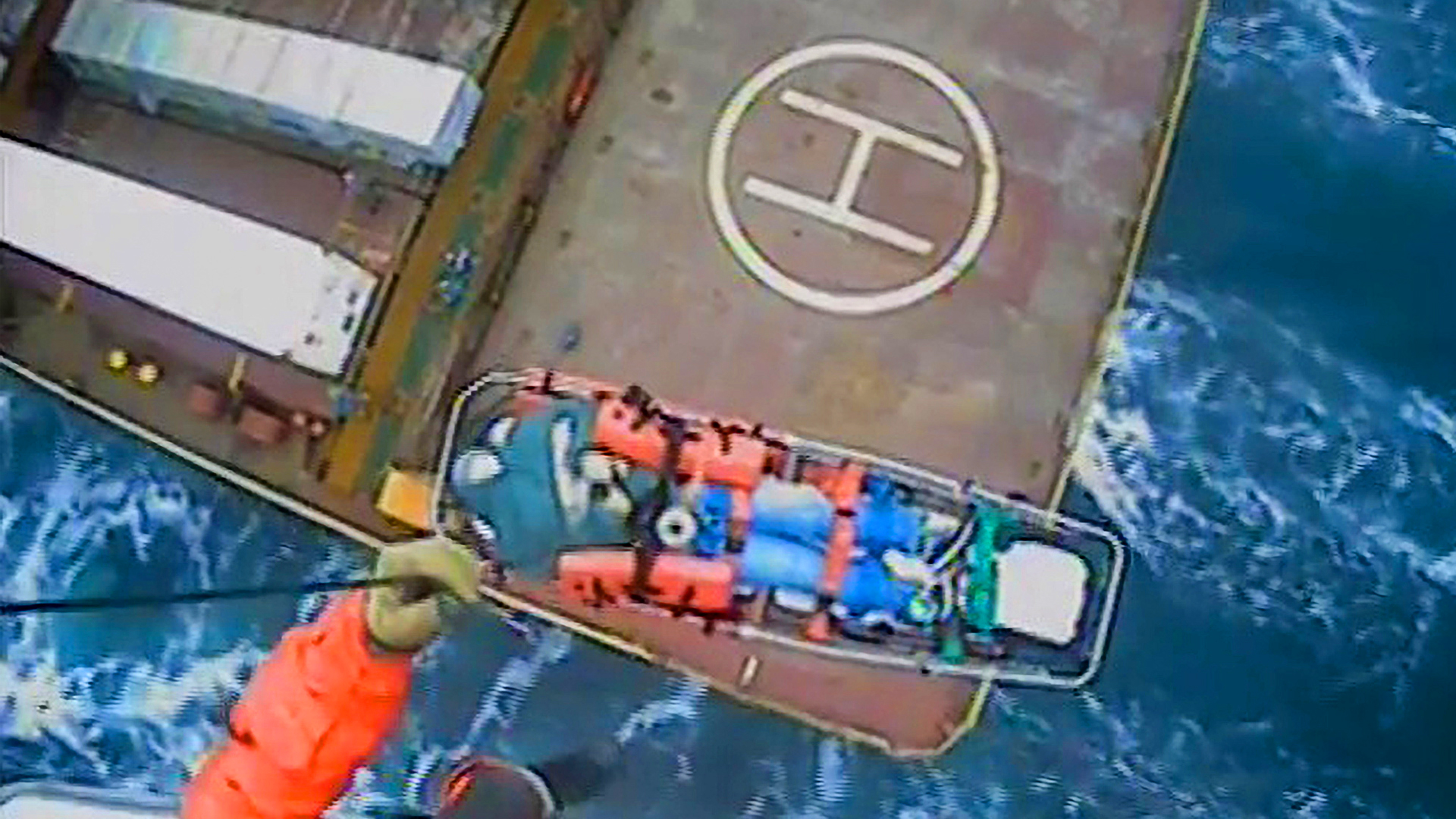 STRAIT OF JUAN DA FUCA  — The United States Coast Guard carried out an emergency evacuation of a sick woman. She was airlifted from an aground vessel between Canada and the United States, on Jan. 30

The watchstanders – whose job is to have an eye on the ship — at Coast Guard Sector Puget Sound command center received a call from the ship’s health insurance provider at 11:30 in the morning. The caller informed that a 65-year-old woman aboard the vessel needed medical attention, stated a media release by the U.S. Coast Guard.

The United States Coast Guard is one of the eight uniformed services and is the maritime security, search and rescue, and law enforcement service branch of the United States Armed Forces.

The woman, aged 65, was found unconscious and required urgent medical attention. She was on board the Matson Kodiak that was traveling on the Strait of Juan de Fuca which includes part of the international boundary between Canada and the United States. It is the access route to the Pacific Ocean from Puget Sound and the Strait of Georgia.

The ship was westbound off the Washington coast near Neah Bay when the incident happened.

Matson Kodiak is a 700-foot container ship that was built in 1984 and is running under the flag of the U.S.

After the call, an MH-65 Dolphin helicopter crew from Air Station Port Angeles, which was already airborne around Seattle at the time, was sent to carry out the rescue. Port Angeles is the largest city of the Clallam county of Washington, U.S.

MH-65 happens to be the short-range recovery helicopter for the United States Coast Guard for medevac-capable search and rescue like these.

The rescue party arrived just over an hour at around 1 in the afternoon after they were signaled and successfully managed to airlift the woman on board from where she was hospitalized at the Olympic Medical Center in Port Angeles.

Olympic Medical Center is locally owned and operated, governed by a seven-member, publicly elected board.

She was transferred to higher medical care after getting admitted at 1:50 pm that day. The current situation of the patient remains unknown and there has been no update on her since she was admitted.