The custom, known as “ghag," is a curse for the women of Khyber Pakhtunkhwa, women's rights activists say.
By Raza Hamdani February 6, 2021
Facebook
Twitter
Linkedin
Email 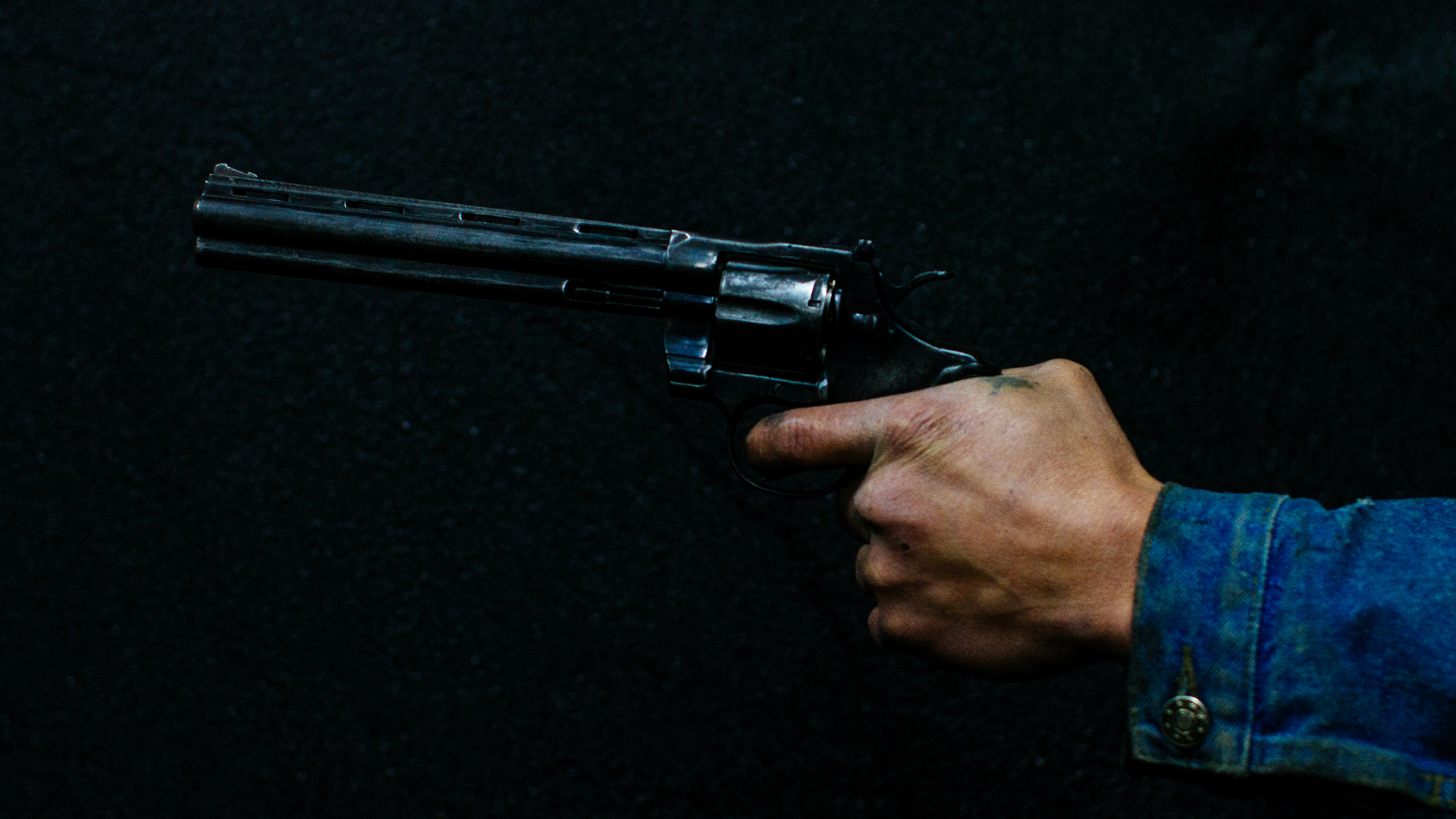 Representational image of a person holding a gun. (Alejo Reinoso/Unsplash)

PESHAWAR, Pakistan — It was at 9 am on Dec. 21 last year when Badshah Gul, a resident of a small village in South Waziristan, a former tribal area in Pakistan, heard shots outside his house.

Gul thought somebody had been killed. But then he heard a man shouting, “I am going to marry the girl living in this house and I will kill anyone else who tries to do so.”

The man who made this open declaration was Omar Khan, who wanted to marry Gul’s 15-year-old daughter.

“The girl is already engaged, but Khan has a personal dispute with her fiancé so he announced ‘ghag’ on the girl to avenge him,” said a report filed by Gul at the police station in Azam Warsak, the village where the Gul family lives.

In Pakistan’s former tribal areas, the tradition of declaring intent to marry without the consent of the woman or her family is called “ghag.” Under this centuries-old practice, the open declaration implies that the woman is now engaged to the person making the declaration, and no one else can propose to her without risking enmity.

For the Pakhtun, the unwritten ethical code of Pashtunwali, which dates to the pre-Islamic era, is as central to their lives as Islam.

The district police officer of South Waziristan, Shaukat Ali, told Zenger that last year four such cases were registered, and the accused men were arrested.

“In two of the cases, the men surrendered their ghag claims following their arrest and gave an assurance that they would not do it again,” Ali said.

The Khyber Pakhtunkhwa Assembly unanimously passed the Elimination of Custom of Ghag Act, 2013 on Jan. 8, 2013. The bill was tabled by the then-provincial minister for social welfare and women empowerment, Sitara Ayaz.

The law says that anyone following the ghag tradition will face a jail term of at least three years, which may be extended to seven years, and a fine of PKR 500,000 ($3,125). Despite the penalties, Ayaz said, ghag is still practiced in some tribal districts of Khyber Pakhtunkhwa.

“There is still a lot to be done,” she said. “Enacting the law was the first step, but enforcing it strictly across the tribal districts is the main challenge. The law has definitely helped as families are now approaching police to get cases registered against those who are declaring ghag. However, there are many who are still unaware of their legal rights.”

She said that the government has a long way to go to raise awareness about the law among Pakhtun women and the legal recourse available to them.

“Ironically, the girl, her parents and family have no say or consent in the ghag,” she said. “There have been instances where ghag was used to take revenge. The man never married the girl, and she remained single for the rest of her life.”

Advocate Javed Ali Asghar told Zenger News that the court is very clear that no one is allowed to declare ghag, not even those residing in the tribal districts.  In 2017, Asghar represented Amina Jan after she petitioned the Peshawar High Court for authorities to take action against a man who had declared ghag on her.

“A man sought the hand of Amina for his son when she was only two, and obviously Amina’s parents refused,” he said. “The man again approached them in 2005 when she was 14, but the parents refused again.”  It was then that the man declared ghag on the girl and said that she was his son’s wife and could not be married to anyone else throughout her entire life.

“The man’s son got married to another woman in 2007 and had four children with her, but he continued to obstruct Amina’s marriage. As a result, she was still single at 26.”

Following a court order in 2017, Jan married a man of her choice.

“Ghag is a curse for the women of Khyber Pakhtunkhwa,” said women’s rights activist Shahwar. “She has to live her entire life as ‘unavailable’ or ‘married’ to a person she never asked for.”

She said that things have changed for the better following the military operations in the tribal areas of the province.

“A large number of people were displaced from their areas and shifted to cities,” she said. “This displacement gave them the opportunity to interact with people other than tribal people. Not only women, but also men came to know about their legal rights. That is one reason why use of ghag has decreased.”

Pakistan military operations against non-state armed groups have forced 1.8 million to flee North Waziristan and Khyber agencies since May 2014.

«Previous Post
Fall Of The Wild: The Urbanization That Has Silenced Karachi’s Birdsong»Next Post
A Precarious Existence For The Cave Dwellers Of Torkham