Ram raiders caught on CCTV footage as they take the cash machine with them before fleeing.
By James King February 5, 2021
Facebook
Twitter
Linkedin
Email 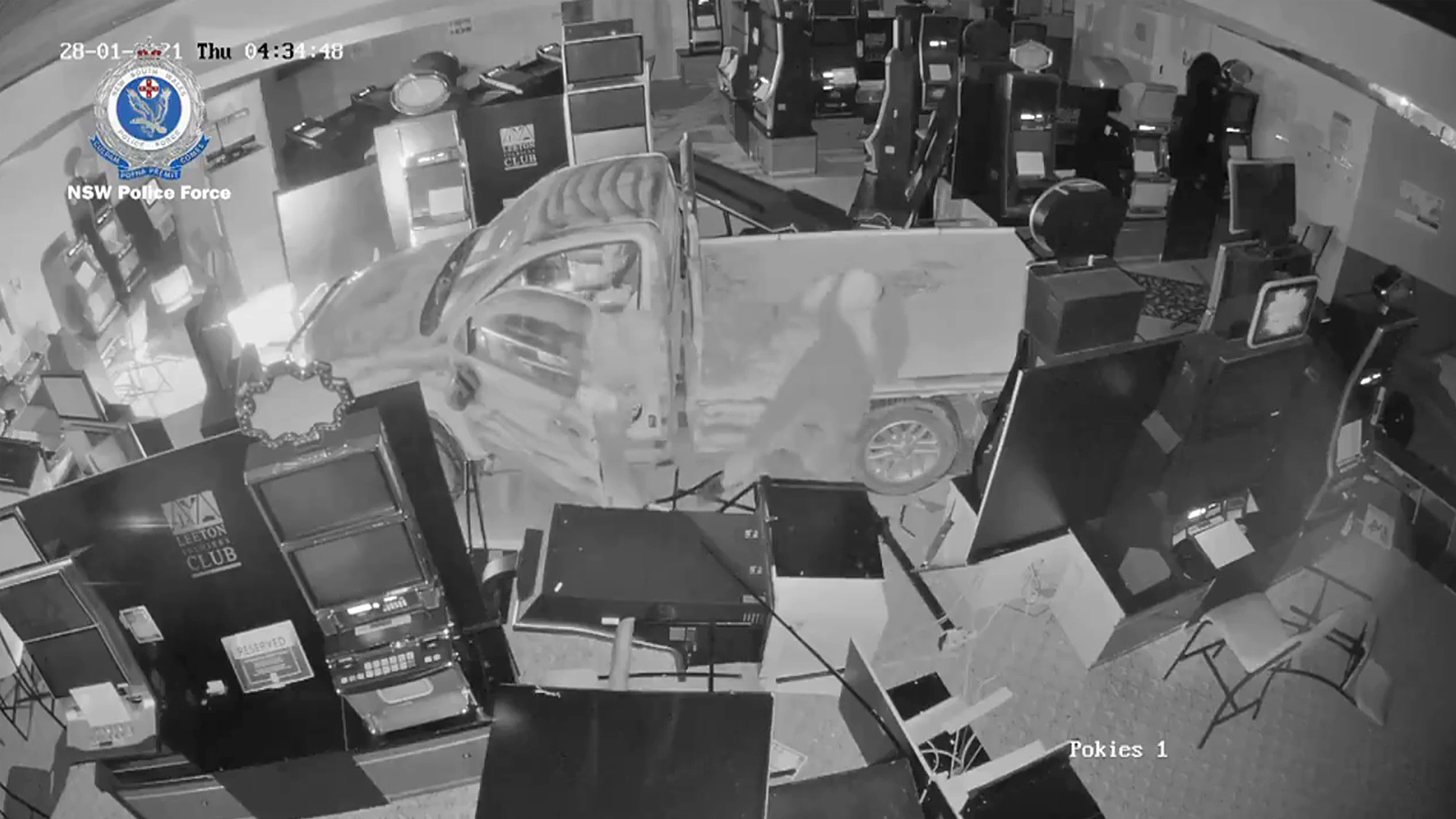 The suspects entering the club with a vehicle. (@nswpolice/Newsflash)

NEW SOUTH WALES, Australia – A ram raid at the Leeton Club in Australia caused extensive damage when the raiders fled with the cash machine and destroyed the property.

A CCTV footage of the club shows two men climbing out of a white Toyota Hilux utility, painted in camouflage design at around 4.30 a.m. on Jan 28.

“Detectives release CCTV as investigations continue into ram raid – Leeton” read the caption of the video released by NSW police on Twitter.

The video shows how the truck entered smashing the wall of the club, causing extensive damage to the property. In the video, two men were seen getting down while the driver waited inside. Both of them were wearing hoodies, cargo pants and fully covered their faces with masks. The footage caught them stealing the cash machine before fleeing.

The incident took place at the junction of Acacia and Yanco Avenue in the Leeton area of New South Wales.

“The Leeton Soldiers Club was targeted in a ram raid causing significant internal and structural damage,” posted the management team of the club. “We are completely devastated. This occurred in our club. Our staff, police and detectives are truly amazing. We are currently assessing whether it’s deemed safe for patrons to re-enter. So, until we are satisfied it is safe, the Leeton Soldiers Club will be closed.”

The Australian police appealed to citizens for help in tracking down the ram raiders. An appeal has been made to the witnesses for the same to report dashcam videos that might have accidentally captured the incident.

“The vehicle used has not been recovered yet,” said the police. “Various items have been seized for the analysis.”

The investigation into the incident was on when the reports last came in.

The investigators have made an appeal to share any information related to the incident to Crime Stoppers on 1800 333 000.

“Violent crime in Australia is relatively low, with fewer than 100 reported cases of armed robbery, murder, or sexual assault per 100,000 persons nationally,” reads the Australia 2020 Crime & Safety Report. “In Victoria, most crimes against a person were assault offenses (45,658 or 692 per 100,000); many of these are alcohol-related incidents.”

The club was founded in 1912 and is situated at an approximate six-hour drive from Sydney and five hours from Melbourne. It is the heart of the Murrumbidgee Irrigation Area and is a hub for several food processing industries.

The Club has been sponsoring local sporting teams and community events. From catering for a variety of functions, wedding parties to birthdays, it is a go-to place for the locals.