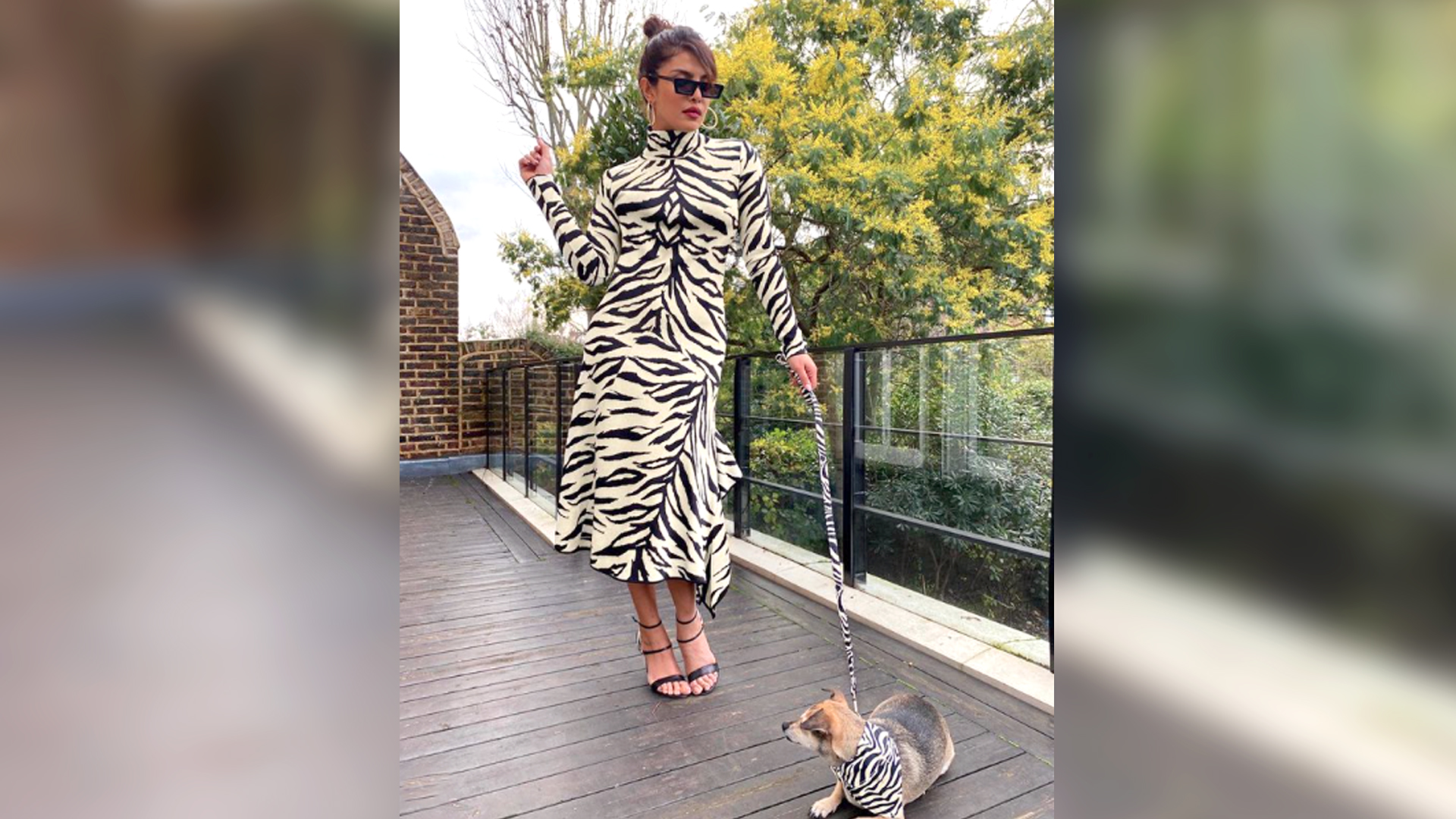 PUNE, India — Hollywood hit film Legally Blonde (2001) made Reese Witherspoon the star she is today. The verdict scene in the film left everyone in awe of her comic timing and screen presence, but little did she know that her famous twinning scene with her onscreen pet would make a comeback in the future.

Captioning the pic as ‘The White Tiger and her cub’ Priyanka slayed the cream white one-piece with a tiger print. Her dog, Diana Chopra Jonas, with an Instagram following of 166,000 wore the same print in the form of a sweater. The post has garnered more than 1.1 million likes since it was posted on Feb 1.

Speaking on the growth of pet fashion culture, she said pets are no more to be considered as “pets” but an extension of the family.

“Just like we treat our baby, we put a little effort in making the pets look extraordinary in front of the others.”

Shah has customized outfits and garments like gowns and tuxedos and sherwanis for dogs and cats.”

Chopra joins the club of actors who share the love for twining with their pets. Though Witherspoon is considered as the pioneer of pet fashion, Hollywood biggies Amanda Seyfried, Bruno Mars, and Liam Hemsworth joined the pet fashion circle.

Model Liam Rice is attributed to making animal twinning selfies famous in the digital era through his Instagram posts. Rice posted pictures with his Siberian husky in similar attires and expressions that swooned the audience.

“Celebrities influence a lot in a common man’s life, and this has led to numerous fashion trends coming up. Pet fashion has been taken to a new level by celebrities, leading the public to show interest in the same,” Shah said.

In the picture posted by Chopra, the leash of Diana is also of the same ‘white tiger’ print, highlighting the growing popularity of pet jewelry in recent times.

From pendants to necklaces, there is a huge range on offer when it comes to pet jewelry.

The twinning and caption by the international icon drew attention to the recently released Netflix Original movie, “The White Tiger”, in which Chopra starred alongside Rajkummar Rao and Adarsh Gourav in the directorial vision of Ramin Bahrani’s adaptation of Aravind Adiga’s Booker Prize-winning novel of the same name.

«Previous Post
VIDEO: Surgeon Broke His Arm While Arm Wrestling With Another Doc »Next Post
International Firms Among 9 In Race To Renovate New Delhi Railway Station