Despite the global pandemic, people need to keep on moving through the city.
By Vanessa Sam and Christian Valera Rebolledo February 5, 2021
Facebook
Twitter
Linkedin
Email 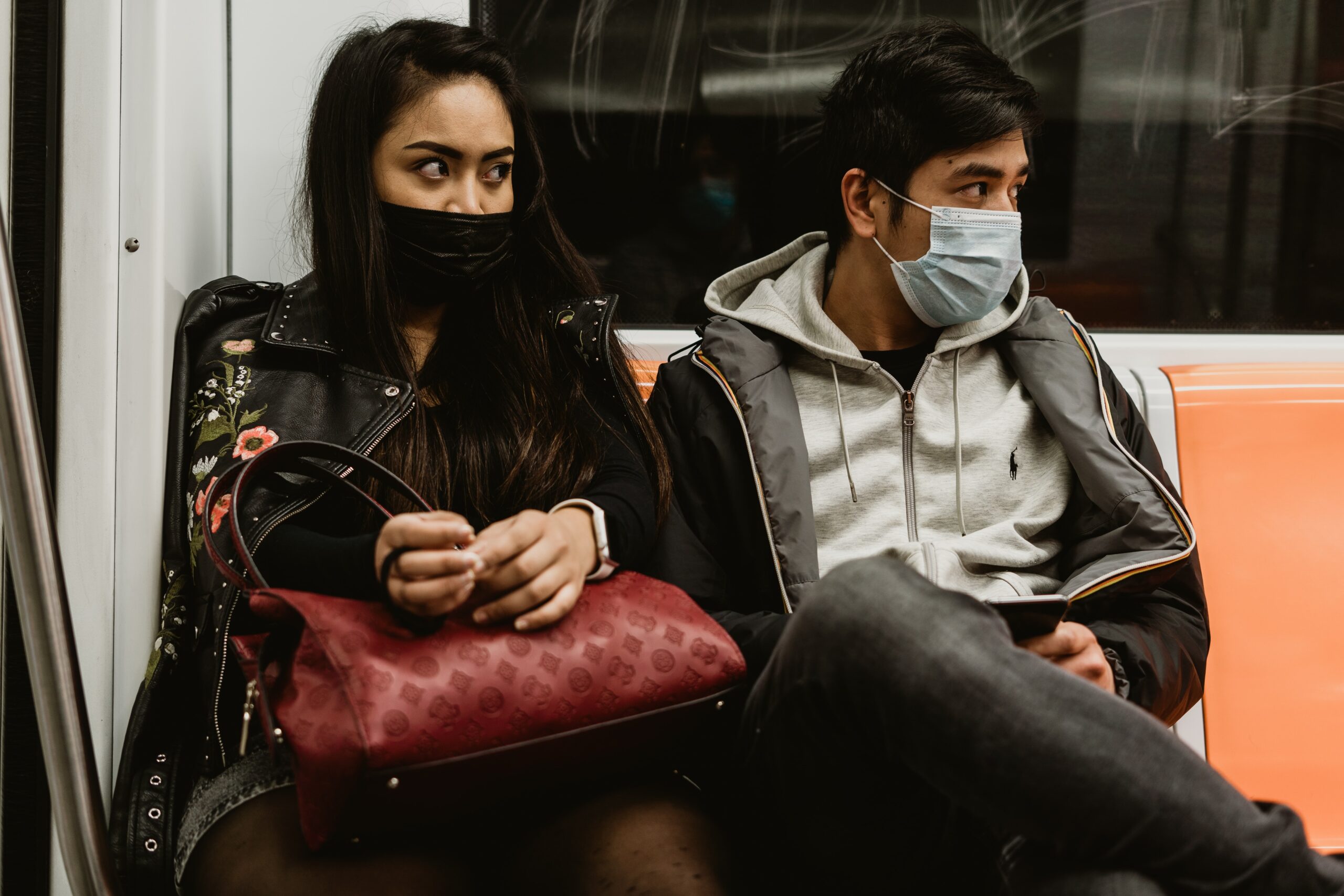 The COVID-19 pandemic has changed the lives of millions of people living in Mexico City.

The subway became one of Mexico City’s hotspots in terms of health and safety due to the influx of passengers that use it every day.

The Secretariat of Mobility announced that several health policies would be implemented to reduce the coronavirus’s spread. It is now mandatory to wear a face mask at all times on the subway, maintain a distance between passengers of at least five feet (one and a half meters), and board only at specific hours to avoid saturating the 195 subway stations in the city.

However, these policies did not come as a surprise. By now, people know that if they want to use any transport— be it a taxi, subway, bicycle or even a private car— using a face mask can help maintain public order and sanitary conditions.

Which policies did the Metro system implement?

Face masks help prevent viruses from spreading by reducing the risk of transmitting the virus through saliva, coughing or sneezing. Even those who feel healthy should use one, as carriers may have the virus yet be asymptomatic.

To enter any of the stations in Mexico City — especially in those where many people congregate — it is necessary to distribute people across the subway units’ full length. Moreover, the authorities have marked the length of the social distance people have to take to be safe.

Another official recommendation is to avoid touching public surfaces (metal bars, seats, windows) and their faces. According to scientific studies, the virus can survive up to 48 hours outside the human body.

The people who must use the service understand how complicated and dangerous the situation is, but many do not have any other alternative.

“Let us be real: getting on the subway is akin to playing Russian roulette regarding the possibility of being infected with COVID. However, people do not ride the subway out of pleasure but necessity,” said Isela Velasco, originally from the Gustavo A. Madero alcaldía in Mexico City. “Even though we have sanitary filters, hand sanitizers and face masks, rush hours are tied to an increase of infections. Only those who live here can understand how grave this is.”

The Collective Transport System has installed sanitizing areas in the entrances and exits of each subway station. In addition, there are thermal cameras and authorized personnel equipped with digital thermometers to measure users’ temperatures. Those with temperatures higher than 37°C (98.6°F) cannot enter.

The Metro has also launched a health campaign called “Silence prevents contagion.” It seeks to make people conscious of their speaking habits. If they remain quiet and avoid talking during the transfer, it minimizes the number of saliva particles in the air and the risk of infection.

Authorities have supplied all stations’ entrances and exits with hand sanitizers, but they still recommend each person carry their own and regularly use them. Moreover, in a place with soap and water, official statements indicate that people should wash their hands for at least 30 seconds to combat the disease.

However, despite all the official indications, users complain about the lack of care of fellow users.

“There are a lot of people who do try and follow the official instructions, who use sanitizer, allow officials to take their temperature, use the mask, etc.,” said Velasco. “Yet there are also people who, once they enter the subway, they remove their masks, claiming it is hot inside, or those who do not use the mask properly.”

Inside the subway cars, those who have difficulty breathing need extra room compared to others. In addition, the virus spreads when people are overcrowded, especially during rush hours. That is why the social distancing measures and the use of face masks — without exception — are so necessary.

“Individual responsibility and commitment affect positively or negatively the health of all,” said Velasco.