From Snacks To Elaborate Creations: Traditional Dishes From Colima

Due to its geography, the Mexican state has access to several ingredients, which makes its cuisine unique.
By Vanessa Sam and Christian Valera Rebolledo February 5, 2021
Facebook
Twitter
Linkedin
Email 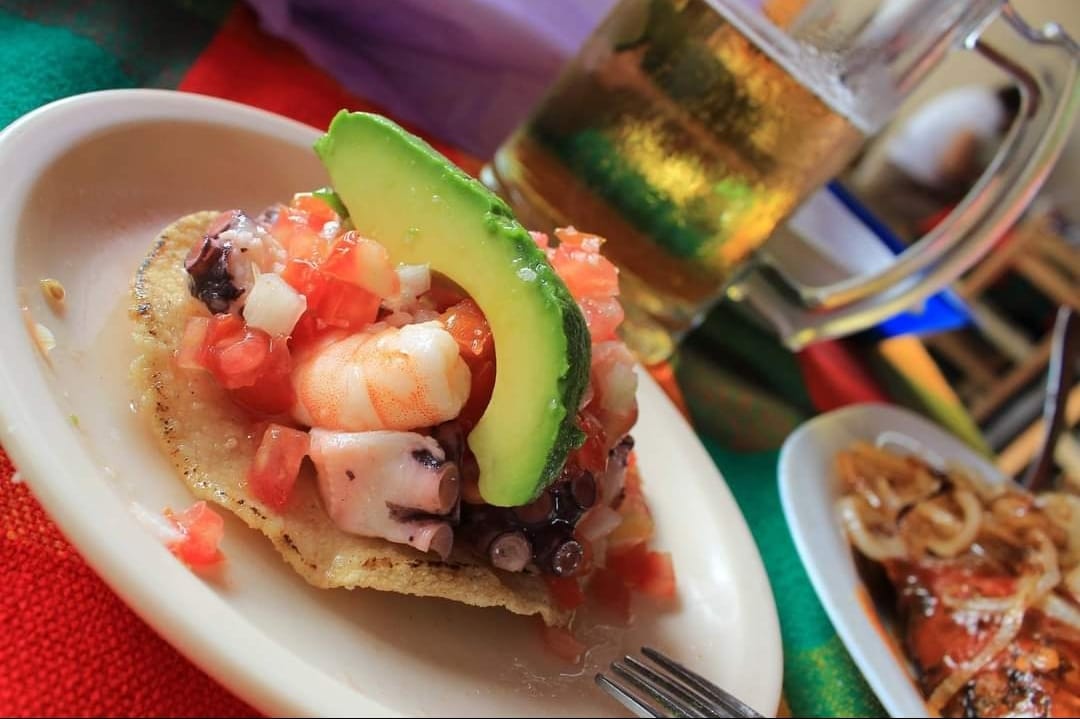 Mexican gastronomy offers an immense variety of dishes as people in each of the country’s 32 states strive to create a unique cuisine.

The city of Colima, the homologous state’s capital, is among the most populated in Mexico. Roughly 20 miles from the Pacific Ocean and close to a mountain range, Colima has a unique environment that provides a wide range of ingredients. Its geography benefits its cuisine, and Colima has managed to woo locals and tourists through their palates.

“One of the great pleasures of Colima is its food, just like all over Mexico. We have a variety of dishes prepared mainly with corn, pork, fish and seafood,” said Damina Tapia, who works in the kitchen of a restaurant located in Manzanillo, Colima. “Regional food here has its style due to the history and geography in which we find ourselves.”

Colima’s gastronomic journey begins with tacos. Colimenses, people from Colima, enjoy tuxpeño and brain tacos all year round. To prepare them, they cook a corn or wheat tortilla with garlic, onion, salt and vegetable oil. Tuxpeño tacos are made with shredded pork, while the brains for brain tacos come from cows. In both cases, Colimenses cook and season the meat well. Finally, they make salsa with onion, pepper, garlic and thyme and bathe the tacos with it.

Chacales have been prominent in the Colima area since pre-Hispanic times. They are prawns that Colimenses cook with parsley, onion, tomato, potato, butter, pepper, salt and black pepper. They usually serve chacales with coleslaw. Not everyone in Colima can catch a chacal because they’re less common than other crustaceans, but eating them is a delight.

Also popular, Colimense sopes are different from those in other parts of Mexico. Colimenses call them sopitos. They owe this dish to the creativity of Dominga Rodríguez López, who imposed her style when cooking them during the Mexican Revolution at the beginning of the 20th century. Sopitos have a corn dough base, which Colimenses mix with peppers, eggs, lard, flour, baking powder and salt. They top their sopitos with cooked ground beef, lettuce or cabbage, cheese, tomato, avocado and radishes.

Tostadas are easy to prepare, and they are one of the most sought-after dishes in Mexico. Colimenses top their tostadas with refried beans, pork loin cooked in lard, aged cheese, onion and cabbage and bathe them with a broth. Tostadas are a year-round dish in Colima, and many restaurants serve them as a starter.

Pepena is a dish unique to Colima that is enjoyed when it is hot. To prepare pepena, Colimenses bring to a boil cow entrails, including tripe, heart, liver and lungs with garlic, bay leaves, onion and salt. Once the viscera are cooked, Colimenses cut them into strips and cook them until golden brown with tomatillos, tomato, peppers and onion.

Cuachala is yet another of Colima’s traditional and tasty dishes. To prepare it, Colimenses boil chicken or pork with onion and salt. Then, they shred the meat. Meanwhile, they roast and grind peppers with garlic, tomatoes and some water and cook this mix with lard. Some people add corn dough to thicken the broth. Colimenses may enjoy cuachala any day of the week, or on holidays and at family celebrations, including weddings and birthdays.

Dry pozole is a Colima invention that has spread throughout Mexico. Legend has it that a cook forgot the pozole on the fire, believing the embers were not burning, and the pozole dried out. From that moment on, Colimenses eat the shredded meat of their dry pozole on a tostada with cabbage, onion, chili and radish.

“Of course, regarding snacks originating in Colima, we have a variety of tamales, tostadas, gorditas and sopes covered with different stews, whatever the client likes. As for emblematic food here, dishes such as river prawns, crab a la diabla [spicy], of course ceviche from Colima, and pork meat tatemado are also a delight for visitors,” said Tapia.