Fall Of The Wild: The Urbanization That Has Silenced Karachi’s Birdsong 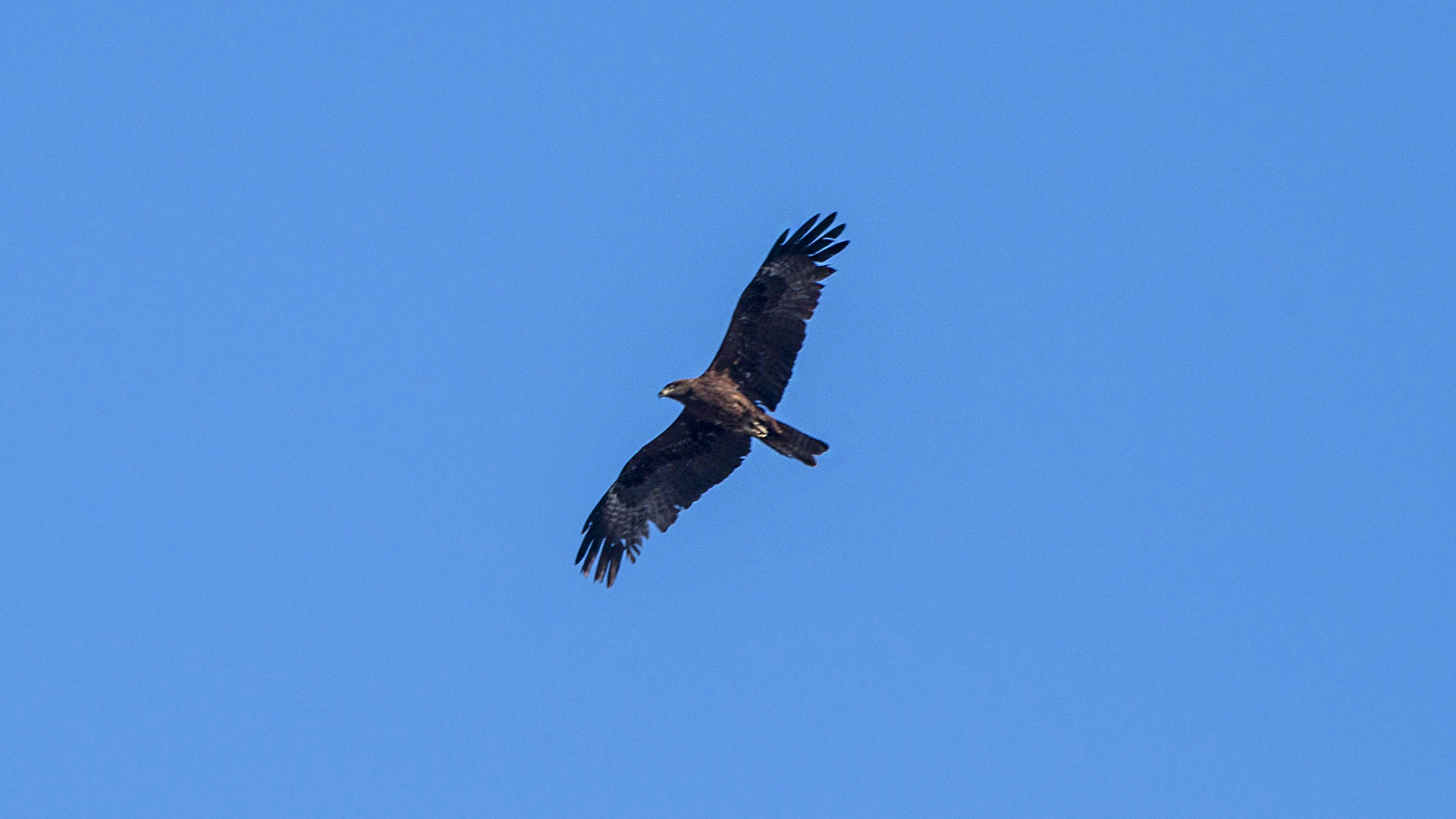 Scavenger birds have increased in Karachi over time. (Ali Bilgrami)

KARACHI, Pakistan – Waking up to the pleasant sound of a koel and thousands of birds chirping in the gardens and trees that surround the neighborhoods has become a fading memory for residents of Karachi.

A couple of decades ago, hundreds of sparrows would appear with the first ray of the sun and hop on the branches to collect food. Hummingbirds and mynahs would announce the morning sun in unison on the top branches of the neem and mango trees. Slowly the bulbul, which was at one time often mentioned by subcontinent poets with utmost fondness, disappeared from city green spaces. 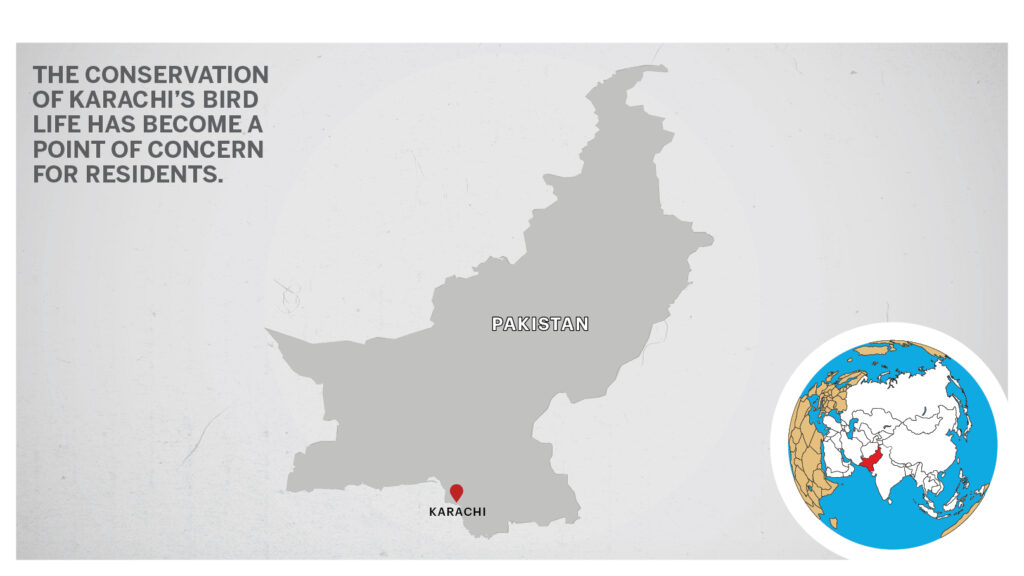 With more green spaces in the city being taken up by concrete infrastructure, melodious birdsong has been replaced by the loud and raspy “caws” of scavenger birds, mainly kites and crows. The increased infrastructure and deteriorating environment have deprived the wetlands, coastal and urban areas of exotic birds that once were common in the city.

The conservation of Karachi’s bird life has become a point of concern for residents, including zoologists and environmentalists who are pressing for the preservation of species whose population is declining significantly.

“It’s not only birds, but also animals and reptiles” that have disappeared, said Zahra Ali, an urban gardener and environmentalist “Karachi’s north, west and east districts used to be green spaces where these birds would nest and find food and survive. But because of urbanization and unplanned city growth, birds have lost these nesting grounds and their food sources, especially the birds that are dependent on seeds of fruits for their diet, including sparrows, parrots, koel and bulbul. The population of these birds has declined in the city.”

On the other hand, Zahra said, there are open fields filled with garbage, including food waste, which has become a source of food for crows and kites.

“This is one of the main reasons we see the population of scavenger birds increasing in the city. Now they not only have spaces to nest, but also to find food,” she said. “They are not dependent on food that is grown on trees, so all those birds that were dependent on food grown on plants and trees, their population has significantly declined.”

Karachi is also considered one of the worst cities for air pollution according to the Air Quality Index. In addition to pollution from cars and motorbikes, rickshaws running on two-stroke engines also contribute massively to the city’s pollution levels. This is another significant factor in the loss of more than 70 percent of the city’s sparrow and parrot populations, Zahra said.

“Karachi has slowly lost the population of birds, which have an important role to play in our ecological system, and we are losing this variety at a very alarming rate,” she said.

In the old residential areas, however, aging, dense trees still nurture species of birds. Zahra, who lives in Gulshan e Iqbal, the central old town, said that a large number of birds start populating the neem tree planted in her courtyard as soon as the sun rises. The birds are often seen feeding on the leaves and seeds, she said, and pigeons are often seen on roundabouts, where people put pearl millet, a grain pigeons feed on.

Some residents say that since the air quality has improved somewhat during the pandemic, they have started seeing large flocks of birds again — something they had not seen for many years.

Jameel Kazmi, the dean of the Geography Department at the University of Karachi, said that the main reason why birds left the city spaces is because residents killed the vegetation they used to eat.

“We are responsible for the decline in the population of birds because we did not take care of our environment and eco-system, which used to be friendly for these birds,” he said. “Earlier, even the small houses, as small as 80 yards, used to have green space, which was also the requirement by the building control authority in Karachi. But now there is no open area for plants to grow and birds to nest. Local indigenous birds like bulbul and mynah are leaving, and invasive birds have populated the city.”

Kazmi, who wrote a research article on selected bird species in the wetlands of Sindh province, of which Karachi is the capital, said that the wetlands formerly had a large population of Siberian birds, but because of environmental degradation and the water becoming saline, the number of birds has declined significantly.

He also said that thousands of local trees were replaced by flowering plants known as Conocarpus, which is not conducive for nesting birds.

“If you don’t plant local trees, it is unlikely the birds would stay,” he said.

There are approximately 420 species of birds in Sindh province, according to the Department of Zoology at the University of Karachi. Among the bird populations that used to thrive in Sindh are various types of pelican, cormorant, bittern, storks, flamingos, geese, swans, ducks, falcons, eagles and cranes, among others.

As the aquatic ecosystems in Sindh are replaced by concrete structures, the wetland birds have taken flight, the Zoology Department’s research states.