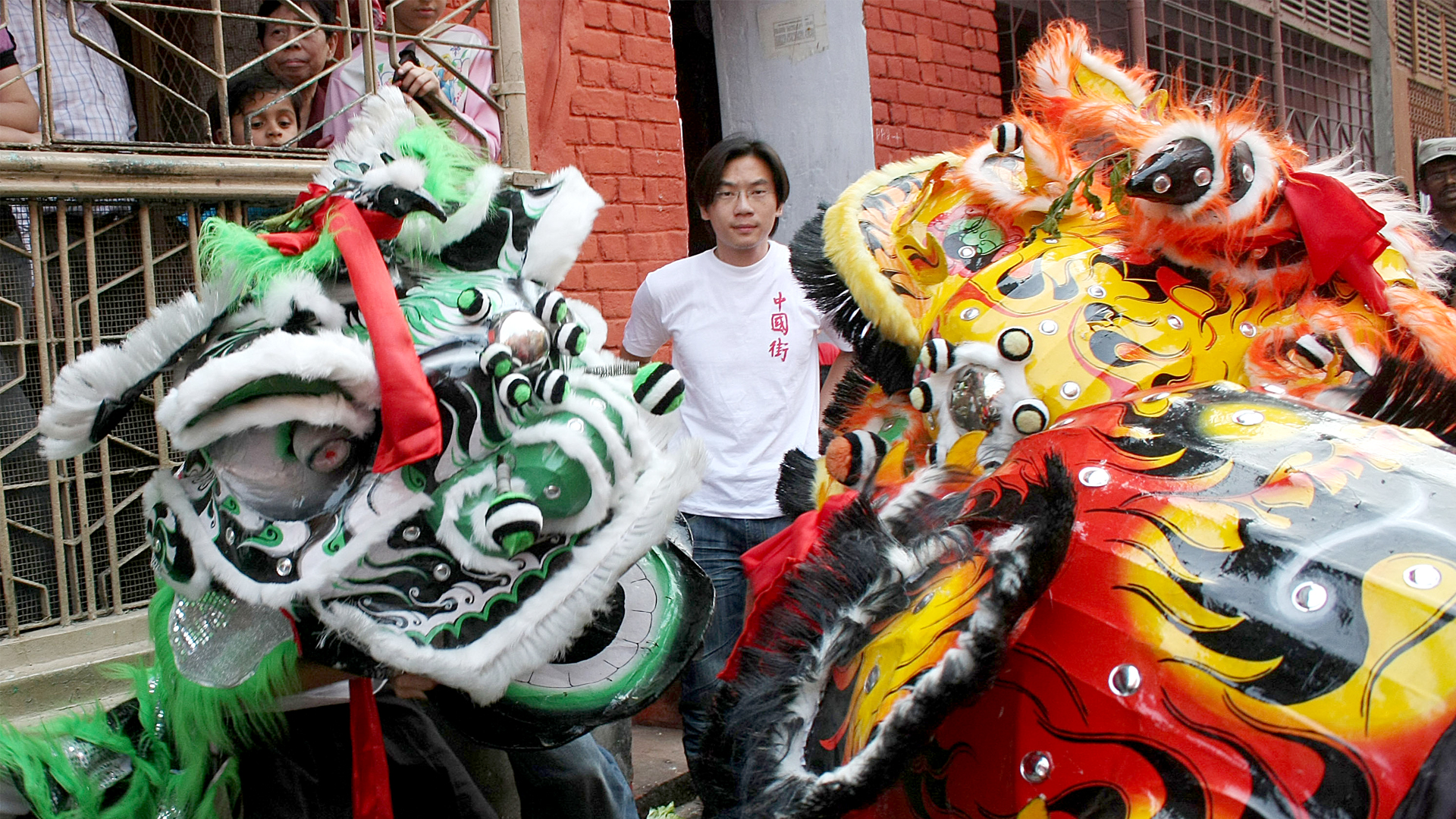 KOLKATA, India – A few years ago, Thomas Chen introduced his son to a very important ritual in his community during Chinese New Year festivities.

“It was a moment of great pride for me to teach my three-year-old how we offer prayers to our ancestors,” said Chen, an Indian of Chinese origin who lives in Kolkata’s Bowbazar. “It’s important to tell our children all about our cultural and religious heritage.”

Chen, who is the joint secretary of the Indian Chinese Association for Culture Welfare and Development in Kolkata, organizes spectacular cultural shows during the Chinese New Year celebrations in the city’s Tiretta Bazar, a cultural melting pot famous for its Chinese street food.

This year, the Chinese New Year, known as the Spring Festival in Chinese, falls on Feb. 12. The Chinese follow the lunar calendar.

“The Chinese New Year is the biggest festival for us — it’s like Durga Puja in Kolkata and Ganpati Puja in Mumbai (two of India’s largest festivals),” said Monica Liu, who owns five Chinese restaurants in Kolkata.

Chinese settlers have been a part of the Indian culture, particularly in Kolkata, over the past couple of centuries.

“While China has sent itinerant tradesmen, peripatetic monks or scholars and curious travelers to visit India at regular intervals throughout history, it is Yong Atchew who is acknowledged as the first Chinese settler in India,” Jawhar Sircar, a researcher, author and public speaker, wrote in an essay titled “The Chinese of Calcutta.”

He wrote that Atchew arrived around 1780, and his remains “lie beneath a sparkling scarlet horse-shoe shaped tomb on the banks of the Hooghly at Achipur, the village he founded fifteen miles south of Calcutta.”

Many Chinese from Kolkata and adjoining areas visit Atchew’s shrine, among others, during the Chinese New Year.

Indians of Chinese ancestry say at present there are around 2,500 people of Chinese origin in Kolkata.

“There has been no census of the community in recent years,” said Chen.

Kolkata is said to be the only Indian city with two Chinatowns — one in Tiretta Bazar in the heart of Kolkata, and the other in Tangra on the city’s eastern fringes that is known for its tanneries and Chinese restaurants.

Preparations for the New Year are in full swing in Tangra, where narrow lanes are already decked with fairy lights.

“Cultural shows are usually held five days prior to the New Year, but this year, we have canceled the shows in Tiretta Bazar because of the pandemic,” said Chen.

However, members of the community hope they will be able to follow all the important New Year rituals, including the lion or dragon dance on the streets of the Chinese-dominated neighborhoods.

For most of the families in Kolkata, celebrations begin on New Year’s Eve. Each Chinese home is cleaned thoroughly and decorated with red lanterns and paper cut-outs. Members of the community visit Chinese temples in the city to pray to their deities, including the temple at the Pei Mei School, one of the oldest Chinese schools in Tangra. Then the traditional lion dance performances are held. Groups of young Chinese men hold aloft larger-than-life lion masks in red, candy pink and yellow. They dance to the beat of drums and cymbals.

“Community members also gather at the Chinese Kali (Hindu goddess) temple in Tangra. After a brief pujo (a Bengali word for worship) there, we start the dragon dance,” said Sylvester Lo, a member of the Legend Warriors lion dance troupe based in Tangra.

The dance troupes visit every Chinese household in the area after their performance, and each family gives them a red packet, containing some token money, which is usually donated to charity.

“Because of the pandemic, we might have to reduce these visits or restrict them to a few families only,” said Joseph Chen, a third-generation Indian Chinese.

“Over the weekend, after New Year’s Day, there are plans afoot to organize a food festival, including Chinese and Indian delicacies, along with musical performances,” said Liu. “Sanitization and social distancing will be strictly maintained.”

While many are looking forward to the New Year celebrations, some are worried about celebrations during the pandemic.

“Many of the Chinese people in Kolkata are feeling a bit insecure,” said Francis Yee Lepcha, an Indian national of Chinese origin, who’s a musician. “There is a fear that they may get heckled or misunderstood when the community gathers in large numbers.”

Just before the lockdown began last March, when Lepcha was in the temple town of Puri in Odisha with his family, a group of guests objected to their checking in at a hotel. They claimed that the “Chinese” family could give them the coronavirus. Once he was back in Kolkata, Lepcha started sporting a T-shirt, that said, “I’m not some coronavirus. I was born in Kolkata and I’ve never even been to China.”

Joseph Chen, a partner in the Chang Hing Tannery in the Kolkata Leather Complex, said that many in his community suffer from an identity crisis.

“I for one can say that my body is Chinese, my mind is Indian, and my thoughts are very American, as we have received Western education, and all three identities battle with each other.”